THE NATIONAL Fire Chiefs Council has called for the Grenfell Tower Inquiry (GTI), which is set to resume next week to get to the truth about why such dangerous cladding came to be installed on the building – and ensure those responsible are held to account. 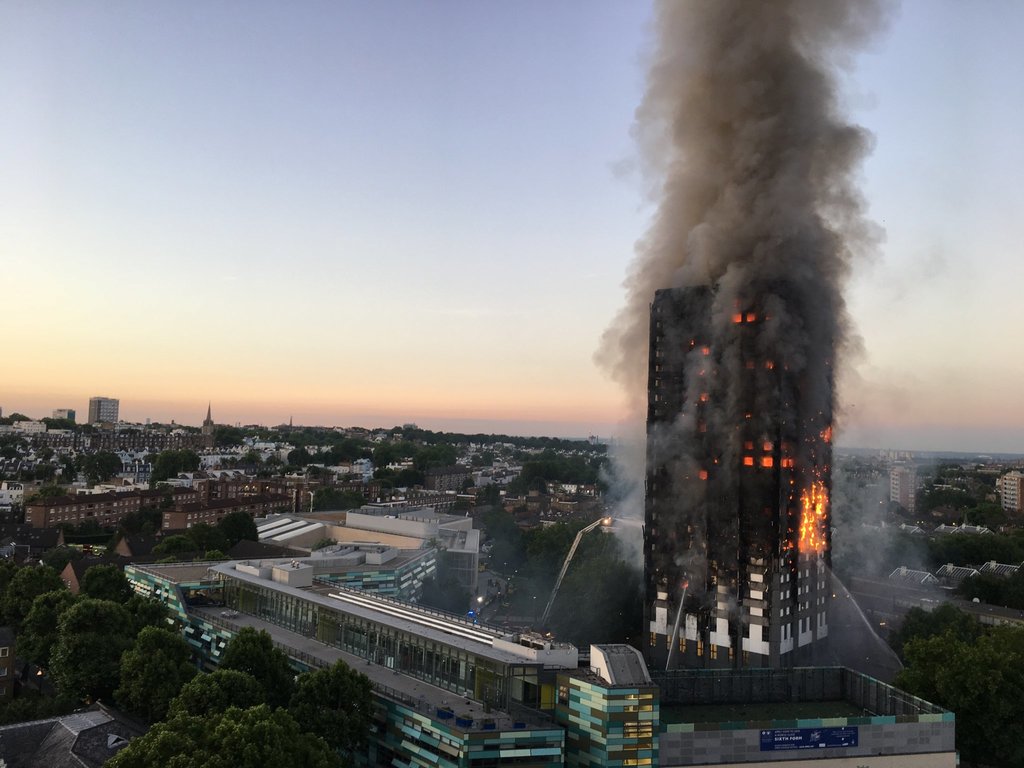 The first phase of the inquiry found the cladding system was the "principal" reason for the rapid and "profoundly shocking" spread of the fire. The second phase concentrates on how – and why – the building was clad in a flammable material during its refurbishment. Evidence presented so far includes:

NFCC Chair Roy Wilsher stated: “It is imperative we find out why a non-compliant, extremely dangerous cladding system was on Grenfell Tower, along with hundreds of other buildings across the country.

“The bereaved, survivors and families deserve answers and I truly hope they get the answers they need from Phase 2.”

In February, NFCC expressed shock following the opening evidence given to the second phase of the inquiry, including emails which suggested companies knew the components of the cladding system would fail in the event of a fire.

NFCC stated: “The evidence undoubtedly showed a clear lack of concern for fire safety and a blatant disregard for people. It made it clear manufacturers and distributors were fully aware of the flammability of the cladding. This disregard for safety undoubtedly contributed to the loss of life at Grenfell Tower.”

Mr Wilsher said: “The evidence presented was so shocking I am not sure how anyone – including London Fire Brigade – could have possibly known the building was wrapped in such a cladding system that so clearly breached building regulations.

“Firefighters faced an impossible situation when faced with the enormity of the fire, with no prior knowledge of the materials used in the refurbishment. The extraordinary work of firefighters on the night must be commended.

“As highlighted by expert witnesses in Phase 1 it was not reasonable the brigade should be expected to fully mitigate a fire arising from the installation of these materials, particularly where the brigade had never been informed that a combustible system had been installed in the first place.

“The Grenfell Tower fire was a tragedy waiting to happen; it is indefensible that we still have such cladding systems on buildings across the country. The Independent Expert Advisory Panel highlighted this cladding system is a level of risk beyond anything else we have seen and has noted that there was nothing else firefighters could do that wasn’t already procedure.

“Fire and Rescue Services are doing their utmost to minimise the risk; however, twenty years of building safety failure is not the responsibility of fire and rescue. Phase 2 should reemphasise the importance of the reform of building safety and how it needs to happen at pace.”

NFCC has repeatedly stated it is ‘wholly unacceptable’ that people are still living in dangerously clad buildings. Mark Hardingham, Chair of NFCC’s Protection and Business Safety Committee added: “It is only through better legislation, regulation and clear lines of responsibility we can ensure we do not see another tragedy of this scale unfold. The Grenfell Tower fire highlighted beyond doubt that the building safety regime was broken, yet three years’ later, tens of thousands of people are still living in buildings clad in the same or similar materials as that on Grenfell Tower.

NFCC also welcomed the decision earlier this year from the Attorney General not to grant any person or corporate entity involved in the refurbishment of Grenfell Tower immunity from future criminal prosecutions. Witnesses from Phase One of the GTI did not make such a request and gave unfettered, open and honest disclosure surrounding the tragic fire.