The food and beverage (F&B) industry includes all companies involved in processing raw food materials, as well as those packaging and distributing them. This includes fresh, prepared foods, packaged foods and both alcoholic and non-alcoholic beverages. Marion Barnham and Tracy Vernon look at gas detection in the food and beverage industry. 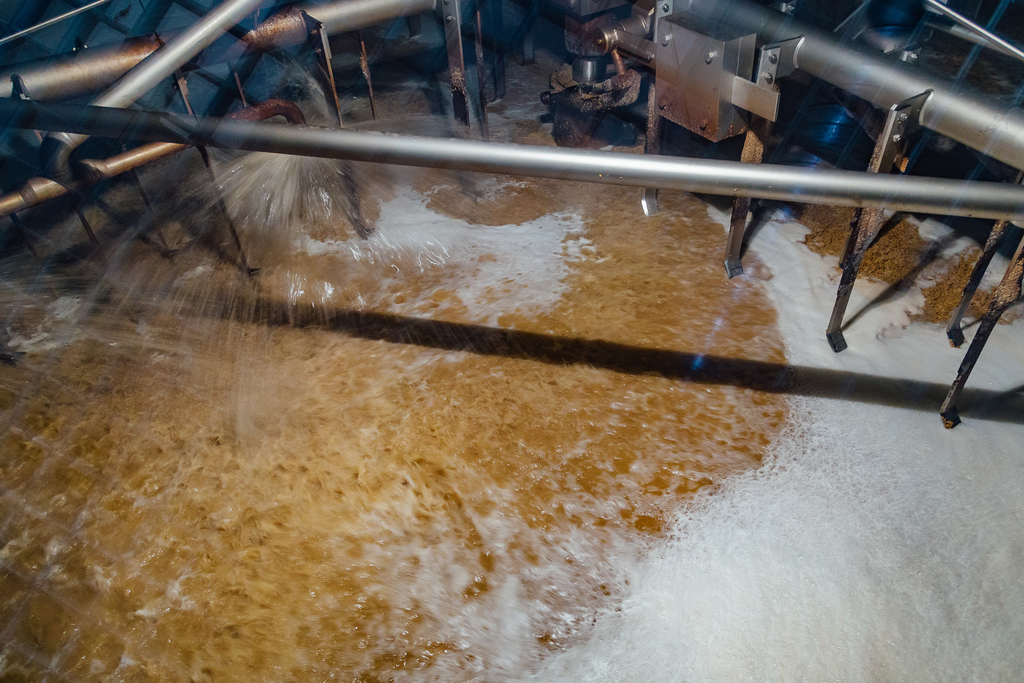 THE FOOD and beverage industry is divided into two major segments, which are the production and then distribution of edible goods. Production includes the processing of meats and cheeses as well as the creation of soft drinks, alcoholic beverages, packaged foods and other modified foods.

The manufacture and processing of food and beverages creates substantial risks of fire and toxic gas exposure. Many gases are used for baking, processing and refrigerating foods and these gases can be highly hazardous – either toxic, flammable or both.

Secondary food processing methods can involve fermentation, heating, chilling, dehydration or cooking, so this is typically where most of the gas hazards are found.

Many types of commercial food processing involve cooking and steam boilers are usually gas-fired (natural gas or LPG) or use a combination of gas and fuel oil. Natural gas is piped directly and consists mainly of methane (CH4), a highly combustible gas which is lighter than air.

In contrast, LPG consists mainly of propane (C3H8), which is highly combustible but heavier than air and usually requires an on-site fuel storage tank where forced mechanical ventilation must be included, in case of leakage.

A gas detection system is required for any gas-powered structure and for underground/basement boiler rooms. This will trigger alarms and actuators in case of any gas leak. It will also shut down the gas and power supply, except that required for devices intended to operate in explosive atmospheres, low voltage power and emergency lighting.

The F&B industry takes hygiene very seriously, as the slightest contamination could provide an ideal breeding ground for germs. The sector therefore demands rigorous cleaning and disinfection, which must meet industry standards.

In any combination, chlorine compounds are hazardous and exposure to parts per million (ppm) concentrations of chlorine can cause severe health issues.

Chlorine storage requires a gas detection system to be installed, typically with a relay output to trigger ventilation fans or similar, as soon as a high level of chlorine is detected.

Food packaging serves many purposes. It allows food to be transported and stored safely, protects food, standardises portion sizes and provides information about the product.

Packagers often use nitrogen (N2) flushing methods for preserving and storing their products. Nitrogen is a non-reactive, non-odorous and non-toxic gas. It prevents oxidation of fresh food with sugars or fats, stops the growth of dangerous bacteria and inhibits spoilage, therefore extending the shelf life. Lastly, it prevents packages from collapsing by creating a pressurized atmosphere.

Nitrogen can be generated on site using generators or delivered in cylinders. Gas generators are cost effective and provide an uninterrupted supply of gas.

However, nitrogen is an asphyxiant capable of displacing oxygen in air. Because it has no smell and is non-toxic, workers may not become aware of low oxygen conditions until it is too late. Oxygen levels below 19% will cause dizziness and loss of consciousness. To prevent this, an oxygen depletion fixed gas detection system should be installed in packaging areas to monitor oxygen levels and ensure the safety of workers through early detection of any leaks.

Refrigeration facilities in the F&B industry are used to keep food consistently cool for long periods of time.

Large-scale food storage facilities often use systems based on anhydrous ammonia (> 50% NH3), as it is efficient and economical. However, ammonia is both toxic and flammable. It is lighter than air where no moisture is present but becomes heavier than air in a moist environment and fills up enclosed spaces rapidly. Ammonia can become flammable in an enclosed space where a source of ignition is present, or if a vessel of anhydrous ammonia is exposed to fire. It is stored as a gas or compressed liquid, with no moisture present.

Ammonia is detected with electro-chemical (toxic) and catalytic (flammable) sensor technology. Portable and wearable detection, including single- or multi-gas detectors, can monitor instantaneous and TWA exposure to toxic levels of NH3.

Fixed detection systems include a combination of toxic- and flammable-level detectors connected to local control panels – usually supplied as part of a cooling system. Fixed systems can also be used for process over-rides and ventilation control. Ammonia monitoring is one example of how detector placement should be carefully considered, as ammonia will fill up breathing spaces rapidly.

In some cases, traditional approaches have been scaled up or are used under more stringent monitoring. Elsewhere, innovations such as nitrogen-pressurised canning/bottling have been introduced. Overall, appreciation and understanding of the associated gas hazards, and the need to protect workers from toxic gas exposure and asphyxiation risks, has grown.

Situations that generate gas hazards within wineries and breweries include:

Once wine is bottled and beer is packaged, the product must be delivered to the relevant outlets. This commonly includes distribution companies, warehousing and in the case of breweries, draymen. Beer and soft drinks use carbon dioxide or a mix of carbon dioxide (CO2) and nitrogen as a way of delivering a beverage to the ‘tap’. These gases also give beer a longer-lasting head and improve the quality and taste.

Workers should be aware that gas-related hazards arise in any activity at premises that contain compressed gas cylinders, due to the risk of increased carbon dioxide levels or depleted oxygen levels (due to high levels of nitrogen).

CO2 occurs naturally in the atmosphere (0.04%). It is colourless and odourless, heavier than air and if it escapes, will tend to sink to the floor. CO2 collects in cellars and at the bottom of containers and confined spaces such as tanks and silos. It is generated in large amounts during fermentation and also injected into beverages during carbonation.

Fixed systems are bespoke and are often designed, installed, commissioned and maintained by one supplier for continuity. Output from controllers can alert a central control room or building management system (BMS), either from new or integrated into an existing system.

Marion Barnham is marketing director at Crowcon and Tracy Vernon is director of marketing & communications at Shawcity. For more information, visit www.shawcity.co.uk