Something in the air

Despite nearly two decades of regulations, harmful dusts and vapours and gases in the air are still killing workers. Tim Turney looks at how to provide a safer working environment. 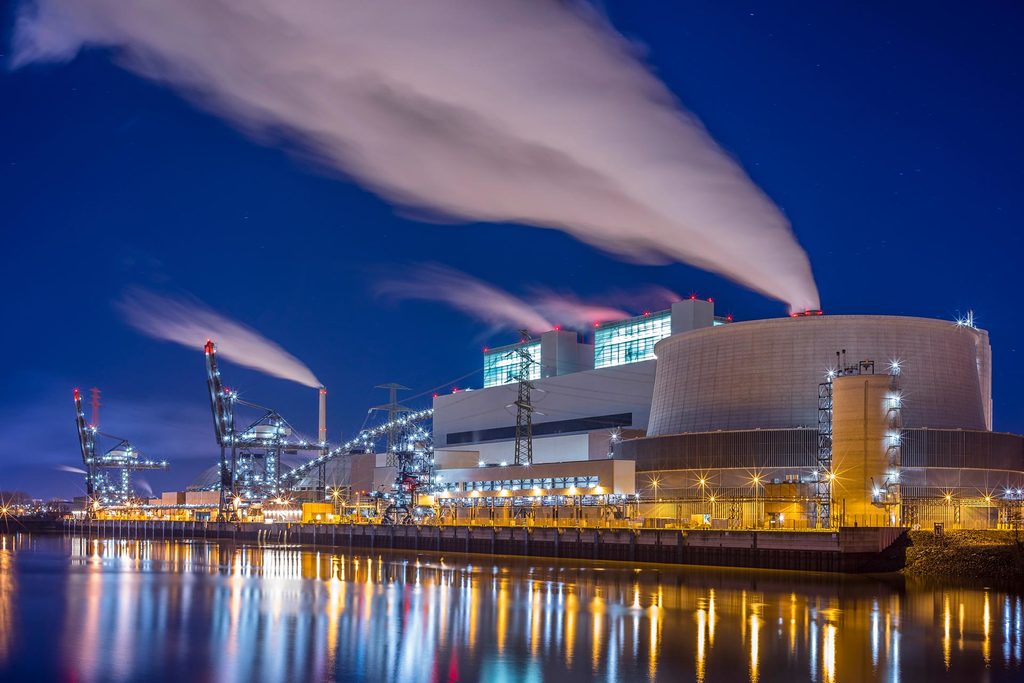 THIS YEAR marks the 20th anniversary of the EU Chemical Agents Directive1 but health and safety professionals will probably be more familiar with its implementation in the UK as the Control of Substances Hazardous to Health (CoSHH) Regulations (2002). Many industrial sectors, ranging from oil and gas to petrochemical and pharmaceutical to diverse manufacturing as well as construction, have the potential to expose employees to harmful dusts, vapours and gases during normal operations or plant maintenance. But, despite nearly two decades of regulations, there are still an estimated 13,000 deaths each year linked to past exposure at work primarily to chemicals or dust according to the HSE(2).

Inhalation is usually the most significant route of entry into the body, so it is vitally important to do a quantitative risk assessment and/or to check the effectiveness of any control measures. However, the methods for air sampling, often the preserve of occupational Hygienists and consultants, are less familiar, so this article aims to provide a brief overview.

In general terms, a known volume of air is drawn through a sampling medium using a battery powered air sampling pump which is used to determine a concentration expressed either as parts per million (ppm) or as a weight of material per cubic metre of air (mg/m3), which can be compared to a daily occupational limit. A typical set up would look like that in Figure 1, with the sampling head positioned on the shoulder but within the breathing zone (a 30 cm radius circle centred on the nose and mouth) connected to the pump using a length of flexible polymer tubing e.g. Tygon. For particulates and fumes the media would be a filter or suitable solid media and for most gases and vapours through a sorbent tube.

Care has to be taken to route the tubing such that it does not impede the worker or get kinked which might otherwise interrupt the sample flow. Sampling pumps are designed to maintain a constant flow irrespective of any loading caused by the collected sample (known as backpressure) and will attempt to restart if a flow fault is detected but may only attempt to restart a few times before stopping. A flow fault is normally displayed, usually a high visibility light on the pump itself or as an alert on a smartphone in the case of more modern Bluetooth connected pumps. This latter feature is very useful because it means that the progress of the sample can be checked from a discrete distance without disturbing the worker who may already be a reluctant 'volunteer'. Having to repeat an entire shift's sampling can be very frustrating and costly!

In the case of monitoring vapours, it is also possible to measure background exposure via diffusive or passive sampling, which does not require a pump. These are sealed badges, which are opened for sampling, worn on the person for the recommended time, sealed and sent off for analysis. For area 'grab samples' of gases, whereby a volume is taken for later laboratory analysis, a special bag is used e.g. Tedlar, in combination with an air sampling pump. This can be especially useful if the contaminants in the air are unknown.

Despite the relatively simple principal, determining what equipment and methods can be quite complicated but help is at hand in the form of guides from the HSE3 known as methods for the determination of hazardous substances (MDHS). Websites such as that from Casella4 also provide a searchable database of hazardous chemicals which link to the appropriate MDHS, suggested proprietary equipment, required flow rate and the occupational exposure limit value (OEL) also known as the workplace exposure limit (WEL). Since the original EU Directive, there have been a number of revisions to the 'recommended' or indicative occupational exposure limit values (IOEL). Now in its 4th revision some chemical exposures have been radically reduced and it is worth checking if this affects you by referring to the very latest version of EH405. Workplace exposure limits published in August 2018.

As with other instruments used for legal metrology e.g. sound level meters and noise dosimeters, the performance of personal air sampling pumps is governed by an internationally recognised standard, ISO 13137:20136. In addition to the pump having a high back pressure capability, the ability to maintain a constant flow rate within +/- 5% is vitally important. Due to the nature of the internal pump mechanism’s design there is also a little-known effect known as pulsation, which must be kept within +/- 10%. Reports7 in the USA have highlighted issues with many older pumps on the market which did not meet this part of the standard. A review8 is currently being conducted in France, the results of which due to be published later in 2018 and awaited with interest.

What is generically referred to as dust are particles of solid material around 1µm to 1mm diameter; larger particles are too heavy to remain airborne. Fumes are smaller still and are solid particles formed by condensation from a gas and the particle size is typically <1µm.

There are different exposure limits for total inhalable dust and respirable dust. The former is the fraction of particulates that enters the nose and mouth during breathing and can be deposited anywhere in the respiratory tract. Respirable dust, however, is smaller and can penetrate into the deep into the lung where gas exchange takes place and can pose a serious health hazard. Different sample heads are therefore required to measure these different fractions.

For total inhalable dust, sampling media (filters) are placed inside the head and air is drawn at 2 litres per minute through the filter. The filter is weighed both before and after sampling to determine the amount of dust collected.

For the respirable fraction sampling heads or ‘cyclone’ heads are specifically designed to separate out the smaller dust fractions collecting particle sizes of <10µm onto filters. Pump pulsation was mentioned earlier and that is specifically important for cyclone heads where a steady flow rate is essential to give the correct size cut.

Filters are available in a number of different materials; the most common type is glass fibre where gravimetric weighing is the only analysis. If further analysis is required or the hazard being sampled is corrosive or if there is interference with glass fibre then other types are recommended, e.g. mixed cellulose ester (MCE), PVC, PTFE, polycarbonate, quartz and silver. Filters are also available pre-weighed or pre-loaded into cassettes. The concentration can be calculated using the following formula, which highlights the importance of a stable flow rate.

Solvents, gases and vapours are sampled actively in a similar way to particulates but instead of filter and head, a sorbent tube is used (or sometimes a bubbler/impinger but not detailed here).

Figure 2 shows a typical sample train using a sorbent tube. The ends of the glass sorbent tube are broken off and inserted into a tube holder, which is then connected to a personal sampling pump. The flow rate is much lower (typically 20-200ml/min) and so either a dedicated low flow pump or a medium flow pump with a low flow adaptor e.g. Apex2, can be used. The sorbent tube contains a material, which adsorbs the vapour or gas onto its surface during sampling. Charcoal is the most common sorbent material but silica gel, chromopak, tenax and others are also used dependent on the standard method. Most tubes have two layers of material; the shorter layer is the ‘back up’ and should be closest to the sampling pump inlet. Samples are taken with the tube in a near vertical position on the body. The two layers are analysed separately and if the ‘back up’ layer is more than 10% of the main layer, the tube is deemed to be saturated and another sample must be taken but with different parameters e.g. time, flow rate, size of tube etc.

The MDHS method will recommend a flow rate that needs to be set on the pump using a calibrator prior to and post sampling. A simple rotameter may be used but a digital flowmeter is preferred for better precision and accuracy. Recent developments also allow pulsation to be checked in the field which was once only achievable in the laboratory.

This article can only try to give a flavour of what is a scientific discipline but there is plenty of detailed information and guidance available from the HSE and pump manufacturers themselves. It is a case of caveat emptor when buying what is often thought of as ‘just a pump’ but recent developments in both pump and calibrator design mean that users can have confidence in the sampling process which has been significantly simplified. Happy sampling!