Why is it that people say such nice things to you, and about you, after you announce your resignation? Louise Ward looks at the importance of positive feedback. 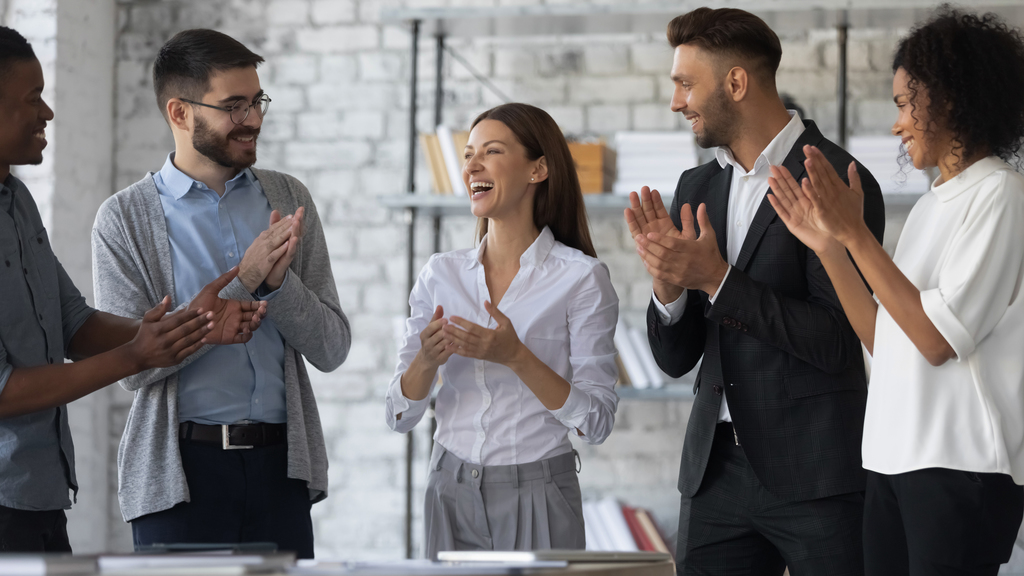 I’M ABOUT to move on to a new role. It’s a great career step for me, and while I’ve really enjoyed my time at Siemens, and will miss my wonderful team terribly, the time is right for a fresh start and a new set of challenges.

Following the announcement of my resignation I’ve been really surprised by all the lovely feedback that I’ve received from staff, colleagues, and external stakeholders. It’s humbling to think that I have made a positive impact for so many people, but I wonder why it is that they didn’t share this feedback with me more proactively? Who knows, maybe I would have stayed a bit longer if I’d known how much they appreciate my skills, experience, and delivery!

The truth is that we’re not generally very good at sharing positive feedback. In the modern service society, we’ve all developed the skills needed to complain when standards fall below our expectations, but I think we’re less comfortable in delivering positive messages. I’m sure lots of people consider it, but perhaps pull back, concerned that they might sound patronising or condescending in some way.

Lots of organisations have attempted to plug the gap with reward and recognition schemes that allow staff to nominate colleagues for an award. Some of these offer small fixed price payments for work well done, others offer a points system where recipients can accumulate points and then trade them in for vouchers, experiences or other similar products. All well intentioned I’m sure, and potentially also well received, but it all feels a bit ‘hands off’ and impersonal’ to me. I don’t think that a few pounds worth of reward points would have touched me in the same way as the genuine, heartfelt, emails and calls that I have received from my colleagues since announcing my departure.

Anyone who has children, or indeed pets, will testify to the impact of positive feedback. There’s a whole heap of research which demonstrates that praising positive behaviours is far more likely to deliver lasting change than sanctioning negative behaviours, and I believe that this is a cornerstone for establishing a positive and engaged culture in any workplace. Much work has been done to support effective conversations around safety, wellbeing and health, so how can we extend this to encourage positive feedback?

I think much of this is about leadership.

In a former role I was involved in a site visit on a highly complex safety critical project. It did not go well, and I was really concerned about the observations that I made during the visit. As a result, I stood the site down and sat with the project leader to discuss my findings. He listened actively as I talked, and he accepted all of the remedial actions that I proposed without question, then asked me what I’d seen during the visit that had impressed me. I was ashamed to realise that I’d got so caught up in the negative that I had completely failed to celebrate the positives, of which there were also many, but the project leader knew how to motivate his team, and when he fed back to them all stood down in the mess room he led with the positives. He thanked the team for hosting my visit and celebrated some of the positive observations, then he expressed concern about the number of areas where performance was not as he expected and asked for their help in addressing these. He ended with a really empowering statement about his confidence in the team and their ability to address the issues, and sent them away smiling and committed to delivering improvement.

I think this was an example of exemplary leadership which really demonstrated the power of positive feedback. He could have shouted and blamed and complained, but instead he engaged everyone in a collective commitment to improve, and I’m certain that it led to a far more positive and persistent change, both on the site and in the people involved.

I’ve tried to adopt this approach myself, and I’ve seen real benefits. I try to look for something positive in every interaction, to think about what this means to me and why I’m appreciative. I then seek to offer genuine acknowledgement and targeted and specific thanks in an open and honest way. I’m not saying I get it right all the time, but I am committed to making this part of the way that I work. I hope that this means my team are always aware that they are appreciated and valued rather than only finding out once they’ve decided to leave!

Louise Ward is the health, safety and environment director at Siemens. For more information, visit www.siemens.com/mobility