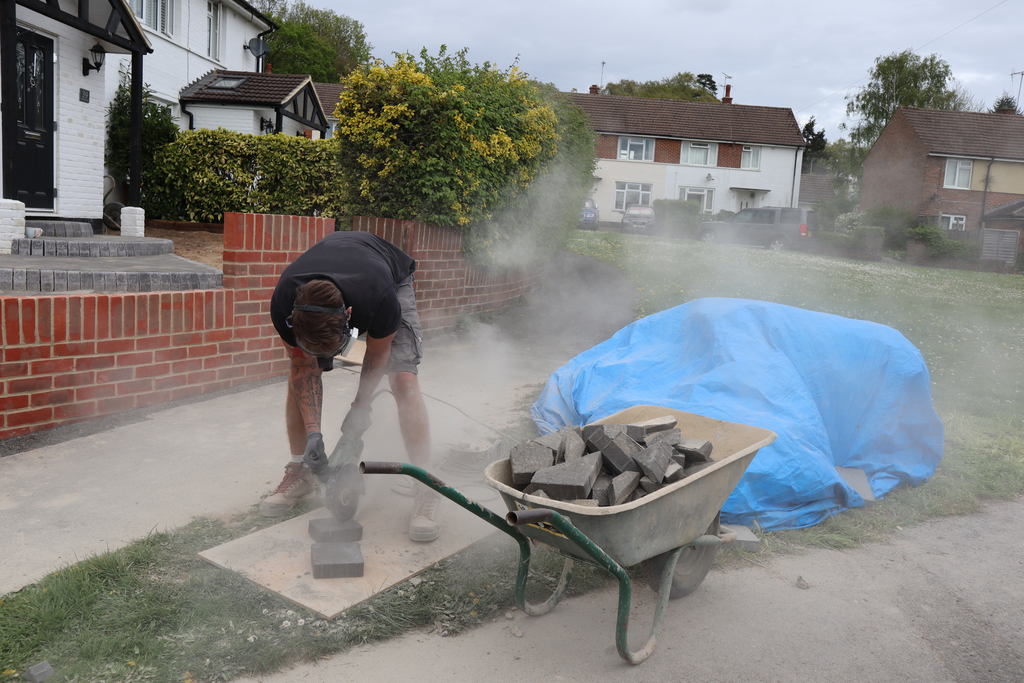 According to HSE statistics occupational lung disease claims 12,000 lives a year so it’s no surprise that dealing with dust has become one of the regulator’s top priorities with serious fines for companies who fail to manage the hazard effectively.

Regularly breathing in even small amounts of construction dust over time damages the lungs and airways causing lung diseases including lung cancer; silicosis; Chronic Obstructive Pulmonary Disorder (COPD) and asthma. Unfortunately, by the time the damage is noticeable the conditions have often become difficult to treat.

In December 2017 a London based building contractor, MY Construction & Carpentry Limited (MY Construction), was fined £40,000 and ordered to pay costs of £2313.10 after failing to plan, manage and monitor work under its control, leading to gross exposure of workers to Respirable Crystalline Silica (RCS) otherwise known as silica dust, one of the three main types of Construction Dust along with non-silica dust and wood dust.

An investigation by the Health and Safety Executive (HSE) found that failures in health and safety management had led to numerous issues on site. Workers were not informed of the dangers of inhaling the dust, they were not made aware of the correct controls, and the work was not supervised by a competent person.

“This number can be reduced by those in control of the work through adequate planning, managing and monitoring of the work on site.

“MY Construction has been repeatedly warned by HSE about the dangers of silica, and has today been held to account for failing to take adequate action to protect the health and safety of its workers.”

Such cases serve as a reminder of how seriously the HSE takes exposure to dangerous dust and also demonstrate how, following changes to the sentencing guidelines which came into force in February 2016, companies can now receive significant fines for putting employees at risk of harm as well as for causing actual demonstrable harm.

Because construction dust is classified as PM10 - particulate matter less than 10 microns in diameter, invisible to the naked eye it also affects air quality - which is an issue that is rising up the agenda, especially in London where there is deemed to be an air pollution crisis. In fact in March 2018 the Environment, Food and Rural Affairs, Environmental Audit, Health and Social Care, and Transport Committees published a joint report on improving air quality that suggested the situation is so severe a new Clean Air Act is necessary to tackle what is described as “a national health emergency”.

This follows the launch of new guidance on the assessment of dust from demolition and construction by the Institute of Air Quality Management in 2014. The Chair of the working group who prepared the guidance, Dr Claire Holman, comments: “The potential for construction dust is often given scant consideration in the planning process, yet it can increase particulate matter in the air causing health effects as well as annoying the local community. There is no excuse. Demolition and construction dust can be well controlled using established methods. This guidance is important because it provides a method for assessing the risk and determining the appropriate mitigation measures that should be used.”

With this in mind there is increasing pressure on construction companies to examine where they can make improvements in managing construction dust.

Choosing & using RPE
Thanks in part to campaigns such as Clean Air Take Care, a joint initiative between the BSIF and the Health & Safety Executive (HSE) aimed at reducing occupational respiratory disease and the CITB led Construction Dust Partnership, there is growing understanding of the need for suitable respiratory equipment. Guidance on selecting the correct respiratory equipment is now readily and freely available and it is becoming less common to see workers on large construction sites without RPE. Thankfully it is also becoming more common to see workers on smaller sites with RPE.

This is helped by the fact that respiratory devices are themselves becoming easier to fit and wear. Innovations in RPE include improved comfort and fit with fit-checking methods being built into the RPE’s design.

However there is evidence that there is still more work to be done around fit testing. According to the fit2fit initiative, research indicates that up to 50% of all RPE used does not offer the wearer the level of protection assumed and one of the major reasons is that it simply does not fit. Yet, under the regulations RPE must be correctly selected and this includes, for many types of RPE, a face piece Fit Test conducted by a competent person.

Other obvious areas for improvement include making sure those working around someone generating dust are protected as well as the worker who is generating dust themselves. It’s not uncommon to see unprotected workers working closely to workers who are generating construction dust - this is of particular concern given the invisible nature of a lot of dangerous dust.

Controlling construction dust
Improvements in RPE adoption are welcome but as with any form of PPE it is the last line of defence and dealing with dust at source is the priority. According to regulations set out in COSHH, companies must assess control and review the risks from dust to ensure exposure doesn't exceed the Workplace Exposure Limits (WEL). The HSE recommends looking at ways of limiting the amount of dust you might make before starting work by, for example, using the right size of building materials so less cutting or preparation is needed or using a different method of work altogether – e.g. using a nail gun to directly fasten cable trays instead of drilling holes first.

Where creating dust is unavoidable the HSE says the most important thing is to stop the dust getting into the air. There are two main ways of doing so, the first of which is to use water to damp down dust clouds. The HSE suggests this is very effective provided it is done correctly which means using enough water for the whole time that the work is being done. Just wetting an area of ground before cutting does not work.

The other main method of stopping dust getting into the air is via vacuum extraction – specially designed tools can be fitted with an industrial vacuum unit that sucks the dust away as it is being created and stores it until emptied. It is also a useful method of cleaning up. Awareness of the need for suitable dust extraction is increasing with some sites only permitting access if contractors and tradespeople have dust extraction. There is also a move among larger sites to completely ban sweeping, which recirculates dust, in favour of vacuuming.

The role of power tool manufacturers

Given that a significant proportion of construction dust is created through the use of power tools the power tool manufacturers have an important role to play in reducing dust and are making decent progress as demand for safer, cleaner tools grows.

Several power tool manufacturers including Bosch, DEWALT, Hilti and Milwaukee now offer hollow drill bits which attach to a vacuum for built-in dust collection that has the bonus of making drilling faster and more efficient.

Bosch is also concentrating on its Click and Clean systems with stand alone mains powered wet and dry extractors with HEPA filters as well as a very affordable 10 litre cordless extractor which uses the same 18 volt battery platform as their cordless power tools. It is hoped that the smaller contractor (white van man) will adopt this system and keep it on site for all jobs. The fact that it is portable and can handle liquids makes it a very versatile system.

Hilti meanwhile has a research centre dedicated to dust. As their core business lies in civil and commercial construction they have some high end solutions which include wet diamond drilling rigs that remove the dust slurry before recirculating the water to the cutting core. There is a school of thought that wet drilling is a more effective way of controlling dust and the mission for Hilti is to manage the water so their wet systems can be used in occupied buildings.

Despite these innovations and evidence of growth in awareness of the dangers of dust it is still not unusual on smaller domestic sites to see builders and, in particular, roofers cutting concrete tiles with dry diamond discs surrounding the neighbouring properties in silica dust. At present very few of the general population appreciate the health hazards associated with construction dust but this is changing. As awareness of the impact of air quality on health grows and people are able to monitor their local air quality using their mobile phone, tolerance of activities that have a negative impact on air quality is likely to fall. Under the Environmental  Protection Act 1990 dust can be judged to be causing a statutory nuisance to neighbouring properties and complaints can result in prosecutions. When that becomes common knowledge there may be real progress on the war on construction dust.