Following the horrific fire at Grenfell Tower in 2017 Camden Council have decided to make a step change to their approach to the safety of residents, delegates at The Health & Safety Event were told today (12th April). 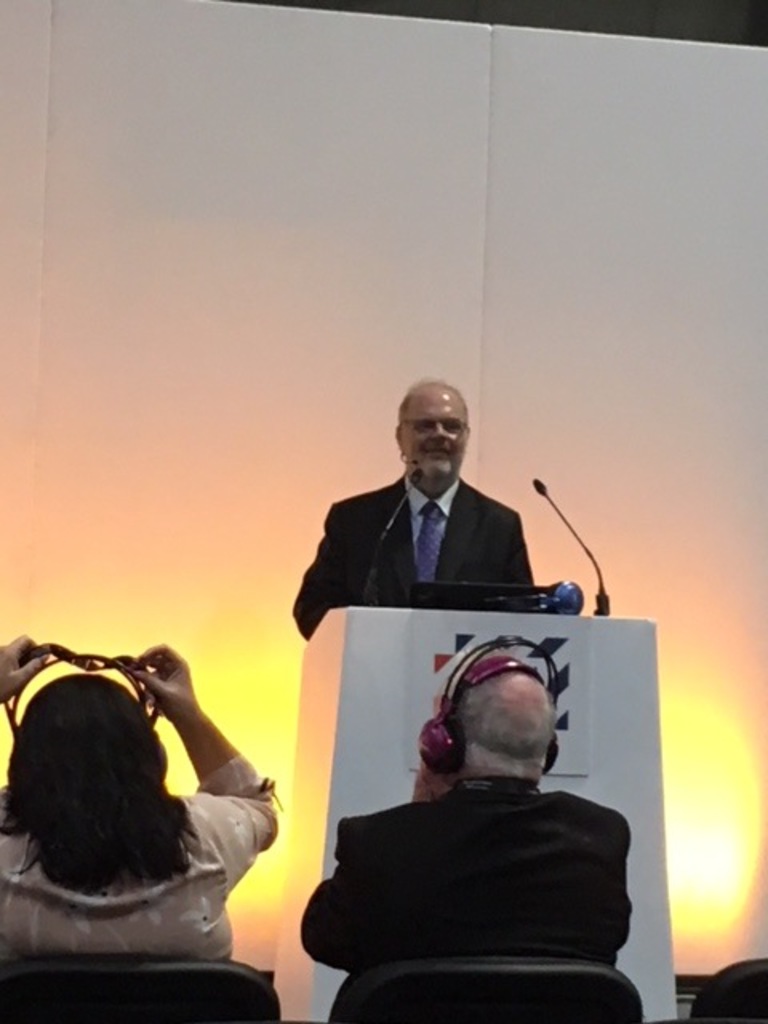 Keith Scott, Camden Council's first director of resident safety, informed the audience in the conference theatre of the work they are doing to bring this about.

He explained that a resident survey, carried out in 2017, has been key to learning what's important for residents.

With almost 300 responses expressing diverse opinions, the results have played an important part in shaping the future of resident safety in the Camden Council area, Keith said.

The results identified security followed by fire safety, the physical condition of the building, information, education and engagement; residents role and responsibilities; and enforcement as significant areas of focus going forward.

Keith said: "I knew as a safety man what I thought was important - safe systems of work for safety critical parts of the building and the systems - but now I have a clearer understanding of what was important for the residents."

Identifying the safety hazard profile of the housing stock was another challenge, as each building will have a different hazard profile and therefore different control measures which will need to be communicated to the residents.

"Gaining the trust of residents is also crucial because in the light of Grenfell, in the light of what I was seeing, and the local authority, it's really important that we regain that trust," Keith said.

He added that using the available resources in a risk based approach to target the life threatening hazards, is another challenge, along with how to maintain momentum and the commitments that Camden has initiated.

Keith also touched on the findings of Judith Hackitt's review. Launched following the Grenfell Tower fire, it has so far found existing building regulations and fire safety for high rises to be over-complicated and disjointed.

Keith went into detail on what needs to be considered when implementing a fire risk management system, and what is and isn't covered by The Regulatory Reform (Fire Safety) Order 2005 (also known as RRO).

For example, the RRO does not apply to individual dwellings, i.e. beyond the flat entrance door, and so does not include measures to protect residents from a fire within their home.

"The RRO is concerned with fire safety within the common parts so we can start looking at those," Keith said.

Camden has reviewed the quality and processes for fire risk assessments, which includes introducing a policy to carry out enhanced Fire Risk Assessments (FRA), commonly known as Type 3 and Type 4, which go beyond the scope of the RRO.

He added: "Engagement is very important and so we've changed the practice of FRA. We always make sure we have someone from the property team with the fire risk assessor, with all of the documents and access they would need to gain. We also invite a member of the tenants and residents to join us on the FRA so they can walk round.

"The residents know all the uses and abuses of the property. They very often know more about the history of the block because they've lived there 30 or 40 years than you do. So it's a really good source of learning about the blocks history but also sharing that knowledge of having them involved in the process, creating trust, and transparency."

In order to be open and transparent, all new Fire Risk Assessments (FRAs) will be published on the Camden Open Data portal which all residents and the general public can access. FRAs will also be available within each block.

Camden will also take into account any recommendations of the Resident Fire Safety Panel and will report back on progress. Introduced in January, the panel meets quarterly and is comprised of residents who are representative of the borough and the types of premises, the London Fire Brigade, councillors and senior officers.

As well as initiating a process of rebuilding trust with residents, the council has identified a five pillar strategy for resident safety leadership that goes wider than fire. The five pillars are: safe place, safe people, engagement, performance and governance.

Keith elaborated: "You need a safe place but you also need a safe person strategy because without those two being covered you have unsafe conditions.

"Engagement is a central pillar; once we've identified who the players are in the safe place strategy and safe person how do we engage with all of those people, how do we make them feel part of that and get them to input into that? Performance is very important. Are we doing what we expect to see? Obviously governance comes in on that too - are we doing what we should?  Is somebody horizon-scanning?"

He added: "All of that combines to provide information, transparency and partnership and hopefully that will generate trust amongst everybody - officers as well as the members, residents and the multi-agencies that work with us to keep people safe."

Keith explained that the council's other achievements to date include revising organisations' safety policy and arrangements; monthly meetings with the borough fire manager (LFB); appointing resident engagement and property safety lead officers; working successfully with residents and LFB to manage 'change of condition' events; and improving safety competency for officers and residents.

He added: "It's not just all about property safety, it's about the culture supporting good decision making, even scrutiny from the higher levels, which if there isn't it won't get done."

In two years time, Keith expects residents to not only be safer but feel safer because life safety hazards will be removed; residual risks will be controlled where the hazards cannot be removed; standards will be complied with and improvements identified; and residents will be and feel like meaningful partners.