The nature of work is changing and with it the nature of risk, David Snowball told delegates in the conference theatre at The Health & Safety Event today (11th April). 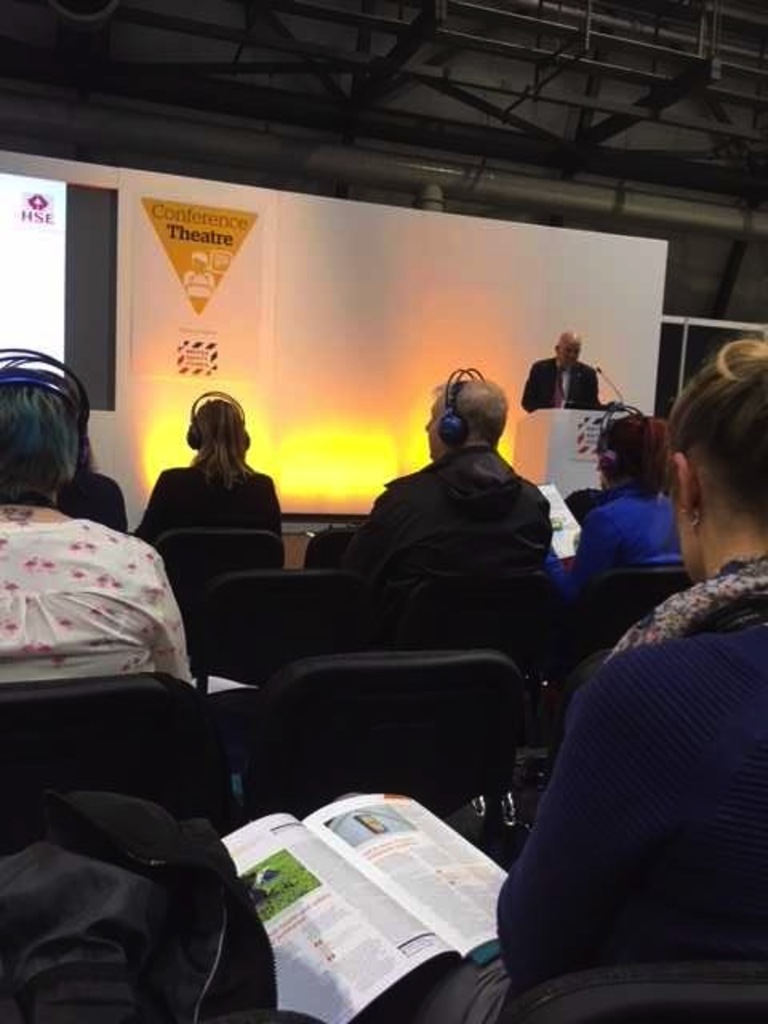 The director of regulation at the Health & Safety Executive (HSE) took to the stand to examine regulatory priorities amongst a changing health and safety landscape.

He began by identifying the things that could throw them off course on regulation as: the competence of the regulators, the credibility of the legal framework, an unforeseeable catastrophe with massive consequences, and a potential collapse of confidence within the regulator itself.

"For me there is a couple of lessons for the regulator there. Regulators shouldn't dabble. We shouldn't spread our activity too widely and smear ourselves across a wide range of activity. We've got to focus in and we've got to target. The better we do that the more likely we are to get amplification across the system."

He added: "There's about £1.5 million businesses in the UK that the HSE could intervene with, but we shouldn't try to because that un-strips the basic principle of health and safety law which is: if you make a risk, you manage it - it's not the regulators job to manage it for you, but there's all sorts of things the regulator can do to energise the system and make sure the system has got a feedback loop etc."

David went on to say that "the foundations of an effective health and safety system are made up of three things: a modern legal framework, an engaged dutyholder, and an effective regulator".

On the second point he expanded: "If duty holders don't engage, you're left with the unpleasant situation of a regulator trying to make second guess decisions on their behalf.

"So, the health and safety strategy for the wider system, 'Helping GB Work Well', that's not an empty attempt by HSE to hold out the hand of friendship, and say please come and help us, that's a genuine offer from HSE to say we can't do this on our own. There are people in the system who are engaged, are you prepared to help us work together to achieve better health and safety outcomes in UK workplaces?"

Changes to the nature of work and risk

When the government published a report last year called Regulatory Futures there were two things they said that in future all regulation should be looking to achieve.

David elaborated: "One was if regulation is going to be able to pay its way and recover its costs in circumstances where people have broken the law, and the other was self assurance and the extent to which a regulator can take assurance as an adequate demonstration that a business is properly managing health and safety. Those are quite big concepts - they're not throwaway ideas because our regulatory muscle memory is not always a good idea as to what is going to be important in the future."

For example, David said that with the rise of the gig economy we need to be asking questions such as: "Is an Uber driver at work and are they being properly cared for in terms of health and safety? Who owns risk in complicated workplaces? What are the alternative inspections we can take?"

David described trying to set regulatory priorities as trying to solve a rubric cube. The HSE divides the UK economy into 19 different sectors e.g. mines, fairgrounds, oil and gas, agriculture, leisure - to give it a reasonable chance to make sense of it all.

The tactics that the HSE adopts in agriculture, for instance, are not the same that it follows in waste and recycling.

It also segregates within the sectors. "For example within construction we've spent a huge amount of time on the lower end of the businesses - refurbishment, fast turnaround, often cost-cutting jobs where the problems lie," David said.

While there is a market research based approach to dealing with industry problems, sitting on top of all of that are HSE's three key health priorities - occupational lung disease, musculoskeletal disorders and work-related stress.

According to David, "the golden fleece for health and safety management is really good leading indicators - knowing what's going well in order to prevent something that could go wrong".

He concluded his presentation by saying: "Health and safety regulation now and in the future - it's not a competition to find the most hazards, it's a competition to find the best outcome, and if the all the things that the regulator does - inspection, investigation, guidance, communications, advice etc. - and the duty-holding population is on the right, success for me is an aligned set of expectations with the possibility of all of those things happening at the right time and to the right degree - that should be the goal."