The HSM Campaigns Hub provides you with information on the latest health & safety initiatives and guidance on how you can get involved. This issue, Hannah Mansell introduces Fire Door Safety Week, an annual campaign aimed at ensuring landlords install suitable fire doors 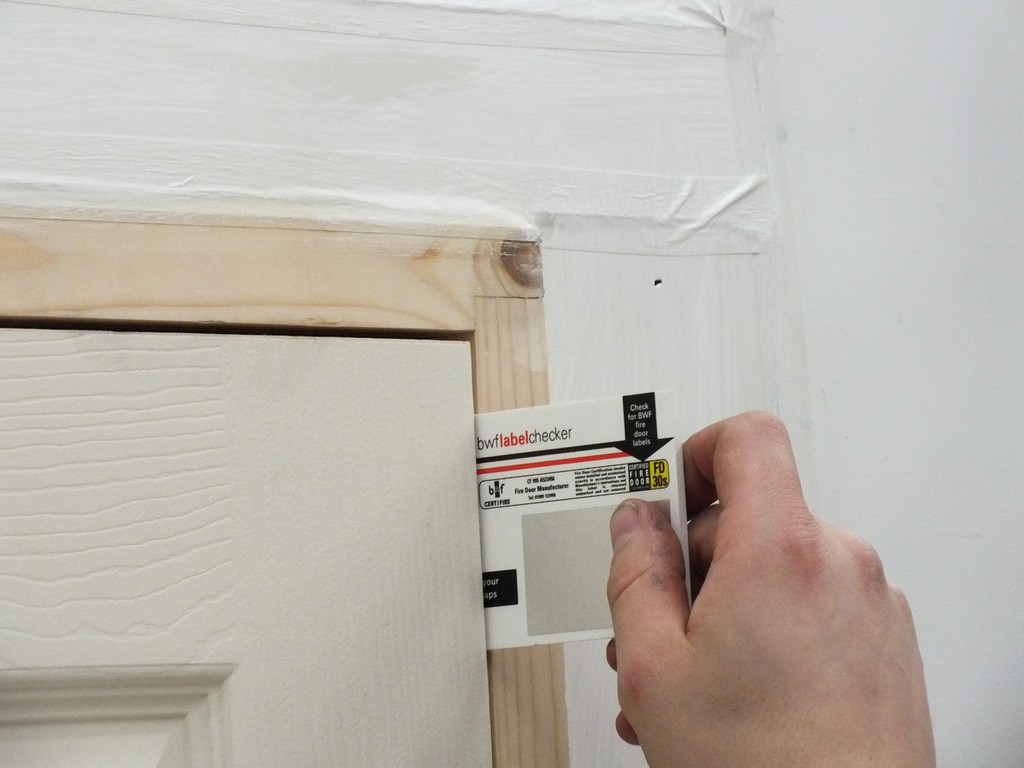 The Fire Door Safety Week campaign hit a five-year high in 2017 in delivering its messages on the importance of fire doors in saving lives and protecting property, and landlords’ legal responsibilities for managing fire door safety.

The campaign, run annually by the British Woodworking Federation (BWF), BWF-Certifire scheme and the Fire Door Inspection Scheme (FDIS), in partnership with the Government’s Fire Kills campaign, took place from 25 September to 1 October 2017.

With over 3 million new fire doors bought and installed every year in the UK, the vast majority made from timber, fire doors are often the first line of defence in a fire and their correct specification, maintenance and management can be the difference between life and death for building occupants. However, they remain a significant area of neglect, often the first thing to be downgraded on a specification and mismanaged throughout their service life, propped open, damaged and badly maintained.

Consequently, Fire Door Safety Week was created, in a bid to:

In 2017, Fire Door Safety Week attracted its highest number of supporters ever, including 273 organisations from all parts of social housing, the private rented housing sector, the construction supply chain, fire and building consultancies and local fire and rescue services. This was a 54% increase year-on-year.

Publicity for the campaign resulted in more than 350 pieces of media coverage, including in the Daily Telegraph and the Mirror newspapers, and 16 broadcast items including on Radio 5 Live, LBC, BBC Radio Leeds and talkRADIO.

The media coverage is estimated to have been actively read by 2.7 million people, with another 11.4 million tuning in to broadcast items and 3.6 million touched by the social media campaign. The total reach of 17.7 million is almost double that of 2016.

There were also 19,369 visits to the Fire Door Safety website and 7,850 page views of the toolkit during the course of 2017. With particularly strong support on social, the ‘Thunderclap’ campaign alone achieved 159 supporters, reaching 483,467 people across both Twitter and Facebook.

Importantly, the campaign produced several essential pieces of content available for download from the Fire Door Safety Week website that will continue to be vital throughout 2018. For example, the downloadable Fire Door Safety toolkit provides a comprehensive overview of fire doors, including handy infographics and posters covering tips and safety checks for both landlords and tenants. Of the items in the toolkit, the most popular was the 5 Step Fire Door Check.

One of the most important messages we wanted to communicate during Fire Door Safety Week was around the simple steps everyone can take to check the safety of fire doors in their building, which will help ensure standards are maintained. Called the ‘Five Step Fire Door Check’ it is available as a useful video and poster reminder for anyone who lives or works in a building with fire doors:

The campaign has never been clearer that correctly fitted and maintained fire doors are absolutely key to delaying the spread of fire and toxic smoke around a building, protecting occupants, the emergency services and property. But remember that fire safety is about numerous passive and active measures working together to achieve a result that could be considered as a positive outcome to a fire.

Regular and thorough inspection of buildings, including the fire doors, means that the changing risk profile of the building can be understood, and those risks mitigated. The resounding support for the 2017 campaign just adds to our momentum to continue to build awareness, education and competency in this sector.

The campaign will continue to raise awareness among tenants building owners and landlords about the vital importance of fire doors, as we don’t think we can claim that job is yet done. There is still confusion and misunderstanding around fire doors, the regulations, the specifications that should be met, how they should be maintained, and what to do if you don’t think your fire doors are up to standard. Fire doors save lives and we are determined to keep the dialogue going among everyone connected with the fire door lifecycle; landlords, tenants, property owners, facilities managers and so on.

The campaign does not just take place one week a year; Fire Door Safety Week is a year-round campaign. The BWF and its members are involved in running awareness events, in training fire and rescue personnel, and in supporting councils, housing associations and tenants across the country.