On 24th February 2017, Alcumus, the provider of technology-enabled business assurance and compliance risk management solutions, was honoured to have His Royal Highness The Prince of Wales officially opening its new Cardiff head office at Axys House, Parc Nantgarw, Cardiff. 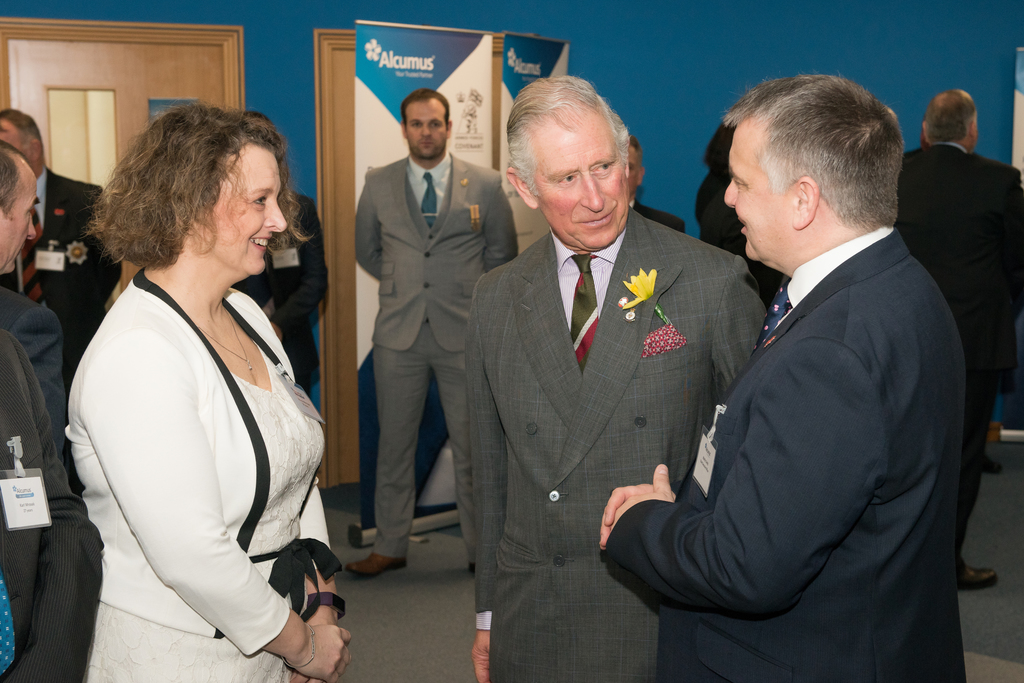 This is a momentous occasion for Alcumus as it builds on its strong Welsh links following the acquisition of Santia Consulting and SafeContractor in late 2015.  The new Alcumus head office will provide much-needed space for its rapidly-expanding workforce. Alcumus also has offices in Aylesbury, Manchester, Huddersfield and Stratford-upon-Avon.

Martin Smith, Alcumus CEO, said: “It is a very special honour to have HRH The Prince of Wales officially open our new head office in Cardiff. Our ties with Wales are long-standing and we are also involved with several mutual initiatives such as The Prince’s Trust and the Armed Forces Covenant.”

His Royal Highness received a tour of the offices and met various Alcumus employee groups, including Armed Forces veterans working for the company, long-standing Alcumus employees and the team who worked on a new partnership with the Prince’s Trust.