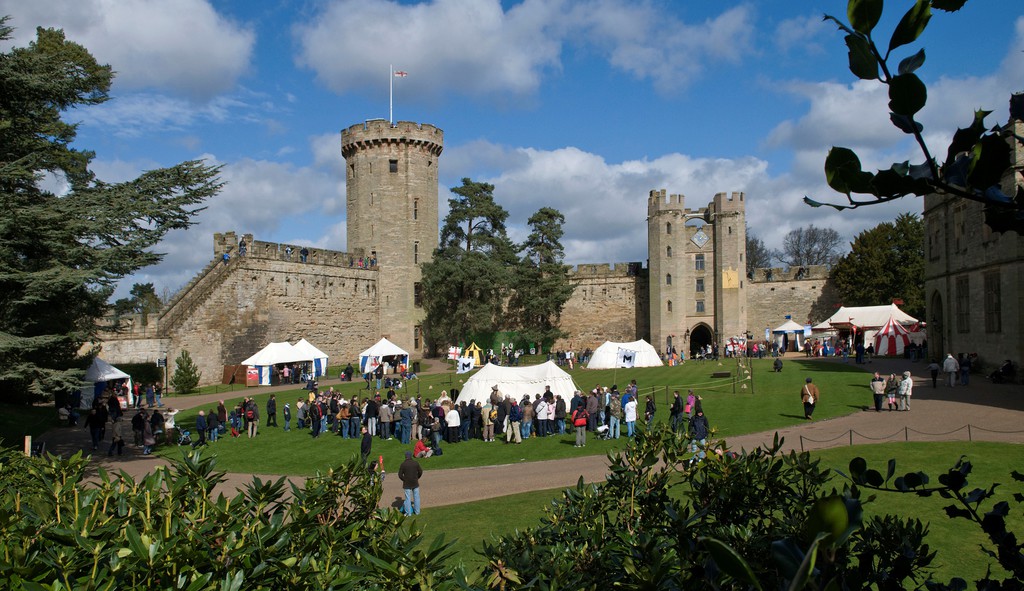 From construction of an earthen rampart in 914, attacked in 1264, besieged in 1642 and damage by fire in 1871, Warwick Castle belonged to the Earls of Warwick and later the Greville Family as a private home until 1978.

Today Merlin Entertainments, operator of Warwick Castle, has a mix of relocatable shops and restaurants located around the 10th Century site. These retail units can be repositioned during major events, which meant that there were obvious benefits to choosing a wireless system, as the call points and base station can also be moved without the specialist trades required for a wired system.

Ramtech Electronics says that WES+ is the only wireless fire alarm system that is EN 54 compliant and Merlin Entertainments specified it because the distance between the retail units and castle would have made it impractical to install a wired system. The retail units, which are spaced up to 500m apart, are required to be linked to the security team in the castle. Because the WES+'s wireless signal is capable of covering large areas and passing through the 1m thick stone walls of the castle, this did not present a problem. The system uses Category 1 receivers throughout, which according to Ramtech, ensures maximum signal reliability and non-interference with other technologies on site. The signal is capable of passing through all commonly used construction materials such as stone, brick, concrete and steel. A SIM card was also supplied, allowing a text message to be instantly sent from the most distant retail unit to the security team in the control room at the castle if any of the fire points are triggered.

Each of the four commercial units has a separate base station and between three to four manual call points, as well as automatic smoke and heat detectors that provide 24/7 cover. Having a separate base station allows each unit to have its own independently fire alarm system, which can be activated without resulting in the other three shops, which are away from danger, being evacuated.

Although each retail unit has its own separate base station and operates independently of the others, all of them remain linked to the control room in the castle either wirelessly or, for the one located at some distance, via the SIM card’s text messaging service. This means that if any of the alarm systems are triggered, the control room can immediately identify which commercial unit is affected and alert fire crews.

“The system is very easy to use and we like the fact that although the four base stations make each retail unit independent of each other, they still all link to our control room,” said Rob Martin, health and safety advisor at Warwick Castle. “When we realised that WES+ is wireless it suited our requirements perfectly as we couldn’t use a wired system due to the distance involved and moveable nature of the retail units.”

If just one call point is activated in any of the four retail units, all call points and automatic detection units in that shop’s network sound the alarm. As well as identifying quickly which of the call points has been triggered, the relevant base station delivers extensive system reporting and configuration functionality.

“By specifying our EN 54-compliant WES+, Warwick Castle has responded to the latest version of JCoP, a document that brings together some of the most important guidance on fire safety in recent years,” added Paul Henson, Ramtech Electronics sales & marketing director. “By taking a lead from this important document and specifying our BS-EN54-25 compliant fire alarm system, they have placed the safety of visitors and the protection of this scheduled ancient monument above all else.”