From the CEO's Desk

On 11th February, the BSIF held its 21st Annual General Meeting in the Holiday Inn in Hemel Hempstead. 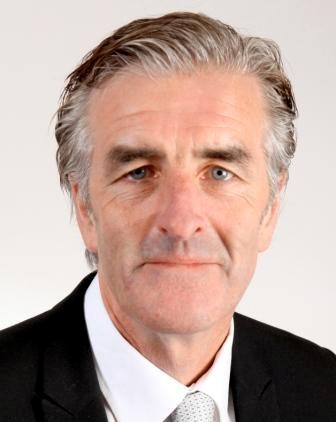 Special praise went to Sarah Bridge for her outstanding Chairmanship of the Federation over the last five years, a period which has seen the Federation grow in strength and influence. Thank you again Sarah from all the membership.

As part of the AGM process, John Gill of UVEX was elected Chairman and Stuart Boyd of Willis Safety elected as Vice Chair. Other officers of the company were also re-elected, Mark Johnstone, of JSP as Treasurer and Steve Evans of 3M as our Secretary.

David Holdham of Centurion retired after many, many years of serving BSIF and three new Directors were also elected. They are Mike Credicott of BM Polyco, Jeff Ward of Centurion and Frank Angear of BSIF.

This Board is dedicated to delivering in BSIF the best trade body in the country! In order to make good on that promise we have collectively determined the plans for the coming years and following the AGM procedures I had the opportunity to present the BSIF strategy for 2016-2025.

The plans contained in this strategy will ensure we stand alongside and support  our members and are best placed to be the voice of the UK safety industry.  The new strategy clearly establishes our vision, our purpose, objectives and goals essential to the delivery of a successful influential and fully representative trade body.

The purpose of the BSIF is to serve, and represent businesses who keep people safe and healthy at work. A key output of the new strategy is for UK to recognise and fully appreciate the value of our industry and for the country to be proud of its safety and health record.

Currently representing 165 members the highest number ever, the BSIF has ambitious plans to grow over the plan to a membership of 500, who together will account for over 75% of the UK market turnover for safety and health products and services. The Federation recognises that with increasing numbers comes increasing strength and influence with legislators and regulators.

The BSIF will work to rebuild the image of Safety and Health in the UK reinforcing the message that it is an absolute force for good. We will exemplify this point by showcasing successful companies that are delivering on safety and health and also delivering on business profitability.

The BSIF will take a lead in enhancing the quality of products and safety suppliers by ensuring that the requirements of the Registered Safety Supplier Scheme (RSSS) challenge the membership whereby the scheme truly reflects the values of the Federation and the expectations of the market. The scheme will be widely promoted and become a qualification demanded by purchasers of PPE. We will publish more details of this programme in the coming months.

The Federation will continue to build our influence within the arena of standards development by raising the involvement and influence of our members ensuring that all relevant committees contain one briefed member so that the views of member companies will always be heard. The BSIF will in partnership with the regulators take an even greater role in the development of regulatory guidance.

As the focus in the public arena moves “Health” front and centre it is essential that safety is not sidelined. The Federation will continue to shine a light on this key topic and not allow key stakeholders to claim that safety is sorted just because health is the current totem. We will develop an expertise in high risk and high incidence occupational safety and health issues and publicise these. The Federation will also continue to provide a key forum for environmental protection where spill control and spill management is the core activity.

The BSIF 2016-2025 strategy is ambitious in its remit and optimistic for the future of the safety and health industry in the UK.  It will be delivered through the hard work and dedication of the BSIF with the support of our members.

PPE regulations have been adopted by the European Council

Following the vote of the EU Parliament in January, on 12th February, the European Council adopted the new Regulation on PPE. The new regulation updates the existing directive 89/686/EEC and applies to each individual item intended to be placed and/or put into service on the EU market. The new rules will be published in the Official Journal and will be applicable two years after it comes in to force to allow stakeholders to be ready.

The new PPE regulations are in line with what the BSIF expected having worked with the various drafts over the last year. BSIF will be working with BIS to develop the official guidelines over the coming months and along with BIS we are planning regional workshops for the membership in order that their views can be taken and concerns aired. We will be contacting members with arrangements over the next few weeks.