Interlocks to ‘fit and forget’

A dramatic impact test on the Fortress Interlocks amGardpro interlock fitted to a Troax St30 mesh door has been captured on video. 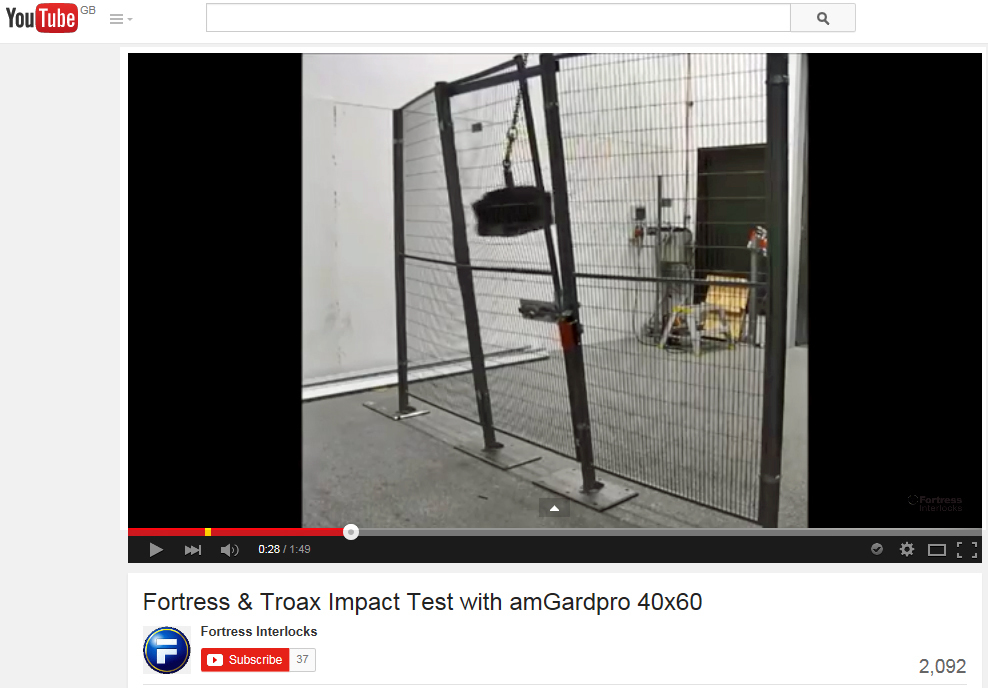 In the test, the mesh door and interlock were subjected to a powerful impact of 1600 joule. The door was slightly deformed by the impact but no parts came loose and it was held firmly in place by the interlock. The interlock was also fully functional after the test.

“This test really demonstrates how robust our interlocks are,” Fortress’ MD Rob Lewis said. "Our locks really are ‘fit and forget’ for a huge range of industrial applications in the toughest environments.”

Fortress and Troax recently combined forces to create a new perimeter guarding system to protect workers from dangerous machinery. By utilising a new bracket which fits Fortress interlocks to Troax perimeter guarding panels and gates, it is said to enable the safeguarding of virtually any machinery installation.

Very easy to install for both end users and OEMs, the brackets are 100% compatible with Fortress’ modular amGardpro and tGard ranges of modular interlocks and Troax’s modular mesh panels. This means that whatever configuration of interlocks or mesh panels is specified first, the brackets will always fit. Both the amGardpro and tGard interlocks combine solenoid or non-solenoid safety switches with full control functionality in one device, allowing their use across a range of industrial applications.