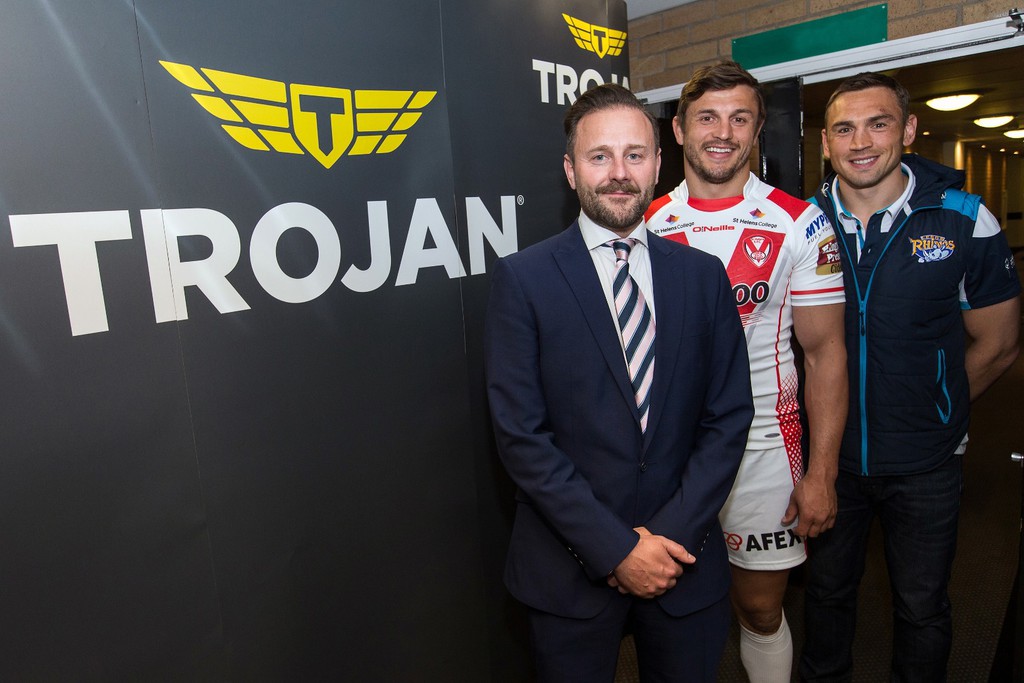 The initiative gives fans the opportunity to vote on the toughest tackle of the month.

Now club partners with First Utility Super League teams Leeds Rhinos and St Helens until the end of the 2016 season, TROJAN’s team were joined by both team captains and England players Kevin Sinfield and Jon Wilkin, as contracts were signed.

As part of this deal, TROJAN will also be giving away Rhinos and St Helens’ tickets, signed player shirts and rugby balls in a selection of Arco’s 48 trade counters round the country.

RFL commercial director Chris Rawlings said: "We are delighted to welcome TROJAN Workwear into the RFL’s Commercial family and extend the welcome on behalf of Leeds Rhinos and St Helens, our two current domestic trophy holders. The similarities between our game and the brand go hand-in-hand with their tough attributes."