All padlocks are not equal

Tim Hughes explains the differences between safety and security padlocks and discusses the impact overlooking these distinctions can have on maintenance worker safety. 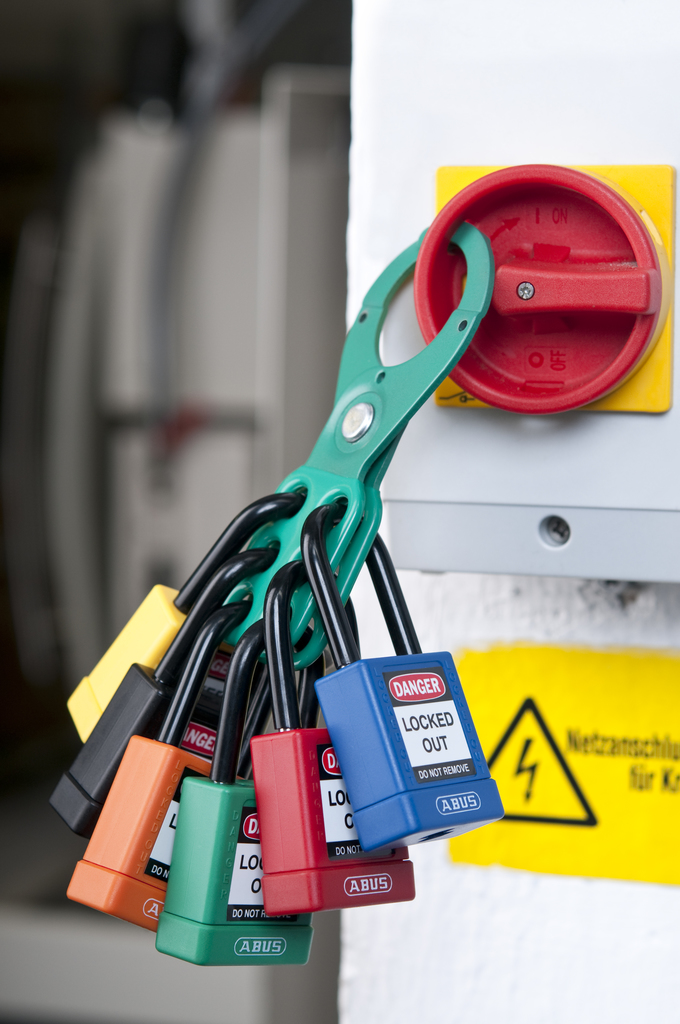 A lockout padlock has a completely different task to fulfil than that of a security padlock. While visually and functionally similar, their roles could not be more different. The security padlock must withstand attack from a potential thief, whereas the role of the safety padlock is to prevent inadvertent or accidental re-energising of machinery or equipment.
In the case of the security padlock, features such as increased pins in the tumbler to prevent picking, drill proof cylinder, hardened shackle and so on are deemed to be valuable features. CEN standards for padlocks describe a security grade scale from 1 – 6 relating to the locks tolerance to attack. Such features have no value for a lockout padlock. Indeed, Section 8 of The Health & Safety at Work etc Act 1974 states that "no person shall intentionally or recklessly interfere with or misuse anything provided in the interests of health, safety or welfare in pursuance of any of the relevant statutory provisions”.
In other words, anyone attempting to wilfully damage a padlock, for the purposes of removing to reinstate energy is in direct breach of The Act.
The Standard EN 50110-1 (The Operation of Electrical Installations) offers no further assistance. In fact the only guidance is to ensure that switching devices are "secured against re-connection” (EN 50110-1:2004, p6.2.2).
This being the case, standards should exist to describe minimum features and specifications which are designed to negate the risk of inadvertent or accidental removal, and subsequent re-energising of equipment. In the absence of such guidance, factory safety officers and engineering or maintenance managers are at liberty to acquire padlocks at very low cost that, due to inadequate manufacturing standards offer no protection against inadvertent or accidental removal. The greatest risk of the low cost padlock is the likelihood that an identical lock, with identical key could exist in the purchased batch. In such an event, the opportunity for unauthorised lock removal is greatly increased.
For safety padlock standards the American OSHA and Canadian CSA standards are worthy reference points.
They mandate that a padlock system should be established where lockout padlocks are instantly distinguishable from other non-safety isolation applications within the workplace. The following three points bring clarity to the basic requirements.
"Lockout devices and tagout devices shall be singularly identified; shall be the only devices(s) used for controlling energy; shall not be used for other purposes;” (OSHA 1910.147(c)(5)(ii))
"Standardized. Lockout and tagout devices shall be standardized within the facility in at least one of the following criteria: Color; shape; or size;” (OSHA 1910.147(c)(5)(ii)(B))
"Identifiable. Lockout devices and tagout devices shall indicate the identity of the employee applying the device(s).” (OSHA 1910.147(c)(5)(ii)(D).
In the case of the Canadian Standards Association (CSA Z460-05) it indicates that the lock must be uniquely keyed so as to ensure that the same key will not open two locks. The same principle applies to a group of locks for multiple lockout.
On the matter of padlock colour coding, the standards do not mandate what colours should be used for what application; only that the chosen colour is recognised site-wide as being used for lockout/tagout isolations.
Established safety padlock manufacturers such as Abus and Master Lock go to additional lengths to provide features all geared to reduce the chance of inadvertent removal for example, key captive when unlocked, one key per padlock per person, key profiles which cannot be readily duplicated in high-street key cutters, ‘Danger – Do Not Remove’ labels etc. etc.
What these issues highlight is that, in the case of padlocks, specifications for safety and security barely overlap.
The acquisition of padlocks for lockout applications in the workplace must be done to meet the demands of three area of authority.
•The Safety Officer who wants the best padlocks on the market that offers the most robust and effective means to minimise the chance of accident or injury.
•The Factory or Maintenance Manager who wants the padlocks delivered in the fastest possible timescale to minimise impact on production demands.
•The Purchasing Manager who’s under pressure to work within a budget.
This is probably an over-simplification of the issues, but it illustrates the point that if all three were left to their own devices, chances are that three different products would arrive in the stores.
It’s time for European authorities to recognise the existence of such features and align EU Standards with other best-practice, thereby providing the necessary guidance to help organisations implement effective, robust isolation practices.
Tim Hughes is the managing director of Total Lockout (Safety).
MORE FROM THIS COMPANY
Send Enquiry
View Company Profile
RELATED ARTICLES