Volatile organic compounds (VOCs) are characterised by their tendency to evaporate easily at room temperature. Familiar substances containing VOCs include solvents and paints, as well as the vapours associated with fuels, such as gasoline, diesel, heating oil, kerosene and jet fuel; also many specific toxic substances, like benzene, butadiene, hexane, toluene, xylene, and many others. 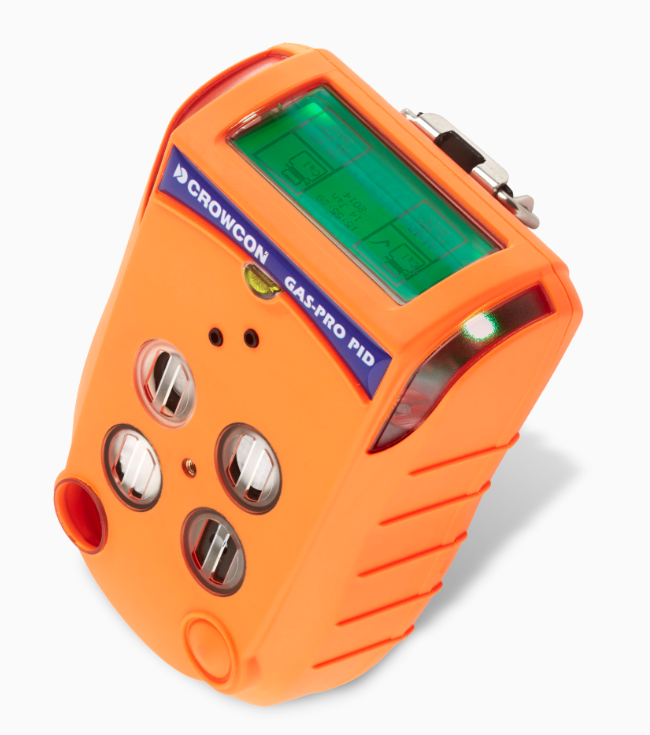 As well as the obvious, such as the oil and gas, petrochemical, chemical, and paint industries, VOCs pose a hazard in many different work environments. Shipping containers are often at sea for long periods. VOCs can be given off from paints, solvents and glues used in the manufacture of the cargo. When the containers are opened, these vapours released can be overpowering.

Work on airplane fuel tanks must be done from the inside. Empty tanks will contain residue of jet fuel, presenting a significant toxic threat. HazMat teams, such as fire fighters or quick response teams, arriving at the site of an accident can often encounter spillages of VOCs.

VOC vapours tend to be flammable at low concentrations. However, for most VOCs, the toxic exposure limits are even lower. Exposure is monitored as time weighted average (TWA), ensuring workers are not overexposed to toxicity over a given time span. This is used in conjunction with a Short Term Exposure Limit (STEL) which sets the maximum allowable concentration over a shorter, 15 minute period. The TWA concept accommodates spikes of concentration above the TWA limit but which must be compensated by periods at lower concentrations to ensure the STEL is not exceeded.

VOCs also pose a risk of asphyxiation. Oxygen deficiency is a leading cause of injury and death in confined space accidents. There are many examples of fatal accidents caused by oxygen deficiencies due to displacement by VOC vapours.

Heightened awareness of the toxicity threat, in particular, from these common contaminants has led to increased requirements for their direct measurement at exposure limit concentrations. Photoionization detection (PID) equipped instruments are increasingly being used as the detection technique of choice in these applications.

A wide range of technologies is available for measuring concentrations of these contaminants. However, PID equipped instruments are generally considered the best choice for measuring VOCs at exposure limit concentrations. Whatever type of instrument is used to measure these hazards, it is essential that the equipment is used properly, and the results are correctly interpreted.

Crowcon’s new Gas-Pro PID is set to target VOC’s and offers detection of up to 5 gases in a compact and rugged solution capable of withstanding harsh environments and everyday use. It has an easy-to-read top mount display combining ease of use with user-focused features. An optional internal pump, activated with the flow plate, takes the pain out of pre-entry testing and allows Gas-Pro PID to be worn either in pumped or diffusion modes.