Figures show that drink driving offences remain a serious road safety issue in the UK, so Graham Hurst takes a look at the role of interlocks in curbing the problem of people driving when over the limit. 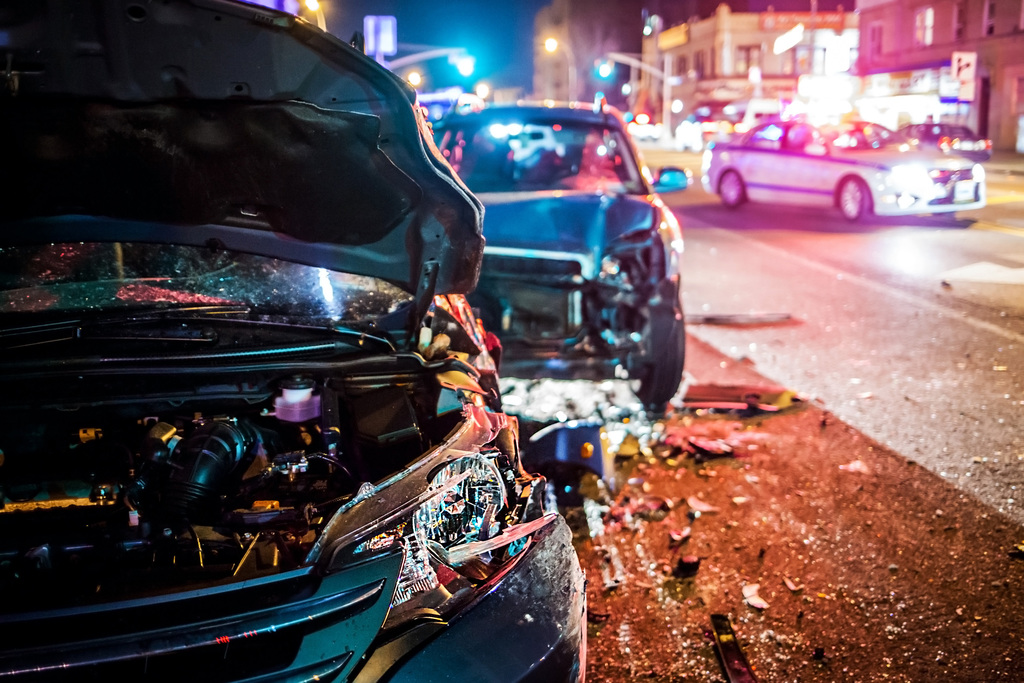 Drink driving remains a serious road safety issue in the UK. It is responsible for 13% of all road traffic deaths and is a problem which doesn’t seem to be going away. Furthermore, there is growing concern at the number of offences perpetrated by persistent reoffenders - one in six drink driving offences is committed by someone who has been previously convicted for driving while impaired by alcohol on at least one other occasion. Since 2010, this amounts to over 100,000 offences – each of which consistently puts not only the driver but also other road users in harm’s way.

PACTS’ reports and their findings

The Department for Transport is seemingly ready to take steps to tackle this serious road safety issue and last year provided funding for the Parliamentary Council for Transport Safety (PACTS) to produce reports on both drinking and driving and also to study the effectiveness of interlock devices in deterring drink driving.

The second, which followed in March 2021, ‘Locking Out the Drink Driver: Using alcohol interlocks to reduce drink driving in the UK, takes this a step further and looks at how enforcement might be improved. The groundwork for this report involved studying the feasibility of using interlock devices within a rehabilitation programme for drink drivers. The authors concluded that the introduction of this kind of programme in the UK would be an effective way to reduce drink driving, and PACTS has called on the Government to develop and implement an interlock programme ‘as soon as possible’.

For those not familiar with interlocks, the devices are installed in a vehicle and require the driver to blow into a breath-testing instrument that is connected to the vehicle ignition system. If the device detects alcohol over the limit, the vehicle will not start, therefore provide a physical barrier to drink driving.

The PACTS report proposes that the UK Government develop and implement an interlock programme which would allow the courts to mandate the installation of interlock devices into the vehicle of a drink driving offender and also that agreement to participate in this programme would mean a reduction in the period of licence disqualification (except for those who have committed ‘causing harm’ offences). The reasoning for this is to provide a mobility benefit so that those who would not otherwise be able to drive, can continue to play an economic role in society, while being rehabilitated to safe driving practices.

It is further recommended that participants are required to undertake rehabilitation, with treatment for those with alcohol and mental health issues and would be subject to monitoring and sanctions for programme violations. The alcohol set point for the interlock would be as close to zero as practical to deter any temptation to consume alcohol and participants would also have to demonstrate sustained compliance with the programme before being able to exit it.

When it comes to who pays for the programme, the report recommends that the cost of the device, it’s installation and ongoing monitoring costs would be at the expense of the offender. This cost is anticipated to be a little over £1,000, a significantly lower price for the offender compared to the full cost of drink driving. This cost is estimated by UK road safety charity IAMRoadSmart to be in the region of £70,000, a figure which incorporates lost earnings, higher insurance costs, fines, legal fees and public transport costs.

Similar offender rehabilitation programmes have been operating in countries such as Australia, America and parts of Europe for many years and the data gathered demonstrates that use of interlocks in a rehabilitation programme can be effective. In America, the evidence suggests that interlock devices have prevented 3 million journeys where drink would have impaired the driver. Closer to home, a study carried out in Sweden showed an 80% reduction in road traffic accidents among those who opt for the rehabilitation programme in the five years after taking part, compared with the five years before. While in Holland, a research paper published earlier this year showed that only 4% of those on the programme reoffended in the two years after the programme was completed, compared with 8% in the control group, a finding which is statistically relevant.

Furthermore, Experience from these countries suggests that this form of enforcement has improved economic and social outcomes. As well as the economic benefits mentioned in this article, there is also evidence that rehabilitation programmes can improve the health of participants and therefore reduce healthcare costs.

Ahead of the original date for the publication of the PACTS report in November 2020, Draeger commissioned a YouGov survey to get some insight into the views of the general public on both drinking and driving, and the introduction of interlock devices as a deterrent. If the results of this survey reflect wider public opinion, the PACTS’ recommendations are likely to be broadly welcomed by the general public.

As one in nine drink drive convictions occur ‘the morning after’, we were keen to understand the attitude to driving the morning after consuming three or more alcoholic drinks. Just over a third of respondents (35%) would drive as normal but again women are less likely to drive the next morning, 27% of women compared with 43% of men would drive as normal demonstrating that there is some awareness of the time that alcohol stays in the bloodstream, during which time it will continue to impair driving ability.

But what do the UK Public feel about the use of interlock technology and the introduction of rehabilitiaton programmes? The findings of the YouGov research showed that four in five respondents (82%) support the introduction of interlock devices for vehicles which transport large volumes of passengers, for example buses, coaches and school transport, as a safety mechanism. There was a higher level of support for this among women, with 57% strongly supporting the step compared with 49% of men. However the support was strongest among respondents with children (51%) with 67% of those with three or more children under 18 in their household strongly supporting this kind of initiative.

When it comes to drink drive offender programmes, there is public support for repeat offenders to have interlock devices fitted before their driving licence is returned (83%) and for first time offenders (56%).

The use of interlocks is also welcomed by the police.

We asked Paul Mountford from Merseyside Road Safety Partnership for his response. He commented: "I believe that there is a pressing need for an intervention such as an alcohol interlock to prevent re-offending. Recent data from PACTS has shown that in the past decade, 32,025 people have re-offended, committing 107,913 drink drive offences. Alcohol interlocks have the potential to make a significant difference to this number.

" It's worth considering that every single arrest means a police officer may be absent from front line duty on our roads for 2-3 hours at a time, where their presence and influence is greatly needed. Interlocks may lead to the increased presence of officers on our roads, a reduction in offending generally and increased public reassurance and safety.

“In industry, the interlock is already in use and proving its value as a road safety tool. However, the research shows that there remains a level of ignorance about the effects of alcohol and driving among the public and even professional bodies. If the introduction of interlocks saves one life, then it will have been worthwhile."

But what of the sceptics who question how it is easy to ‘trick’ an interlock device and to deceive the system? In reality this is virtually impossible as the technology used is very sophisticated. The installation of a camera into a vehicle, is the ultimate element to prevent those trying to get around the system. This requires facial recognition in order to accept the test. These cameras are fitted with infrared technology to ensure good image quality, regardless of whether it is day or night.

The device can be equipped with a tamper-proof mobile data transfer module which transmits information on certain pre defined events, such as an attempt to start the engine under the influence of alcohol, and these events are transmitted automatically to a responsible person via a phone network.

Finally the device has reliable measurement technology which is very precise and able to detect whether the alcohol detected in the sample is breath alcohol from the consumption of alcoholic drinks, or mouth-only alcohol from a substance like mouth wash.

At this point, the PACTS findings are recommendations only, but the authors have strongly suggested that the Department of Transport should undertake a consultation exercise as soon as possible. However, the ongoing concern over repeat offenders and the growing recognition of the problem among the general public, indicates that now is the time to try a different approach and the solutions offered by interlock devices used within a rehabilitation programme, provides such an approach to tackle the problem at its roots.

To read the full PACTS reports, go to https://www.pacts.org.uk/publication_category/reports/

Respondents had a full driving licence and consumer alcohol (a sample of 1336 adults). All figures, unless otherwise stated, are from YouGov Plc. The total sample size was 2162 adults. Fieldwork was undertaken between 18th - 21st September 2020. The survey was carried out online. The figures have been weighted and are representative of all GB adults (aged 18+).