NEW GADGETS have been introduced to help slash the time taken to move a stranded vehicle out of a live line to safety on motorways or major A roads. 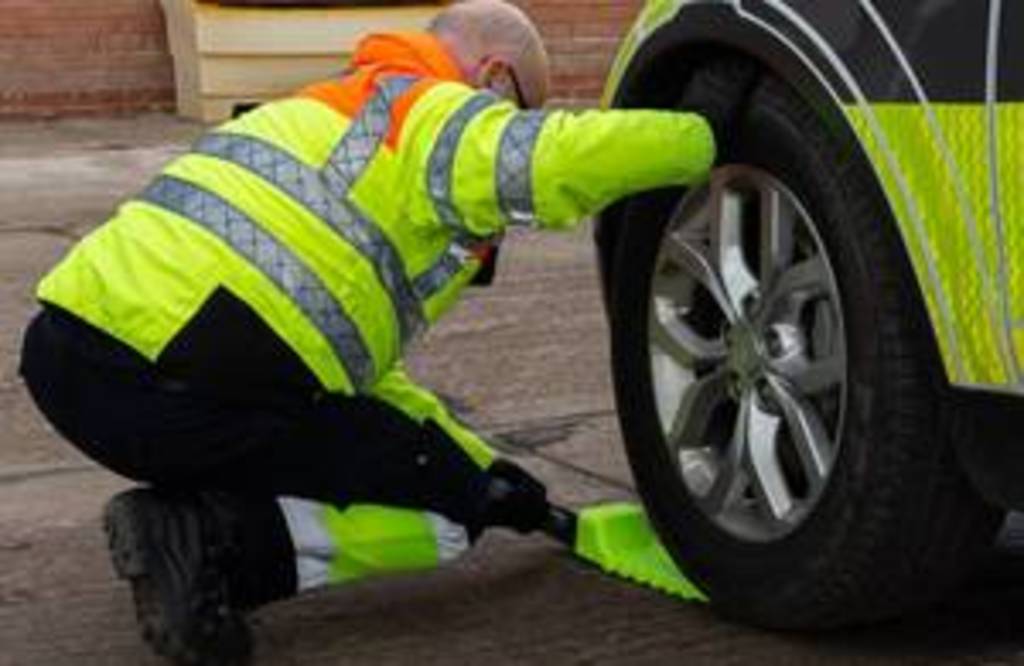 National Highways has invested £200,000 in new equipment and training for all Traffic Officers to help speed up the time it takes to move “non-rolling” broken down vehicles – including electric vehicles – to a safe place and keep traffic moving.

As part of the change, all 262 National Highways traffic officer vehicles have been equipped with plastic skates, with training also provided to all Traffic Officers across the country in how to use them. The skates, also known as “Slippery Jims”, work by being hammered under each tyre. This helps to reduce the surface friction between tyre and road, allowing it to be towed to a place of safety by a National Highways Traffic Officer vehicle.

They can be used to safely move depleted electric vehicles (EVs). Towing an EV can greatly damage the vehicle due to how the motors are attached to the wheels and their lack of a true neutral gear. Where previously traffic officers had to wait for a recovery vehicle to avoid damaging the vehicle further, EVs can now be moved right away with the use of this new equipment.

Additionally, Traffic Officer vehicles have also been fitted with “battery boosters” – an effective tool to combat a battery failure on a combustion engine vehicle. The booster will help recharge and jump start the battery of any vehicle (up to 8 litre petrol and 6 litre diesel) immediately, allowing it to be moved to a safer area.

Mel Clarke, National Highways customer service director said, "No-one plans to break down, but if the unexpected happens the new equipment we have fitted to all our vehicles will further reduce the time it takes to move a stranded vehicle out of a live lane to a safer area, reducing the risk to both our Traffic Officers and other road users.

"The new apparatus allows our Traffic Officers to be much more agile when dealing with broken down vehicles. Beforehand we’d have to wait for a recovery vehicle to get to the scene but this new approach speeds up clearance times, further improves motorway and major A road safety and allows carriageways to return to normal running quicker."