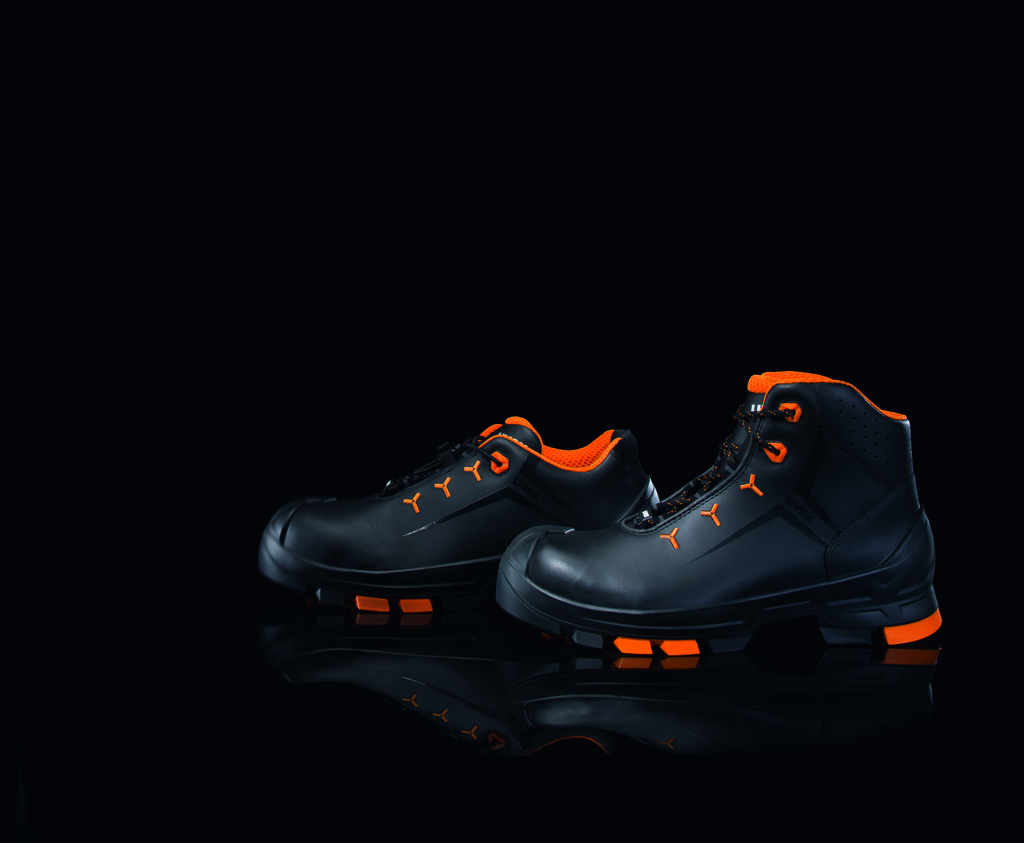 Why is lower-limb fatigue important.

The HSE reports that fatigue has been a contributing factor to ‘20% of accidents on major roads and is said to cost the UK £115 - £240 million per year in terms of work accidents’1. Industries with work forces that are required to stand for prolonged periods or perform more physically demanding tasks have higher levels of fatigue than other sectors of the economy.

Causes of lower limb fatigue in the workplace

Lower limb fatigue during prolonged standing at work is considered to be caused by two factors. Repetitive and prolonged muscle contraction during the workday leads to muscular fatigue. During walking the body must perform several contrasting functions. During the loading phase the body must absorb the impact forces and adapt to the surface. To achieve this the body uses synchronised motion between the joints in the foot and leg through controlled muscular contraction to dampen the impact vibrations. During this phase the muscles and tendons store elastic energy which is returned when the musculotendon unit recoils during propulsion. In synergy with this elastic recoil the muscles contract to propel the body forward. The second factor in fatigue generation is the build-up of metabolites or waste products due to the pooling of blood in the lower limb during prolonged standing6. Interventions to minimise workplace fatigue need to be harmonised with the function of the body and address the multiple factors which are related to lower limb fatigue.

How can you reduce lower limb fatigue in the workplace?

Anti-fatigue matts have long been the standard management of worker fatigue in standing occupations. In addition to the benefits of cushioning, the primary mechanism of benefit of anti-fatigue matting is the creation of mild instability that increases muscle activity in the stabilising muscles of the lower leg. The increased muscle activity reduces the build-up of waste products in the leg that leads to discomfort and fatigue6. However not all anti-fatigue matts perform the same with matts that have the highest elasticity and energy return resulting in the greatest reduction in discomfort and fatigue3. This is thought to be due the better synergies with body movement patterns and faster return frequency of the foam. While beneficial anti-fatigue matting surface areas are limited meaning that workers only receive a benefit for the limited time of the day they spend working on the matts. Matts also create an uneven floor surface and a trip hazard in areas that have high foot traffic. In some workplaces anti-fatigue matting also create a less hygienic working environment. For these reasons footwear solutions are preferred.

Safety and occupational footwear can play a key role in reducing workplace fatigue. Safety footwear can be manufactured with lightweight composite safety toecaps and that can be 40% lighter than steel toecaps. Due to the distal location of the toecap weight reduction in this location has the greatest impact on muscular work. Overall footwear weight can be further minimised through clever design and engineering to further reduce the overall weight and its impact on worker fatigue. Footwear designs that are lightweight and provide the necessary protective features for the application should always be prioritised.

While walking the foot and ankle go through significant motion to adapt to the ground surface and generate propulsive power. Footwear designs that do not allow the required motion can reduce movement efficiency by altering how the body generates power5. For this reason, stiff footwear should not be equated to providing worker safety5. But rather footwear with appropriate flexibility in the forefoot and shaft of the footwear in the forward/back direction should be selected to allow appropriate motion and an efficient walking gait.

For footwear cushioning to play an effective role in managing workplace fatigue it needs to have functionality that is synchronised with the natural walking gait. During walking the ground reaction forces are characterised by a double hump curve pattern as shown in Fig 1. During the first 20% of the ground contact phase the footwear needs to absorb energy during loading and reduce muscle vibration. As the body’s centre of mass moves forward over the weight bearing foot the footwear needs to return the energy stored in the heel to assist in unloading the rearfoot and transferring the weight to the forefoot to begin the propulsive phase. As the forefoot begins to support bodyweight the forefoot of the shoe needs to store energy and return it during the final 20% of the stance phase. Similarly, during prolonged standing footwear cushioning needs to have high elasticity and energy return characteristics is minimise fatigue development3.

Traditionally foam cushioning materials have either been focused on absorbing impact energy with no regard to energy return or on rebound with no consideration given to storing energy. Next generation cushioning systems such as the uvex i-PUREnrj are able to combine higher levels of energy absorption capacity in the heel region of 40.8J exceeding the EN 20345 standards by 100% and return 66% of the energy in the rearfoot and 59% of the energy in the forefoot (Fig 2). This represents a 10% improvement in energy return compared to conventional PU cushioning materials and other leading safety footwear cushioning systems. Promising in house testing by uvex has shown that compared to conventional PU foam cushioning, shoes with i-PUREnrj cushioning system reduce ground contact time by 1% and while reductions in oxygen consumption vary depending on an individual gait pattern, the average reduction in oxygen consumption is 1.8%. In a worker blinded wear trial between identical shoes that only differed in midsole cushioning, workers experienced a 21% reduction in perceived fatigue while wearing the shoes with the i-PUREnrj cushioning compared to conventional PU cushioning. The integration of both shock absorbing and high energy return characteristics makes a meaningful difference to lower limb fatigue in the workplace.

Lower limb fatigue affects over two thirds of manufacturing workers impacting productivity at work and general worker wellbeing outside of work. Poorly designed safety footwear is a major contributing factor to workplace fatigue, while lightweight next generation footwear can make a meaningful reduction to workplace fatigue. When selecting safety footwear that provides the appropriate level of protection footwear that is lightweight, flexible and has cushioning that both absorbs and returns high levels of energy should be selected to minimise lower-limb fatigue in the workplace.