SPEAKING AT Health and Safety, Alex Hudson, solicitor from Pinsent Masons told delegates that having a process in place for dealing with a fatal or major incident is essential. “As with all things in health and safety, planning and preparation is key.” Hudson urged. 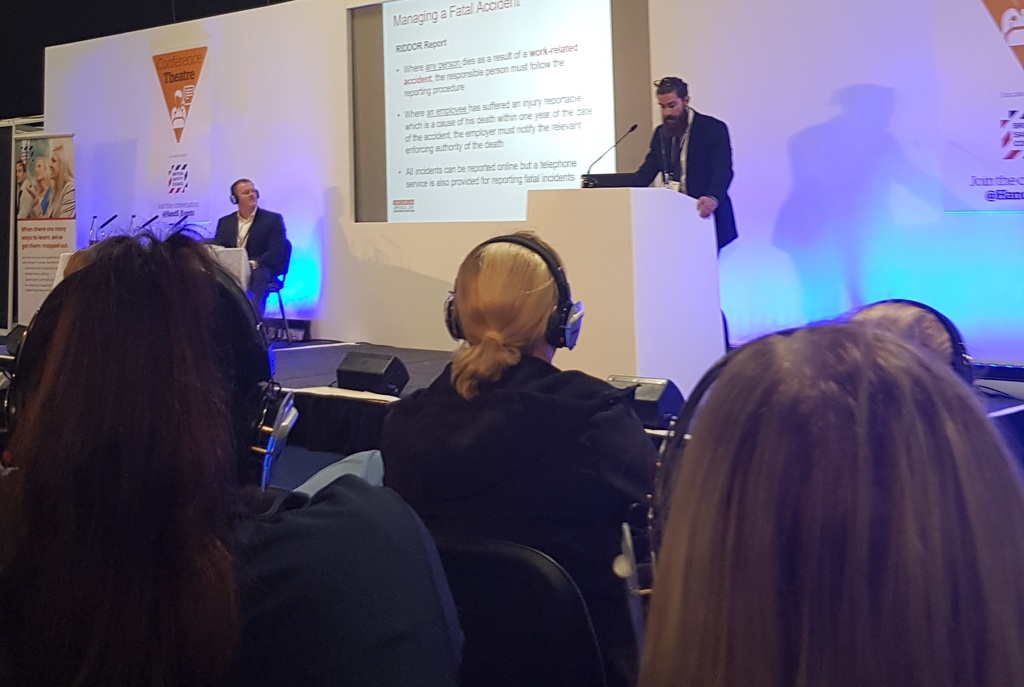 Outlining the HSE’s fatal injuries figures, Hudson cited a slight stagnation over the last five years, in comparison to the sharp decline from the decade previous. He pin-pointed the construction, waste and recycling and agriculture as sectors where fatalities are high, although he admitted the figures may be skewed by long-latency diseases and reporting accuracy.

“These figures are all based on RIDDOR,” he said. “They don’t take into account occupational diseases. I expect, for example, to see a spike in asbestos-related incidents over the next forty years.

When dealing with the initial aftermath of an incident, Hudson suggested that an initial response should incorporate notification of the emergency services, the administering of first-aid if appropriate as well as contact with insurers.

Given the nature of the incident, the scene should also be preserved for internal or external investigations. “In managing a fatal incident, there will be police and HSE involvement. Initially, police have primacy,” Hudson said.

At this point an incident response protocol kicks-in, including the process of report writing; a critical part of any investigation. Hudson told delegates to keep the writing simple. “Would someone outside of the business be able to understand the report,” he said. “Avoid jargon and abbreviations and refer to the source of the facts.”

Concluding, Hudson advised how PACE interviews should be approached. “It’s important to identify if you are being asked to attend as a representative of the organisation or as an individual,” he said. “We would recommend seeking legal advice as soon as possible.”