Is infotainment to blame?

The latest scientific research highlights the dangers of touchscreen technology, and Tony Greenidge explores if this is to blame for road safety's lack of progress. 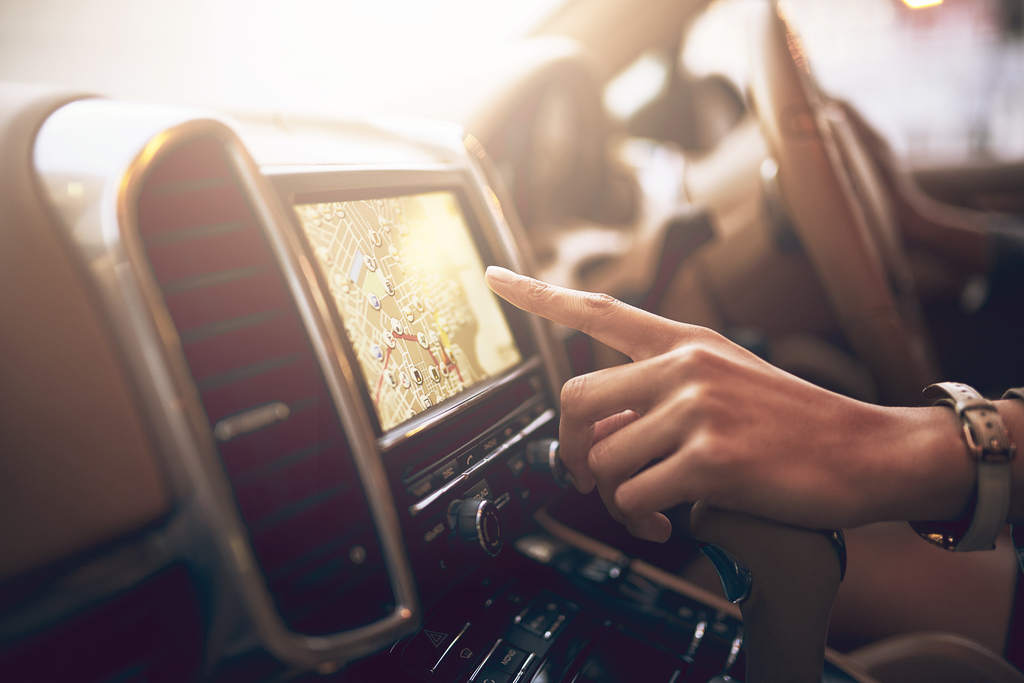 THE DEPARTMENT for Transport’s (DfT) latest statistics show that there were 1,784 road deaths in Britain in 2018. Following three decades of major improvements in road safety, the number of annual road deaths suddenly flatlined around 10 years ago. Granted, the introduction of seatbelt laws in the 1980s, followed by the standardisation of airbags and ABS, and the influence of Euro NCAP in the 1990s may have led to disproportionate benefits during that earlier period. Nevertheless, given the continued improvements in active and passive safety technology, and an assumed ‘road to zero’ intent on the part of government and campaign groups, there has been much argument and head-scratching as to why progress halted in the late 2000s.

The finger of blame has been pointed variously at increased traffic levels, reductions in roads policing, poor provision for cyclists and the disappearance of the Green Cross Code man from children’s education. Some have suggested that we have simply reached a natural barrier, and nothing further can be done, but this cannot be an acceptable answer when almost five lives a day, on average, are still being lost on our roads. What are the reasons behind this decade of road safety’s stagnation, and what can be done to rekindle progress?

In 2011, IAM RoadSmart commissioned the Transport Research Laboratory (TRL) to carry out a study on the effects of smartphone use on drivers’ reaction times. The project was particularly timely. Although smartphones had been available for around three years at that time, 2010 had seen the release of Apple’s iPhone 4: arguably the handset that popularised the internet-enabled, touchscreen-only model for mobile devices. A raft of competitors followed, and the smartphone quickly cemented itself as the universal solution for mobile communication, and pretty much any other task imaginable, via a seemingly infinite range of apps.

The study had drivers perform several common social media tasks on their smartphone while operating a state-of-the-art driving simulator and noted the speed of their reaction to hazards. The results were compared with those of earlier studies on the relative impairment effects of alcohol, cannabis, texting, hands-free and handheld calling. Smartphone usage was found to increase reaction times by 37.6%: on a par with texting, and three times greater than the 12.5% increase caused by being at the legal alcohol limit.

Limitations of the law

Legislation and enforcement have yet to catch up. In 2015 it was proposed that the penalty for using a phone while driving would be doubled to six points and a £200 fine; said to be a truer reflection of the seriousness of the offence, and intended to provide a more powerful deterrent. However, there were no updates to the description of the offence to account for the significant changes in mobile phone design, or the immense broadening of phone functionality, in the years since the laws were originally introduced in 2003.

‘Careless driving’ and other fallback legislation may be applied in cases where no specific phone-related offence has been identified, but it is generally only applied after a collision has taken place and has little effect on drivers’ attitudes or their understanding of what constitutes illegal behaviour. Only this past year have we seen the closure of a loophole that effectively permitted driving while using a phone as a handheld video camera: functionality that has been commonplace for many years.

The new penalties came into effect in 2017. Reports later claimed that the deterrent must be working, as the number of penalties issued to drivers reduced by more than a third compared with the previous year. Of course, this doesn’t tell the full story: changing technology and the resultant difficulty in detection of modern-day phone use, compounded by ongoing cutbacks in roads policing, seems just as likely to be responsible for the reduced numbers of fines applied. It seems more likely that drivers now feel even less vulnerable to getting caught, and their offending is worsening as a result.

Road safety data lends weight to this theory. According to the DfT, mobile phone use by drivers was a contributory factor in 502 fatal or serious collisions in the UK in 2017, an increase of 6% over the previous year. In 2018 things got worse, with phone use featuring in 565 fatal or serious collisions, a further 12.5% increase. This represents the continuation of a trend that has been evident for several years.

The law may have been standing still, but technology has been marching ever forward. Almost all vehicle manufacturers have integrated touchscreen technology into their vehicles in recent years, bringing with it the capability for smartphone functions to be used via the phone’s built-in touchscreen. By making calling and texting, and the control of navigation, music and other phone functions available via the vehicle’s built-in screen, Apple CarPlay and Android Auto ostensibly offer drivers a relatively familiar, somewhat standardised interface for their infotainment, that may be more intuitive and therefore less distracting than manufacturers’ own systems. Do they really lead to enhanced safety?

IAM RoadSmart’s latest study (co-funded by the FIA and the Rees Jefferys Fund) carried out by TRL in 2019, tested drivers’ abilities while operating navigation, entertainment and communications systems in Apple Car Play and Android Auto, via a car’s built in screen and with voice controls. Metrics included reaction times and variations in speed, lane position following distance. The simulator also employed eye tracking, and drivers were quizzed on their perceived distraction levels. Worrying findings from the study include:

The results confirm what many have suspected for years: using smartphone functions via a vehicle’s built-in touchscreen is seriously detrimental to a driver’s control of their vehicle. Apple and Android’s solutions may well have some safety benefits compared to the growing variety of manufacturers’ often baffling proprietary interfaces, but are they any less distracting than using the phone handset itself?

Such systems may make it easier for drivers to follow the letter of the law on phone use, but may not mitigate the risks. Apple CarPlay and Android Auto began to appear in premium cars back in 2015, and are now found as standard equipment in many mainstream models. In 2015, in-vehicle distraction was recorded as a contributory factor in 445 fatal and serious collisions, and the number has continued to worsen each year, peaking at 608 fatal and serious collisions in 2018. Whether or not there is a correlation, the smartphone handset is clearly not a lone culprit.

The impact on business drivers

Readers may have seen the now-infamous footage of a lorry driver on the A34, heavily distracted while selecting music on his phone immediately before ploughing into a stationary vehicle, killing a mother and her children. Would the outcome have been any different if he had been doing the same task on a dashboard-mounted screen?

Long hours spent on the road, fatigue, time pressures and the perceived requirement to remain in constant phone contact, all place business drivers at relatively high risk. Furthermore, the typical 3-year fleet vehicle replacement cycle means that business drivers are often the earliest adopters of the latest in-car technology. Much of this technology is welcomed by drivers and their employers alike, in the belief that it will increase their comfort and their productivity, but the impact on safety is rarely considered.

Commenting on the findings, Dr Neale Kinnear, head of behavioural science at TRL said, “This is a wake-up call to drivers and the industry. Such systems should be openly tested and approved to agreed standards before being released.” How will any such standards be agreed and universally applied, when we have already established a society dominated by screens, and FOMO and nomophobia? If we cannot legislate backwards, and the pace of technological development is so rapid (except, it would seem, in enforcement solutions), then the responsibility for safety must come from elsewhere.

IAM RoadSmart calls on UK business leaders to acknowledge the risks that their drivers face, and their duty of care towards them. Through robust policies on the use of distracting in-vehicle technologies, and through a focus on education, employers have an opportunity to make a difference to the safety of some of the highest-risk drivers on our roads.