WITH THE closed period for slurry spreading due to commence at midnight on 15 October the Health and Safety Executive for Northern Ireland (HSENI) is urging farmers to take extra care when mixing slurry. 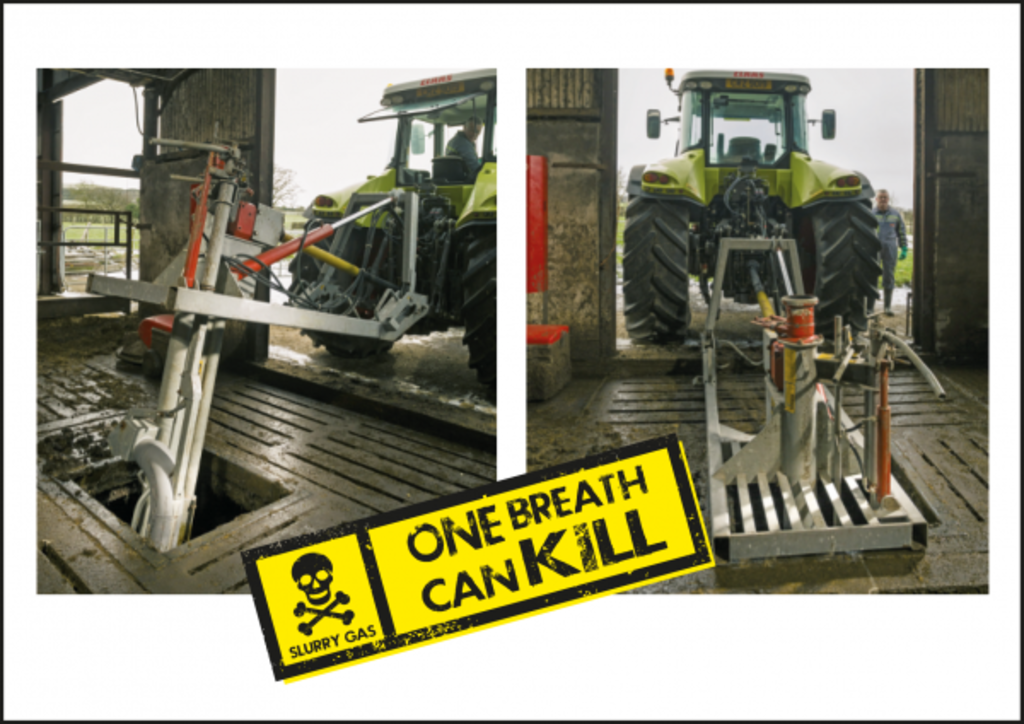 Mixing slurry can be a dangerous job as the gas is released very quickly, and in large quantities, as soon as the mixing starts.

Malcolm Downey, who heads up the farm safety team at HSENI, appeals to farmers mixing slurry before the commencement of the closed period. Mr Downey said, “Do not take any chances when mixing slurry, your life may depend on it. Stop and think about the entire job ahead and ensure you follow the slurry mixing code.

“When mixing slurry keep children and animals away at all times. Farmers must stay out for 30 minutes after starting mixing or after moving or re-directing the pump.”