THE ENVIRONMENT Agency has successfully prosecuted a former company director for illegally exporting banned household waste including nappies, clothing, textiles, tins and electrical items from a site in Droitwich, Worcestershire, to Indonesia in 2019. 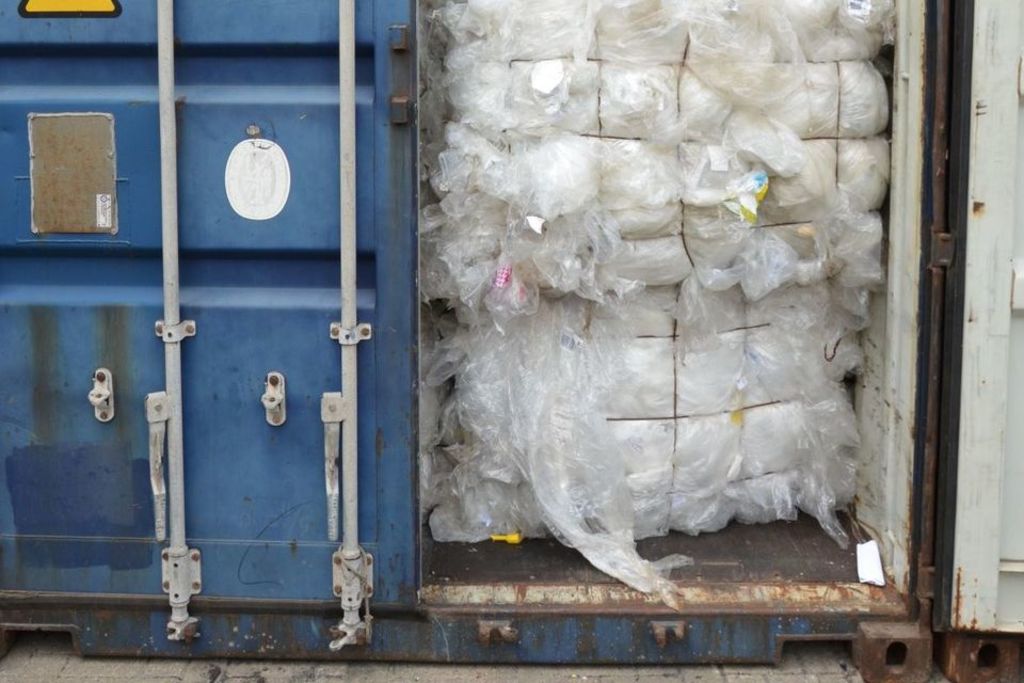 He had pleaded guilty at an earlier hearing in April 2022 to causing his dissolved company Berry Polymer Limited to export the waste to Indonesia. Shipping documents described the waste as plastic, which can be exported to Indonesia for recycling.

Howard McCann, prosecuting for the Environment Agency, told the court that between 27 June and 5 July 2019, Wang had caused his company to export some 382 tonnes of household waste in 22 sea containers from its site in Droitwich via the ports of Felixstowe and Southampton to Indonesia.

Mr McCann told the court that the defendant was the sole director of Berry Polymer Limited, a company which was dissolved on 24 August 2021, at the time of the offending.

Wang had agreed to sell some 500 tonnes of plastic bottle waste to a broker at £270 per tonne. A purchase order confirmed the load site of the waste as “Berry Polymer Limited, 20 The Furlong Droitwich WR9 9AH.” Berry Polymer invoiced the broker £103,210.20 for 382.26 tonnes of “plastic bottles.”

The offence was discovered by Environment Agency officers who conducted initial inspections of some of the 22 containers at the ports of Southampton (17 containers) and Felixstowe (5) on 4 July 2019.

These inspections recorded significant evidence of contamination, flies and, in some containers, a rotting decomposing smell.

The containers were deemed unfit for export at that stage and prevented from onward shipment to Indonesia.

Five of the containers were transported to the Environment Agency’s inspection facility at Felixstowe for full examination, one of the bales examined was so bad that an officer was physically sick.

Ultimately all the containers were returned to the site in Droitwich for reprocessing.

When interviewed, Wang, who was abroad at the time, said the material supplied was not as described because his company’s usual bale inspection had either not happened or was sub-standard.

In sentencing, District Judge Strongman said this was a “blunder” by Wang, which had cost him his business and his reputation.

Senior investigating officer for the Environment Agency Sham Singh said: "This prosecution sends out a strong message that we will investigate and where necessary prosecute anyone found to be involved in illegally exporting waste.

"Waste crime can have a serious environmental impact and puts communities at risk. It undermines legitimate business and the investment and economic growth that goes with it.

"We support legitimate businesses and are proactively supporting them by disrupting and stopping the illegal waste exports."

If anyone suspects that a company is doing something wrong, please contact the Environment Agency on 0800 80 70 60 or report it anonymously to Crimestoppers on 0800 555 111.