AN ABERDEEN based roofing contractor has been fined after an employee fell to his death from a ladder while exiting a scaffold at Jute Street in the city. 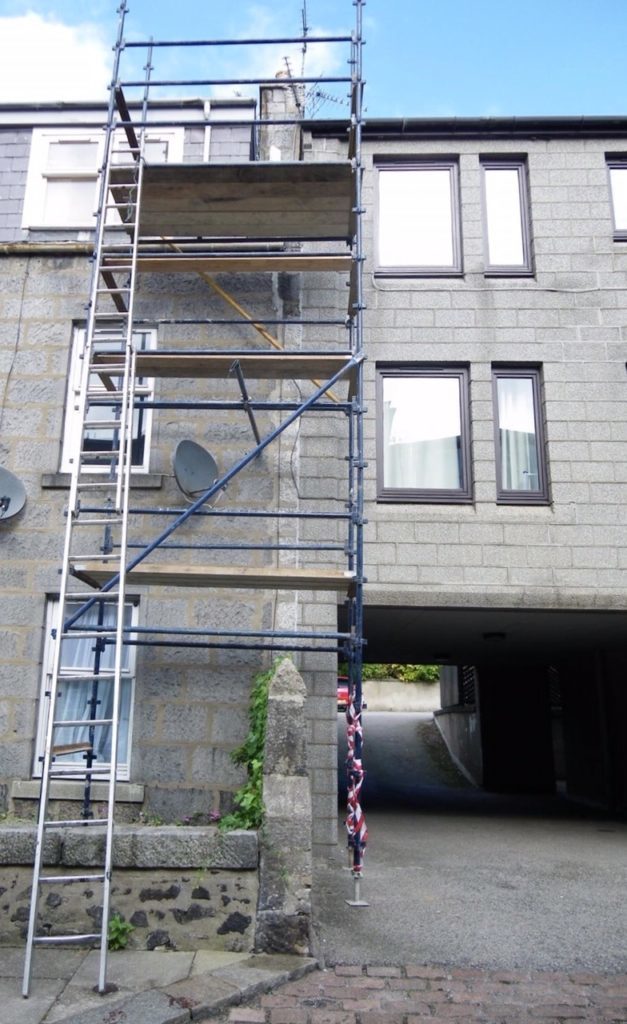 Aberdeen Sheriff Court heard that on 21 September 2016, Joseph Kane, an employee of Henderson and Aitken Limited fell from the top rungs of a ladder when it slipped sideways on the scaffold. Mr Kane died of multiple injuries.

The scaffolding had been erected by Henderson and Aitken Limited employees and the ladder was tied, using a blue nylon cord, to the scaffold ledger at only the left stile.

A Health and Safety Executive (HSE) specialist inspector that carried out the investigation estimated the lateral movement of the ladder due to the lack of fixity was approximately 20cm.

HSE found a Henderson and Aitken Limited employee had erected the scaffold even though he was not a qualified or competent scaffolder. He had been asked to do this by the company director who was aware he was unqualified. The director then allowed three people to access the scaffold. The scaffold was not erected to the correct standard.

Henderson and Aitken Limited of 6 Balmoral Terrace, Aberdeen, AB10 6HH pleaded guilty to breaching Regulation 4 of Work at Height Regulations 2005 and Section 33(1)(c) of HSWA and was fined £53,000.

Speaking after the hearing HSE Principal Inspector Niall Miller said: “Falls from height remain one of the most common causes of work-related fatalities in this country and the risks associated with working at height are well known.

“This tragic and preventable death highlights the need for those undertaking work at height to ensure that it is carried out safely, that industry guidance is followed and that the relevant regulations are complied with. It is vitally important that those planning and arranging for such work give sufficient regard to the risks posed to workers and members of the public through their actions.”