Liftket has developed an electronically controlled chain hoist with quick stop function. The Star VFD stops without ramp-down immediately after the control button is released. 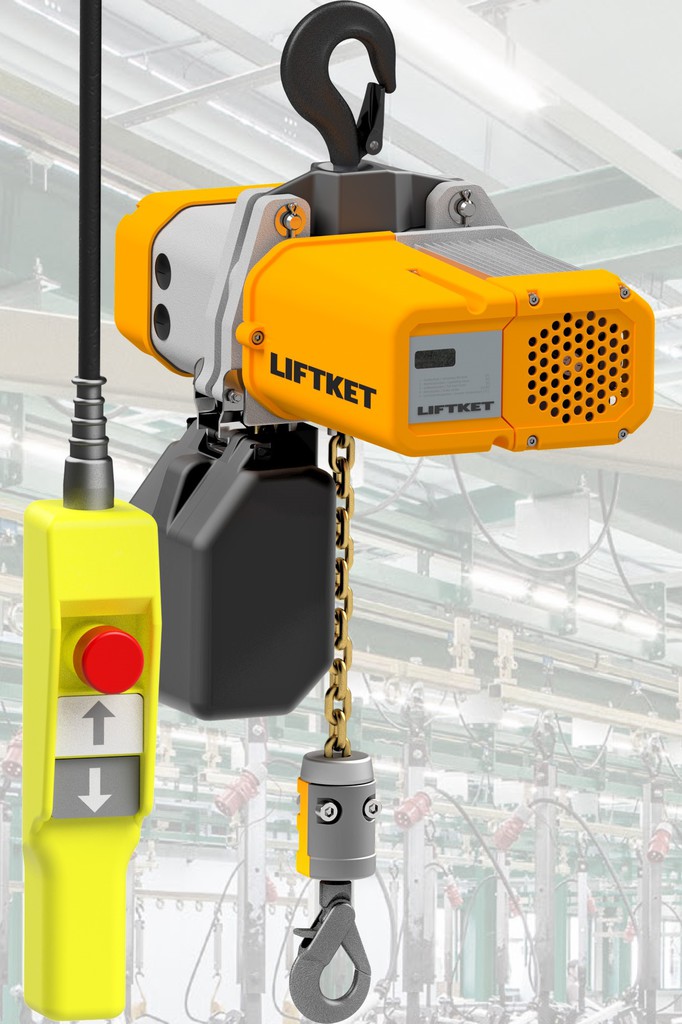 Loads can be lifted or lowered to the desired level in one go. There is no need for time-consuming stop-and-go, which remains a common way to position loads with increased precision.

The new series comprises hoists for loads from 125 to 2000kg. With nominal speeds to 36m/min, depending on the load, these chain hoists are said to be much faster than comparable products on the market.

Moving without load, they can be operated with up to 200% of the nominal speed. This saves time in everyday operation, since typically half of all runs are empty runs. And apart from that, hoists are mostly operated with partial load.

The speed of a Star VFD can be increased accordingly when the nominal speed is not fully used. The standard series provides customers with cost-efficient, fast hoists for heavy use and large-volume applications. Liftket ships individually configured chain hoists within 15 working days.

The variable-frequency drive was specifically designed for this application in cooperation with an international drive manufacturer and is suitable for worldwide use. All hoist components are manufactured and fully tested at Liftket’s German headquarters.