A COMPANY providing a range of airline ground support services has landed a fine after an employee fell from a height of more than two metres. 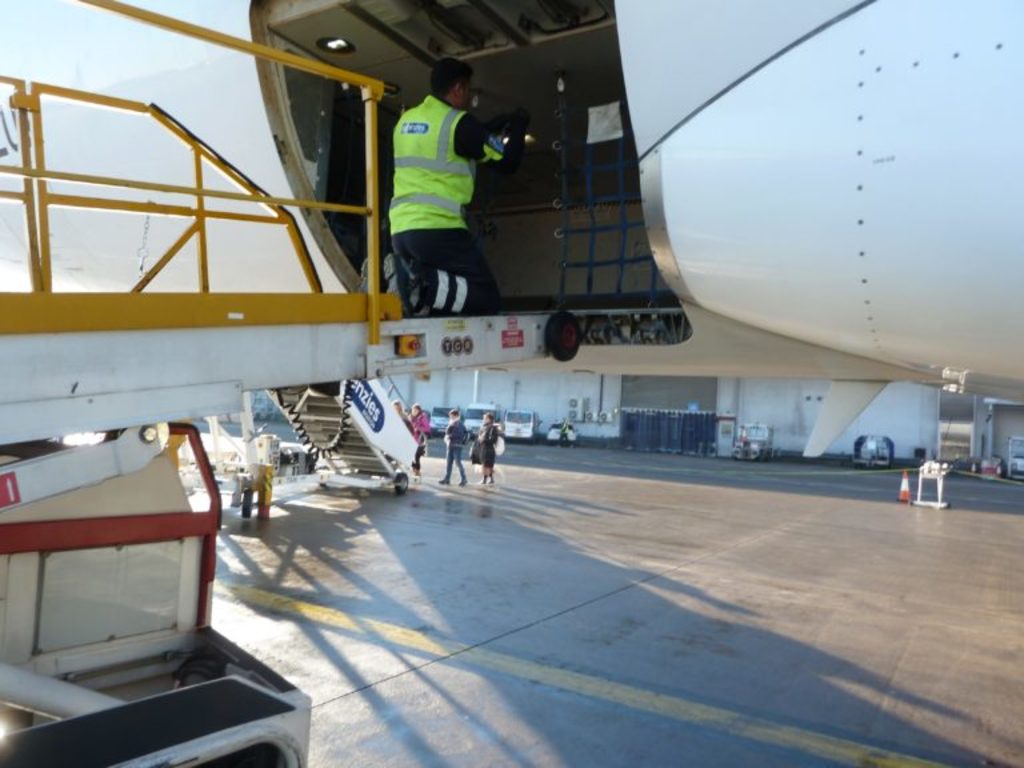 Luton Magistrates’ Court heard that on 24 December 2016 Rebecca Smith of Menzies Aviation (UK) Limited was injured during the loading of luggage onto an aircraft during an aircraft turnaround at London Luton Airport. Ms Smith fell through a gap in the railing at the top of a luggage belt-loader, whilst kneeling upon it to fasten cargo straps, when the belt loader was struck by a passing vehicle. She fell 2.2m (7 feet) on to the tarmac below. The fall resulted in a loss of consciousness. Ms Smith suffered a brain injury, fractures of the skull and cheekbone. She also suffered permanent hearing loss in her right ear.

An investigation by the Health and Safety Executive (HSE) found Menzies Aviation (UK) Limited had foreseen the risk of a collision between the various vehicles operating in a congested space around the aircraft during a turnaround but had failed to implement measures to guard against the risk of driver error when manoeuvring vehicles around aircraft. The investigation also found the company was aware that belt-loaders had a gap in the railings between the aircraft and the barriers but failed to put in place any meaningful measure to control the risk that someone might fall through.

Menzies Aviation (UK) Limited of London Heathrow Airport, Hounslow pleaded guilty, to breaching section 2(1) of the Health and Safety at Work etc. Act 1974 and has been fined £181,500 and ordered to pay costs of £21,043.

Speaking after the case, HSE inspector Emma Page said, “Airports are busy and complex workplaces where workers face many hazards, particularly from the movement and operation of aircraft and vehicles. Currently, accident rates in the industry are well above the national average for all industries. Companies should assess the risks to their own and others’ employees and put in place measures to control these risks.