A JOINERY company has been fined after two separate incidents that led to workers’ fingers being amputated. 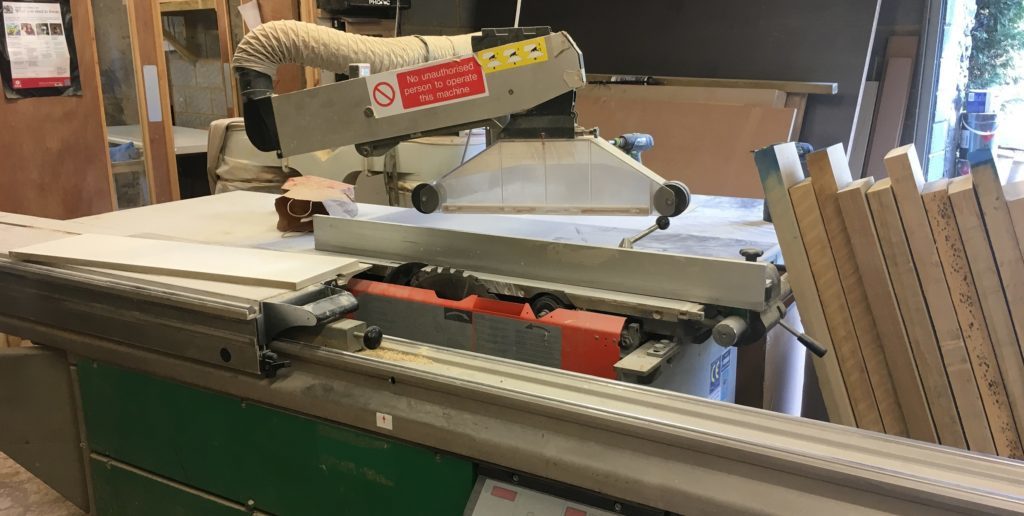 Reading Magistrates’ Court heard how employees of Flory Works Ltd were injured in two separate incidents involving cutting tools. One employee was injured while cutting timber on the blade of an unstable sliding table saw in August 2017, and suffered amputations to the middle and index fingers on his right hand. A second incident occurred in September 2018, where an apprentice joiner was feeding timber through a Planer Thicknesser, and an insufficient guard caused the planer’s blade to come into contact with the employee’s finger, amputating it down to the first knuckle.

An investigation by the Health and Safety Executive (HSE) into these incidents found that Flory Works Limited failed to ensure effective measures were taken to prevent access to dangerous parts of their machinery, and issued the company with three Improvement Notices and a Prohibition Notice. The company complied with the Prohibition Notice by making the sliding table saw stable, but failed to comply with the Improvement Notices within the given deadline. A further extension to comply was granted, but again the company failed to do so.

Flory Works Limited of The Hangar, Little Acre Farm, Chesham, have pleaded guilty to one breach of Section 2(1), and three breaches of Section 33(1)G of the Health and Safety at Work Act 1974, and a breach under Section 11(1) of the Provision and Use of Work Equipment Regulations 1998. The company has been fined a total of £10,600 and ordered to pay costs of £2024.60.

Speaking after the case, HSE Inspector Thomas Giles said “This incident could easily have been prevented had the machinery been properly maintained. Failings in health and safety management were reflected in the general poor standards which were further compounded by the company’s non-compliance with Improvement Notices served by HSE.

“Awareness and management of health and safety, regardless of the company size, is crucial to ensuring the safety of the workforce, and companies should be aware that HSE will not hesitate to take appropriate enforcement action against those that fall below the required standards.”