THE UK Government has flown over 21 million pieces of PPE and more than 1,000 ventilators to the NHS and Social Care Services from China over the last three weeks. 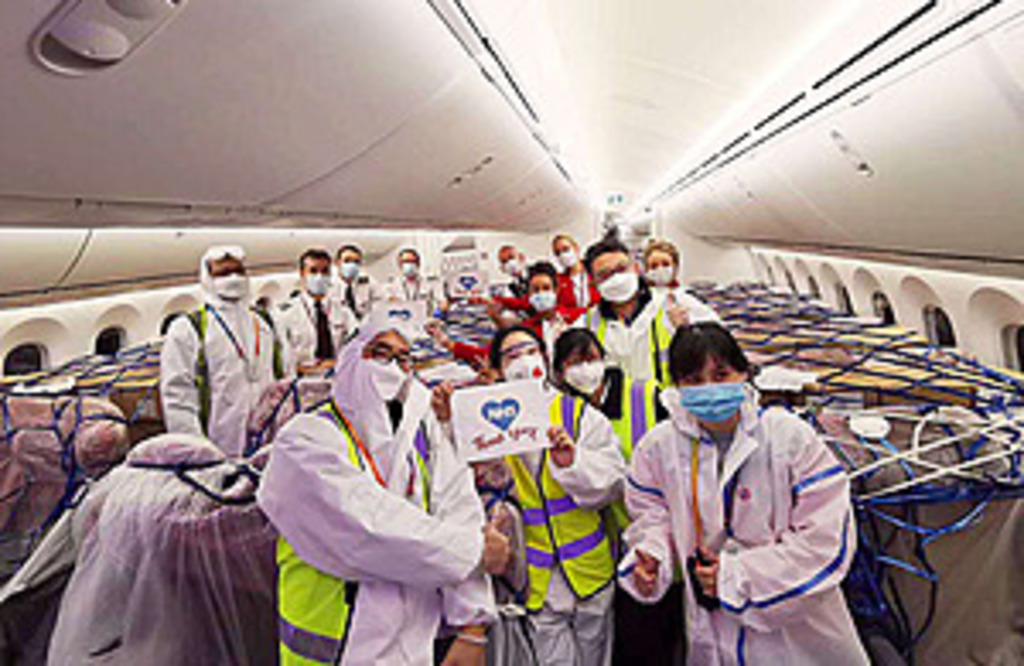 The British Embassy in Beijing has worked with the Department of Health to procure and source donations of medical equipment from China and deliver it to NHS hospitals and care homes all over the UK.

Dame Barbara Woodward, British Ambassador to China, said, "I am delighted that we have been able to deliver huge quantities of lifesaving equipment for the NHS and our social care services.

"Our strong trade relationship with our Chinese partners has meant that we have been able to source the right equipment and we have seen both UK and Chinese firms contribute to our joint fight against Covid-19.

"We are working round the clock to bolster the NHS supplies and save lives and we are seeking further deliveries as a matter of urgency."

20 flights have been operated by passenger airlines British Airways and Virgin Atlantic,as well as various cargo operators and delivery specialists.

The British Embassy in Beijing is a whole of Government platform with staff from the Department for International Trade, Foreign Office, UK Visas and Immigration and the Ministry of Defence all working to support the procurement, logistics and coordination of donations.

Guys and St Thomas hospital and Age UK have been received medical supplies that have been bought by the UK Government and donated by Chinese organisations.

David Lawson, Chief Procurement Officer at Guy’s and St Thomas’ NHS Foundation Trust said, "We are very grateful for donations from the British Chinese Community and for the support of the British Embassy in Beijing, both of which have helped to ensure a steady and timely supply of PPE and other vital medical equipment to help the NHS response to COVID-19."

Caroline Abrahams, Charity Director of Age UK, said, "We are grateful to the people of Changsha for their kind support and donation to Age UK during this challenging time.

"The masks we received will be given to our local Age UKs which are providing practical support in their communities, including helping people who are recovering from the virus to leave hospital and go back to their homes, and will help to keep staff and older people safe."

Almost 2.5 million of the PPE equipment has been donated by Chinese organisations including British Chinese Community Zhejiang UK Association.

The biggest donor so far whose equipment has already reached the UK is Bank of China, who has donated over 1.8 million pieces of PPE and 20 ventilators.

At the start of the Covid-19 crisis the UK provided much needed supplies to the people of Wuhan including goggles and gloves. UK firms that have donated equipment to China include AstraZeneca and GSK.