HSM managing editor Mark Sennett puts some questions to Dame Judith Hackitt to find out how her independent review of the Building Regulations and fire safety has been received and what's next for her. 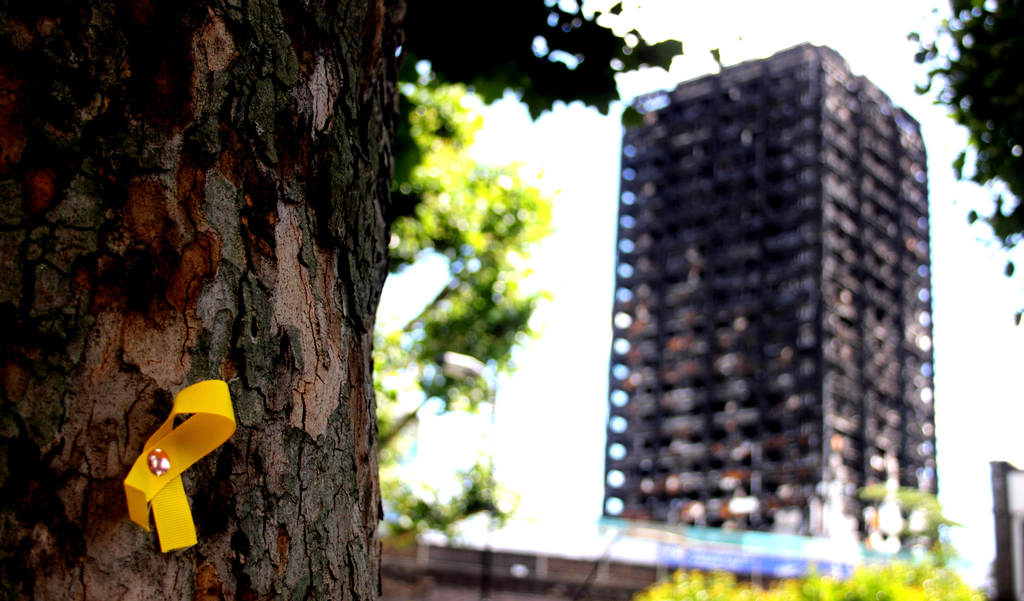 How do you feel that your review has been received from the sector and from government?

Overall, the reception to the review has been very positive. Government in particular has picked up on a lot of the things and a lot of my recommendations are already in the process of being implemented. Or certainly plans are being put in place to think about implementing them. The feedback we are getting from other stakeholders is that they support the direction of travel. For some people it doesn't go far enough, but then as I have said all along this was part of a bigger picture and there are a number of other activities going on, not least of which is the public inquiry. So, my review is only part of the activity that is going on and there will be other recommendations that come out from other parts of the process.

Why did the review not focus on, or recommend outright, a ban on combustible materials being used?

What the consultation has demonstrated is that it is quite difficult to define what you mean by combustible or non-combustible materials. But what my review identified is that the problem is much more complex than that. If it was as simple as just banning one lot of materials and then being able to say 'that's it, problem solved', I would be as pleased as anyone. But, it is quite clear from my review that there is a much more fundamental problem than that – in fact several problems. The system is broken. It doesn't work properly. Even if people use the right materials, you don't know whether the people that are putting it on are competent to do what they are doing, and if the materials are not installed properly it is still a problem.

You said the building regulatory system is broken and not fit-for-purpose, if you believe that why did your report not focus on getting the government to start the process by clear action statement about it?

Well I think the report does address that because at the heart of the report is a description of how the new regulatory system needs to work, and that regulatory system has to be put in place by government and that is the key framework that will drive all of those other behaviour changes from everyone else in the system.

Will fire risk assessors be regulated through legislation in order for them to carry out fire risk assessments on HRRBs, and if so do you see that as being through third-party accredited?

Let's just talk through a number of the recommendations and how it would work in practice. This is all very well focused on high rise residential buildings. So that's buildings that are at the higher risk and end of the spectrum – and that's very much the scope of what I was asked to do and that is where my recommendations really focus.

The whole idea is that for all of those buildings, when they are built new, they will be subject to a full review of the safety and integrity of the building. For those that are already there, those reviews will be done periodically throughout the lifecycle of the building. The safety review that I am calling for is much more than the current fire risk assessment is. And yes, it will have to be done by somebody who is competent to do that. We have asked all sectors of the industry to think through how they are going to raise levels of competence.

Yes, I do think there needs to be accreditation of people do demonstrate that competence. But also recognise that the recommendations say that there will be a new regulatory body in place that will be assessing the adequacy of that safety case that they will need to present for high rise residential buildings.

Would you personally favour one national third party accredited register for fire risk assessment, or would you rather leave it down to industry bodies themselves to run this?

Personally, I don't have a view. I don't think it is for me to say there should only be one body. What I do think is that the industry has to come up with is a coherent framework. What I don't want are a multiplicity of schemes, all of which are different. But it is not my job to tell them how many awarding bodies there should be or accreditation bodies, as long as the system is coherent and they collaborate and come up with some consistent standards across however many bodies there are.

Do you think that decision needs to come from government or does the industry itself need to come together to make a decision?

I think the way we phrased it in the report makes it clear that in an ideal world industry would do it for itself. But we have set a clear timeline that says if you can't come back to us with a coherent proposal within a month, then we'll have to re-look at this, and maybe it will have to be driven by government.

Should there be a building register for every building containing all the information for that building. Dr Bob Docherty from the Institute of Fire Safety Managers has suggested the creation of a fire safety passport. Is that something that you would favour?

Absolutely. The people who work in the built environment have got to look long and hard at how far they are behind so many other industry sectors, in terms of being able to provide that package of comprehensive information that people need and producing it in a modern up-to-date-format that is accessible to the people that need to have access to it.

Should the fire and rescue service be more involved in the safety design or consultation plans of the building?

I said, even at the interim report stage, that I was surprised at the people who are consulted and give a view – and the fire and rescue service are a good example of that – and are not listened to. And that is clearly not the right way for things to be. Yes, their views do need to be taken into consideration. They are consultees for a reason and their views need to be taken into account in building design.

Can you see your work extending beyond high-risk residential buildings (HRRBs) to other high-risk premises, if they can be defined?

I think there are a number of principles that I have outlined in the report that have brought application potential. What I've been very clear about though is that we must not set up the industry to fail by making the task so big in the first instance that it becomes difficult to achieve. If we start with the priority of high-rise buildings and set up a system that works, I see no reason at all why it shouldn't be extended to other categories of buildings in due course.

In the process you went wider than the fire and rescue service and you were quite conscious in going to the fire industry as well. You spoke to groups such as the Fire Industry Assocition but one group that has been quite outspoken was the Fire Safety Federation. They said the review wasn't open to them. How would you respond to their comments on that?

I am disappointed that they have been so critical and made those points because I think they had every opportunity to provide their views. They were given their opportunity through the consultation process. There's an opportunity even now to feedback and give other thoughts on the final report and as you say, we involved a number of organisations in the working groups that as you said included the Fire Industry Association. It wasn't possible to involve everyone who wanted to be because we had a deadline to meet. We were asked to do this review in a very short space of time and come up with some timely recommendations, which we did. And as I have said in numerous presentations that I have given on this review, it is not the whole answer, it is about the direction of travel and starting to get things to be better.

There is no reason at all why people can't come back and have their say. So, let's not get offended by what wasn't included. Let's see this as a step in the right direction and how can we make it even better.

What are the next steps to take your review forward?

I've delivered the report to government and it is now for the government to make a statement in the not-so-distant future I hope, on how they intend to implement and what they intend to implement and how they're going to take that forward. One of the areas I am going to continue to be involved with is the steering group, which will ensure that industry picks up on their recommendations and the things that are for them to do.

I am going to be doing that very soon, we'll be holding the first meeting of quite a high-level group that we are going to pull together, that will try and steer that work within the industry and hold  industry to account for delivering on the recommendations that was for them to do.

What is next for you personally?

This piece of work and this review was a step out of all of my other roles, so having completed that I now revert and go back to and continue to being the chair of the Engineering Employers’ Federation (EEF and on the board of the High Value Manufacturing Catapult, which are the roles that I have had for a number of years and continued to do while I was doing the review as well.

Dame Judith Hackitt conducted the independent review on the Building Regulations and Fire Safety. She is also chair of the EEF. For more information, visit www.eef.org.uk