Sitting versus standing - where do we stand?

In recent years headlines claiming that sitting is the new smoking have caused alarm among desk based workers especially in light of suggestions that regular exercise is not enough to undo sitting's ills. Georgina Bisby reports 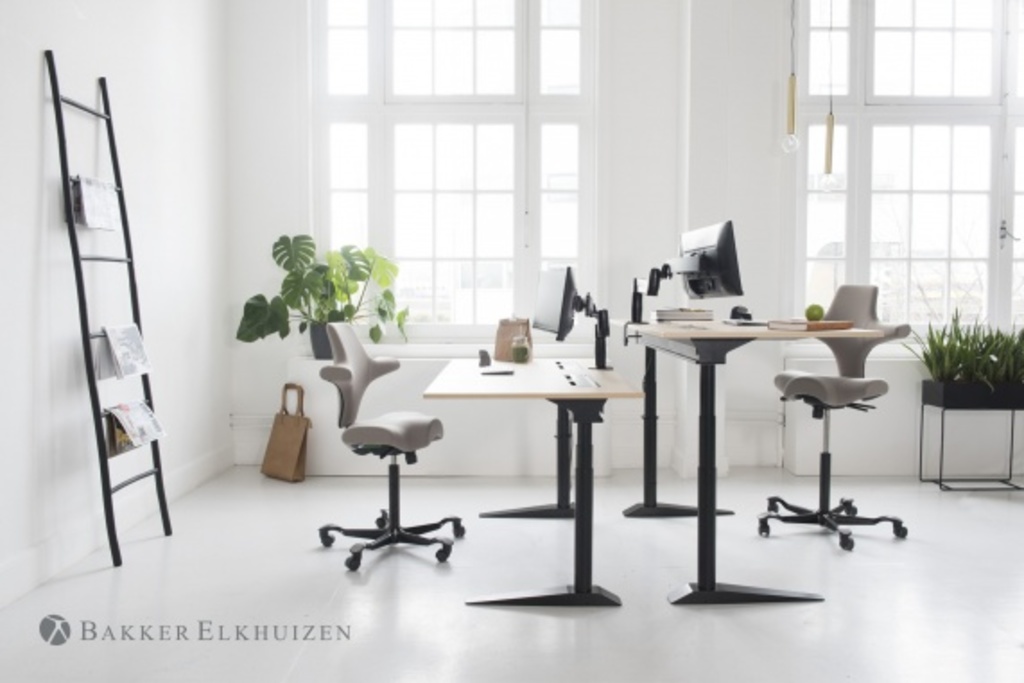 The idea that “Sitting is the new smoking” garnered attention after Dr. James Levine, director of the Mayo Clinic-Arizona State University Obesity Solutions Initiative suggested during an interview with The Los Angeles Times in 2014: “Sitting is more dangerous than smoking, kills more people than HIV and is more treacherous than parachuting. We are sitting ourselves to death.”

Dr Levine’s comments came in the wake of several research studies which had indicated that sitting for long periods of time might not be such a good idea and was associated with a catalogue of health problems. According to a study published in 2012 led by the University of Leicester, in association with researchers at Loughborough University, sitting for long periods increases your risk of diabetes, heart disease and death.
Worse still, the research suggested even if an individual met physical activity guidelines, sitting for excessively long periods of time could still compromise their health.

In light of the findings Loughborough University’s Professor Stuart Biddle, a co-investigator on the study, recommended: “There are many ways we can reduce our sitting time, such as breaking up long periods at the computer at work by placing our laptop on a filing cabinet. We can have standing meetings, we can walk during the lunch break, and we can look to reduce TV viewing in the evenings by seeking out less sedentary behaviours.”

These recommendation were embraced by offices across the country and sit-stand desks which were already popular in Scandinavia, with over 90% of office workers having a sit-stand desk in Denmark, started becoming more commonplace in the UK. Standing at work quickly became trendy with companies publishing pictures of their standing meetings, Google and Microsoft offering sit-stand desks to workers who requested them and the likes of Victoria Beckham sharing snaps of their sit/stand desk set up on social media.

Meanwhile the evidence against sitting kept coming and anyone left sitting at a desk was regularly be reminded of the serious health problems they were storing up. A study published in the US publication, the Annals of Internal Medicine in October 2017, found both the total volume of sedentary time and its accrual in prolonged, uninterrupted bouts are associated with all-cause mortality. If the sitting didn't kill you the stress of worrying how devastating it could be for your health surely would.

The study by Curtin University in Australia published in the Journal of Ergonomics had observed 20 participants working at standing desks for two hours. During this time, although problem-solving improved, discomfort significantly increased in all body areas and reaction time and mental state deteriorated. The report therefore urged that replacing prolonged sitting with standing should be done with caution and those who had invested in sit/stand desks were left asking whether they now had new health risks on their hands.

The report’s findings were in contrast with a previous Cochrane review published by Shrestha et al (2016) looking at workplace interventions for reducing sitting at work had concluded that while sit-stand desks did not have a considerably positive effect on work performance, musculoskeletal symptoms or sick leave they equally did not produce harmful effects, such as musculoskeletal pain, varicose veins, or a decrease in productivity. The Cochrane review did however highlight the need for more comprehensive research.

One size doesn’t fit all
The issue is confusing to say the least and proceeding with caution is good advice.
John Ridd, Owner of JRP Ergonomics and member of the Chartered Institute of Ergonomics and Human Factors urges employing similar caution when interpreting the headlines. “It’s important to point out that many headlines concerning the dangers of sitting, and now standing, generally overstate the case being supported and the scientific evidence is far more equivocal; nevertheless, they have caused some concerns amongst end users, and there are some valid issues to be considered.

“The evidence we have suggests that sit/stand desks are a good idea, if regularly used, but they are not the whole answer. Having a fixed height sitting desk is fine, provided it is set up for your use and you can take regular breaks from the seated posture. Whole body movement is important as it encourages good blood flow that, in turn, maintains alertness and reduces muscular fatigue. It’s always advisable to walk around the office as much as possible whether that’s making a hot drink or walking over to a colleague’s desk rather than sending them an email. If you’re likely to stay in a seated position for 3 to 4 hour sittings and not take regular breaks, then a sit/stand desk would probably be preferable – at least you could make regular changes between the two postures,” says John.

There’s also no one size fits all solutions urges John. “It’s difficult to accurately determine whether sitting or standing will increase risks of serious illnesses as people all have an individual level of risk for certain conditions based on their genetics, life history and environment that is totally unrelated to their sitting habits. I think it’s important to point out that we would all benefit from a greater level of movement, so whether you install a sit/stand desk or decide to stick with a traditional sitting desk, make sure you take opportunities to walk around, stretch and get your blood moving,” he concludes.

Don’t just stand there
Some simple advice for anyone still unsure about the benefits of a sit/stand desk comes from Professor Alan Taylor, a physiotherapy expert at Nottingham University, who told The Telegraph in an article about back pain that the bottom line is that the growing popularity of sit/stand desks “has been driven more by commercial reasons than scientific evidence.”

“But the evidence is catching up and it’s showing there are some drawbacks. They are not a panacea for back pain, yet companies are worried that if they provide them they’ll be sued.”

Box out: What are sit-stand adjustable desks?

A standing desk can be easily adjusted to sitting or standing height. There are four mechanisms:

Counterbalance
Counterbalance desks adjust by releasing and locking a lever to alter height. They require moderate force to push down and can easily be raised upwards. For optimum performance it is essential to firstly identify the proposed weight loading for each desk.

Hybrid
Hybrid desks combining both counterbalance and winding handle functionality are a recent development and may be a popular solution although currently more expensive
Source. getbritainstanding.com

Box out: On your feet day - Friday 27th April

On 27th April 2018, Get Britain Standing, campaign to increase awareness and education of the dangers of sedentary working and prolonged sitting time, in association with the Active Working initiative are asking the nation to unite against prolonged office sitting by taking on the challenge to get on their feet.

Get Britain Standing wants workplaces and individuals across Britain to sit less and move more during their working day and has several resources to help available on their website: www.getbritainstanding.org

Ideas to get you moving

Run a lunchtime fitness workshop for the office.
An alert will sound at random times and everyone must stand up when it does. A fine for those caught napping.
Take regular breaks from your computer, stand up, stretch and walk around the office. Ignore the bemused looks.
Make phone calls standing up.
Use the stairs.
Have standing or walking meetings.
Have one less chair than people at meetings.
Get everyone to move around with each new agenda item.
Ban internal emails. Everyone must walk to colleagues to discuss work. Be prepared that some people may have aged - depending on how long you’ve left it.
Organise a lunchtime walk. Walk to work, or get off a few stops earlier and walk the rest of the way.