Setting out the Government's legislative programme for the year ahead, in her speech, the Queen said that legislation will be introduced to ensure sufferers of the asbestos-related cancer mesothelioma receive compensation where no liable employer or insurer can be traced. 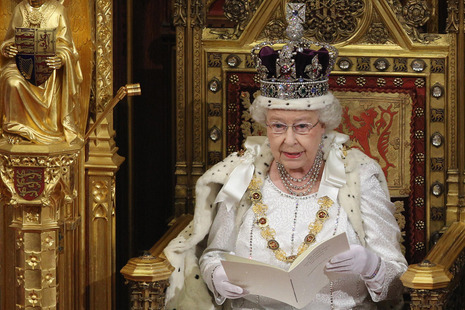 The Mesothelioma Bill will provide a payment to sufferers of mesothelioma from an insurer-funded scheme in cases where negligent exposure to asbestos is proved but the insurer of a defunct company cannot be traced.

Over the next ten years around 3,000 sufferers will receive payments of over £300 million in total. The scheme will operate from July 2014, although people diagnosed with mesothelioma from 25 July 2012 will be able to claim.

A streamlined claims process should mean that where there is a traced employer or insurer, compensation is paid within three months, and three to five months in cases where no such party can be identified. The Ministry of Justice will consult on the plans later this year.

The Association of British Insurers (ABI) is also seeking to build an online portal for mesothelioma sufferers to register claims, so that all relevant information can be held in one place.

However, the bill has been criticised by construction union UCATT for not going far enough. Its general secretary Steve Murphy said: "This watered-down scheme, which denies compensation to many victims and slashes compensation to those who qualify, demonstrates that the Conservatives are in the pocket of the insurance industry."

The union pointed out that victims of asbestos-related lung cancer and other fatal conditions who cannot trace their insurer will receive no compensation whatsoever. It added that the scheme will not assess individual cases and there will be banded payments based solely on the age of the victim.