THE SCHMERSAL Group has expanded its range of switches for heavy industry to include explosion-proof variants suitable for use in areas at risk of explosion. 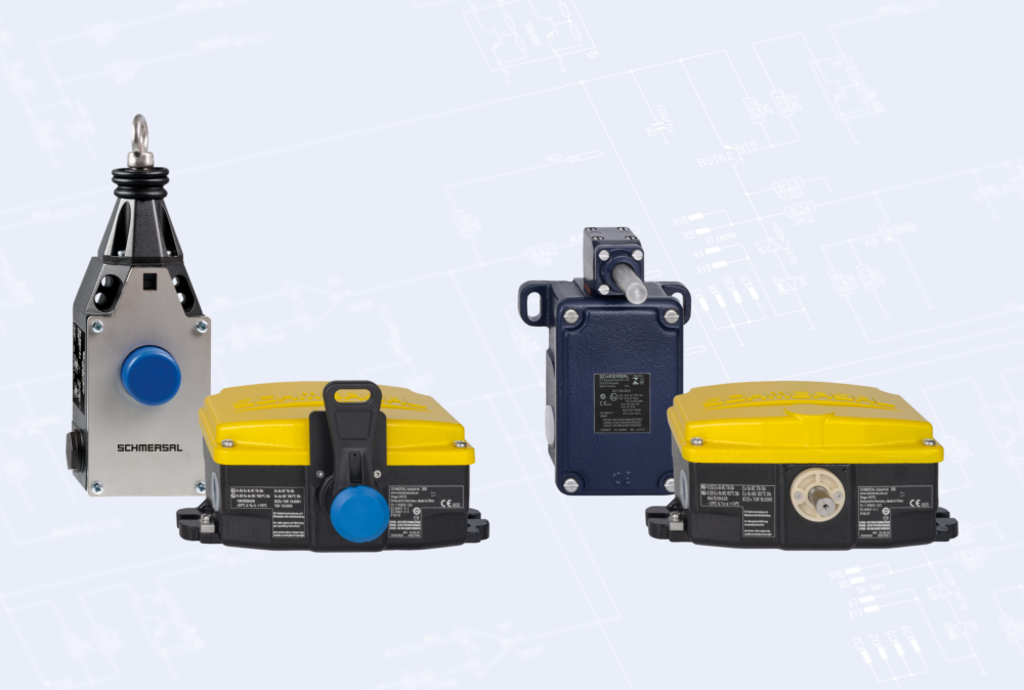 Variants certified for Zone 1 have been designed for applications in which hazardous gases could occur, such as in the chemicals and petrochemical industry as well as in refineries, landfill sites and recycling plants.

Switches that are certified for Zone 21 are suitable for areas outside of dust-enclosing containers, such as near to filling and removal points, conveyor belts or HGV dumping points, such as those found in recycling plants, gravel and cement works, thermal power plants and in the metalworking industry.

The EX-I-ZQ900 pull-wire emergency switch with single-sided action is used on machines and systems in areas at risk of explosion, where there might be the need to trigger the emergency stop command at any point along the route of the wire. With wire length of up to 75m, it offers numerous contact combinations for a safe and reliable shutdown as well as simple, quick diagnosis.

For greater distances, there is the EX-I-RS655 pull-wire emergency switch with two-sided action. The main characteristic is a significantly reduced installation cost, made possible by the wire length of up to 2x 100m, as well as by the central connection terminal. The central connection terminal enables quick and easy wiring. The EX-I-RS655 with integrated DuplineSafe interface for safe series connection, including diagnostics, is available as an option.

Belt misalignment switches in the EX-T.454 and EX-I-BS655 series, made of grey cast iron, monitor the straight alignment of conveyor systems and are arranged in pairs on both sides of the belt, close to the drive pulleys and idlers.

Uneven loads can cause position deviations, which in extreme cases can cause damage and material spillage. A staggered signal for position monitoring enables prompt belt correction with the pre-warning signal, while a stop signal will cause the conveyor system to be shut down.

The EX-I-BS655 series is based on the multifunctional HDS product platform. With a basic switch and a range of actuating elements as well as different roller diameters and adjustable switching angles, it can be flexibly adapted to the conveyor system in question. Connection to the pre-assembled connection terminal is simple.

Both the EX-T.454 and the EX-I-BS655 are available with the optional Dupline fieldbus interface, which offers diagnostic convenience with reduced wiring effort.

The Ex switchgear is constructed in accordance with the requirements of ATEX Directive 2014/34/EU. With IECEx approval, the switchgear also meets international explosion protection requirements.