Significant challenges and change ahead

The future of health, safety and well-being in the UK and where the focus will be was the theme of the final session of the day in the BSC Conference Theatre at the Health & Safety Event today (9 April). 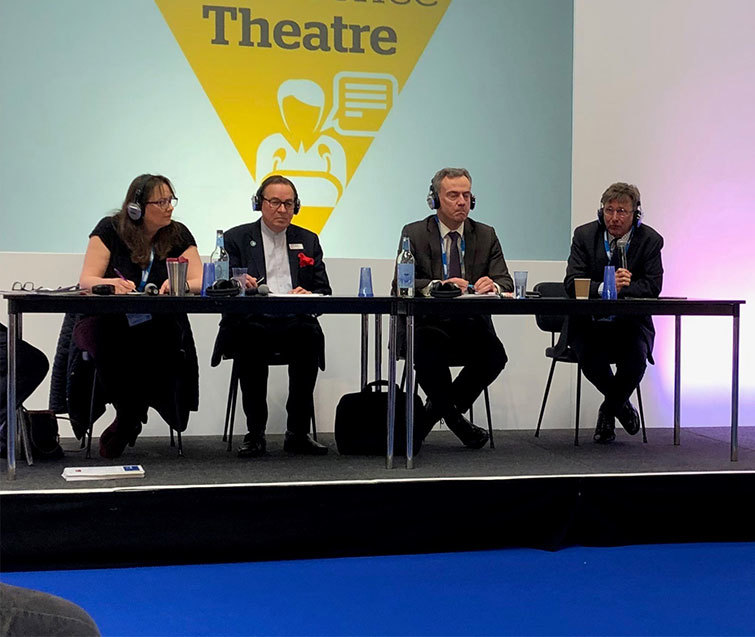 A panel of respected stakeholders in the field gave their views of the current state of play, and thoughts on where they see things going – without, surprisingly (but probably deliberately), mentioning Brexit. Policy advisor with the McOnie Agency Neal Stone began by reminding delegates of the impact of both the Löfstedt report in 2011 and the intervening years of austerity. He said: “I feel Prof. Löfstedt’s main finding, that the health and safety regulatory framework in the UK is working effectively, is still valid. That framework has certainly been a contributory factor to the measurable improvement we have seen in health and safety over the last 40 years or so, but that success can also be attributed to many other parties, also.

“All of these – the regulator, employer and trade bodies, unions, etc. – are now under financial pressure, particularly the HSE, which has lost a significant number of inspectors. But the latest statistics summary from the HSE shows there is still a massive amount to be done in terms of health and well-being, in particular. So, we cut resources further at our peril. I really don’t want to see a loss of interest politically or economically.”

Next to speak was HSE inspector Jane Lassey, who focused on the need for the regulator to keep up with the challenges posed by the changing world of work. She said: “There are four key areas that we need to keep an eye on for the future. First, is the gig economy, or the ‘Uberisation’ of work. According to a recent survey, by 2020, up to a third of the workforce in the UK will be employed in the gig economy. What we are concerned about there is the lack of oversight and training for those workers, which can lead to greater risks.

“The fragmentation of the labour market and changing dynamic between employer and employees is also something we need to keep pace with. Then there is the ageing workforce, plus increasing automation of work.”

Picking up on Neal’s comment regarding inspector numbers, Jane pointed out that the regulator, like everyone else, has to live within its means. “We’d be happy to take more resources, but in the absence of any, we need to focus on what the HSE does as an organisation. We are not just about enforcement but also education and communication. We need to look at how best to lever what we do to get others to act appropriately.”

Chair of the British Safety Council Lawrence Waterman OBE chose to focus on health and well-being, saying it requires different mechanisms from those used to address safety. He explained: “While a lot of the technical issues to do with safety are dealt with by experts, addressing health and well-being is more of a partnership, especially in terms of the psychological environment in the workplace.”

On the theme of enforcement, he echoed Neal’s concern that “if we keep cutting resources, things will start to deteriorate, even if it takes a while. Regulations without an effective regulator are in danger of becoming window-dressing.”

He added that tackling the gig economy is too big a challenge for the HSE alone: “This is not just about health and safety – it’s about removing a whole tranche of workers from a whole raft of protections.”

Chris Green, a partner with Keogh’s solicitors, warned against devoting too many precious resources into health and well-being, as, from his point of view, as a defence solicitor, “the occupational accident side is still very much a concern”. He pointed out that resource allocation is all about prioritising – “there are 500 road deaths a year, for example, which is far higher than occupational fatalities, so targeting of resources is an issue.”

Jonathan O’Neill, of the Fire Protection Association, believes the biggest development in the fire sector will be a change to the Regulatory Reform (Fire Safety) Order 2005, in the wake of the Grenfell disaster and Dame Judith Hackitt’s review. He added: “Competence in the construction industry will also be in the spotlight, as will changes to the Building Regulations. Another big change will be the Joint Competent Authority, whatever eventual form that takes.”