Having spent many years in the respiratory protection equipment (RPE) industry, Fred Chartlon draws on his knowledge to provide a history of this life-saving equipment and the effect that Covid has had on manufacturers. 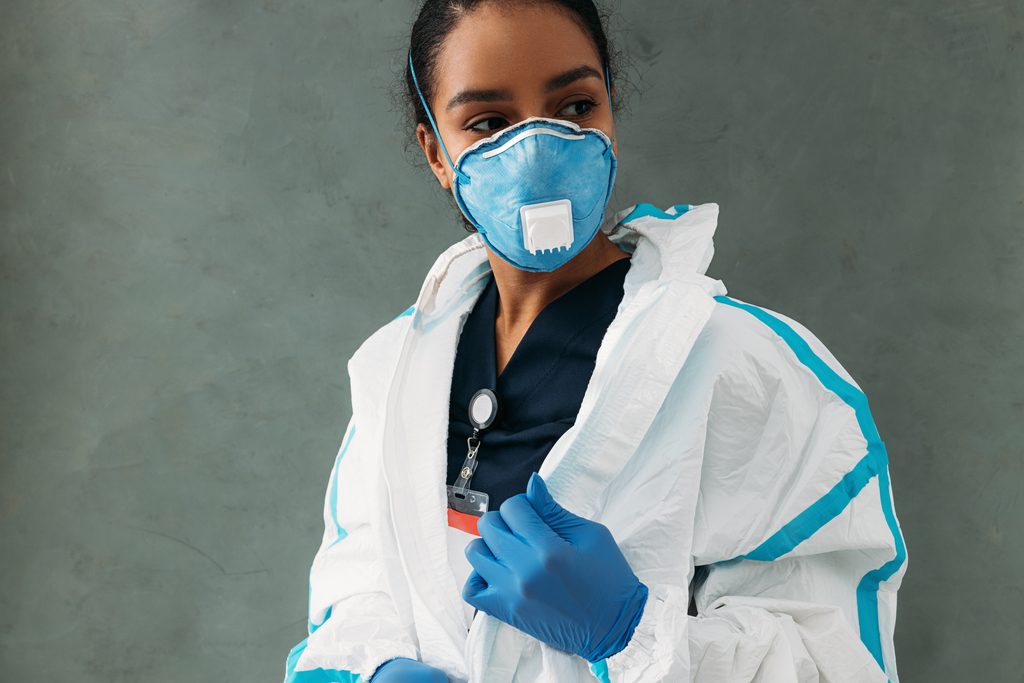 I STARTED in RPE in 1980. Disposable RPE had only just been introduced into the UK market and there was only one manufacturer. There were literally two disposable masks on the market: an FFP1 and an FFP2. The FFP1 target at that time was the coal mining industry. This industry was the main focus due to the high incidence level of pneumoconiosis; the dust related illness caused by dusts found underground. The mask worn by Miners prior to this was a bulky rubber half mask with much of the weight front-baring. It weighed about 280 grams compared to the disposable 14 ounces. The reality is that only 6% to 8% of Miners used them. Conversion was relatively simple, and the disposable RPE concept was born.

Asbestos was banned in the UK in the mid 1980s and yet the same media had been used by the forces in the second World War in the filters to protect against dust. CoSHH was introduced in 1988 and had a huge impact on RPE. A previous employer employed an occupational hygienist to man a free phone help line. Pre-CoSHH he was reported to take on average 34 calls per week. In the year of CoSHH the call rate increased by 10-fold. What that tells us is that much of industry jumped straight to the last in the line of defence under the hierarchy of CoSHH and covered the mouth and nose. RPE should be used in conjunction with other controls where possible.

RPE became an extremely lucrative business over the years and many PPE manufacturers started to see the attraction and target the globes' largest manufacturer with innovative products and many at reduced cost and greater comfort and fit to the wearer. In my view, this is an extremely healthy situation. Clearly this is beneficial to all as it increases research and development into an industry which requires it badly and at more competitive prices.

Face Fit Testing was introduced in the fourth revision of CoSHH in 2002. BSIF were appointed as an accreditation agency a couple of years later to implement a level of control over competency in the Fit Testing and Train-the Tester field. Evidence of bad practice had become prominent, and it was felt that a means to support an individual’s level of competency should be implemented.

Pre-COVID, the HSE were quoting that roughly 12,000 employees were dying prematurely from occupational cancer. In essence, this means that their life span can be reduced by between 10 and 14 years. This is a shocking statistic. Asbestos is still the biggest killer in the UK, however the numbers are falling due to the controls in place. The numbers dying from silica are rising at a scary rate and construction workers tend to suffer from complacency and apathy. Employers still ask us why we should be fit testing disposable RPE! Workers continuously tell us that they’ve been doing the job for twenty years and it’s still not affected them or “I’m only doing this for ten minutes, what harm can that do?” “How can a days stubble cause an effect on the seal of the mask?”

We need to understand that FFP’s are filters which are designed to take the shape of the workers face. Like half masks, they are still filters and require to be treated as such. They also require to seal to skin.

In March last year, COVID-19 hit the globe and the total RPE market along with other dependant markets like protective gloves etc went in to melt-down. Demand outstripped supply massively in all aspects of RPE. Everything related to RPE was affected. Lead times moved to months at a horrendous pace. Accordingly, manufacturers reacted. Countries producing products outside of the UK locked their gates and released nothing. Companies manufacturing in the UK ceased production of products requiring more time to manufacture and increased production of products which could be churned out more quickly, in an endeavour to meet demand. Sadly, those products in general, tended to have a lower pass rate on face fit testing which left a higher-than-normal percentage of workers unable to source the respiratorthey had been fit tested on. Prices rose at an alarming rate. The NHS had an overwhelming demand on the industry for obvious reasons. Even many of their front-line workers found great difficulty in finding an FFP3 which fitted them. This situation worsened due to supply issues on Face Fit Testing materials. The test solutions (Bitrex and Saccharine) came on short supply and some were even produced in chemistry labs in closed-down schools. Nebulisers and hoods were also in poor supply. The manufacturers of Ambient Particle counters were struggling to meet the scale of demand and lead times also increased dramatically.

Then, of course, the opportunists struck. They saw the demand and counterfeit product became rife. Companies setting themselves up as trainers who had barely watched a video. Products eventually started to be offered into the UK market which had never gone through a recognised Test House. FFP3’s which had ear-loops were offered which would never pass a fit test. Day in, day out companies were offering KN95 and N95 masks which are not acceptable in the UK market. An abhorrent amount of mask producers started up in the Far East. All of this coupled with the UK leaving Europe. So called Face Fit Testers testing workers with facial hair. Poor quality training and testing was and is a common occurrence. Can it get worse? Sadly, an element of chaos still ensues. Industry is now back in operation and is left with the remnants of poor-quality product offering in general. Many clients are confused and unsure where to turn.

Sadly, a lot of bad practice has crept into the industry and COVID is the excuse and needs to be addressed to allow us to progress. We need to learn more lessons from COVID than we did from previous pandemics and there are plenty to be learned.

There is one positive outcome has come from all of this. During all pandemics to date, many RPE producers outside of the UK locked their gates to product leaving their borders to enable them to satisfy their own needs. Certain manufacturers have invested heavily in building RPE manufacturing facilities in the UK and should be applauded. Let’s now get innovation under way.

We Fit Testers, who are BSIF fit2fit accredited, will always make ourselves available to assisting you in making sound choices in RPE selection. We have no axe to grind and have no allegiance to any manufacturer. One word of caution would be that if you are looking for someone to fit test or train in either Qualitative or Quantitative Face Fit Testing, ensure they are Fit2Fit Accredited. If their name is not on the www.fit2fit.org register, check their competence.

Fred Charlton is the director at RPE2FIT Ltd. For more information, visit www.rpe2fit.com