Some substances are not only odourless, but invisible to the naked eye making gas monitoring critical to the safety of of workplaces. Simon Hopwood looks at the different options 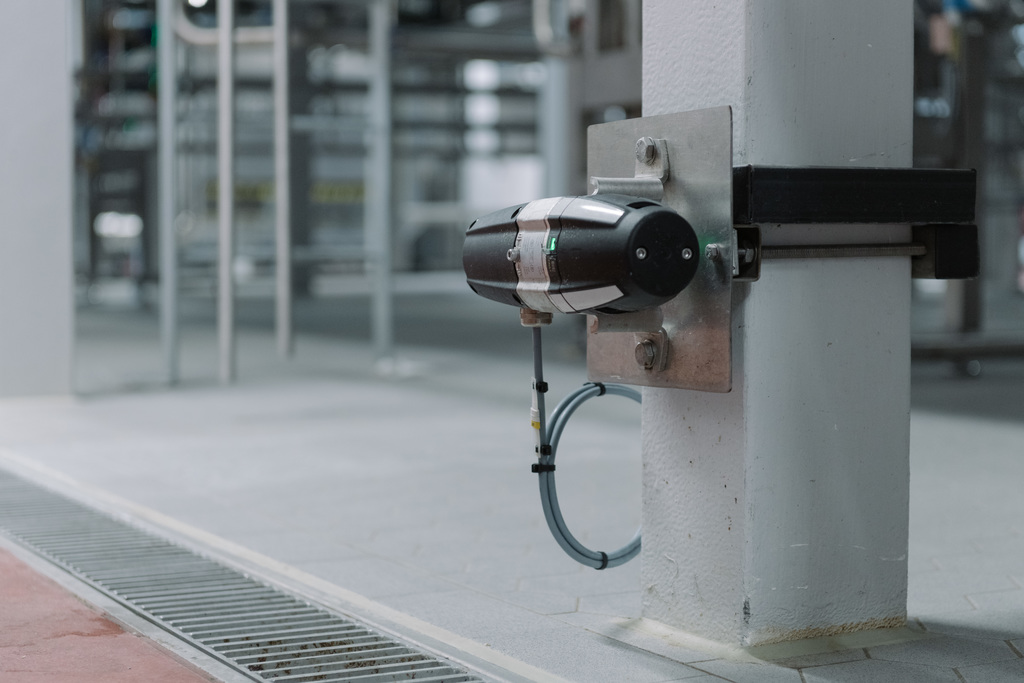 Gas safety is a critical consideration in airborne hazard management in many industries and one which is a growing priority for the Health & Safety Executive (HSE).

Furthermore, in addition to conventional hazards, such as carbon dioxide in food and drink manufacturing, businesses now also need to consider the introduction of new and lesser known risks, such as the growing prevalence of hydrogen as a more mainstream fuel source.

As substances which usually can’t be detected by the human eye and which can also be odourless, gas monitoring and detection of abnormal or dangerous levels is critical to the safety of many businesses.

However, gas safety is often part of an extremely broad portfolio of safety issues, and as a result, it can be a complex and challenging area to address effectively. Furthermore, unhelpful misconceptions and misunderstandings around the topic are common, and further hinder safety management.

Specific training on gas safety – particularly for gases that are specific to certain industries – can be an invaluable way of helping to correct these types of misconceptions.

Advice should also be sought on the different types of monitoring and detection devices which may be needed for different settings and applications. For example, a common mistake (or ‘work around’) is for portable personal gas monitoring devices to be used instead of permanent point detectors. Portable monitors are battery powered, which introduce an opportunity for human error if they are not sufficiently charged and they are therefore unsuitable for constant monitoring requirements.  Additionally, their alarms are designed to be heard or seen when worn about the person, so are not sufficiently loud to warn someone on the other side of a room, or other large space. Most importantly, they cannot warn an operative when an area is safe to enter (outside of that space) without having to enter the hazardous area in the first place.

If we consider again hydrogen, which, at 14 times lighter than air, will rapidly rise, any collection of a gas cloud will be near the ceiling and thus well out of reach of any portable device.

Using fixed permanent gas detection removes the opportunity for human error, or risk taking in situations where, for example, a portable device may have run out of charge but due to operational or production pressures, the temptation might be to enter an area of risk anyway, on the assumption that it is only for a short time. There have been cases of this happening where carbon dioxide has been present (a largely odourless and colourless gas) and fatalities have occurred as a result.

There are also examples of short cuts being taken to save money. Consider, a food manufacturing business that uses carbon dioxide and nitrogen in the packaging process. Both gases pose serious risks at certain concentrations. Yet it is not unheard of for a business to rely on someone opening external doors to ventilate the area as a ‘solution’ to this type of critical safety issue. All too often because this type of ‘work around’ is seen as cheaper than addressing the need to monitor potential gas accumulation properly.

While carbon dioxide appears to have little toxicological effect in low concentrations, the risk of not having a suitable gas detection system in place is that if there is a build-up of higher concentrations, there is a risk of employees experiencing increased respiratory rate, tachycardia, cardiac arrhythmias, and impaired consciousness. While concentrations above 10% may cause convulsions, coma and even death.

Viewed in this light, it is clear that the only proper solution in this instance is a suitably-designed fixed gas detection system that would alert staff to the potential build-up of harmful gases.

Furthermore, installation of smart sensors on fixed safety monitoring equipment enables staff to be proactively alerted of safety issues and interact with other systems, as well as identifying maintenance and servicing schedules. While in working environments such as food and drink manufacturing, a gas detection system can be set up, to not only sound an alarm when the gas readings rise above a safe level, but also to link up to a ventilation system. This means that not only are workers alerted to unsafe gas levels, but automated ventilation is activated by the control system to mitigate any impact. An added benefit of this type of approach is that systems are more efficient; instead of ventilation fans running permanently, they can be automatically triggered to turn on only when required, based on the condition of the atmosphere, as reported by the gas detection system.

Research from the Draeger Safety at Work report recently showed that if organisations are to optimise innovation and to utilise new connected technology to truly enhance safety in the workplace, there needs to be a conscious and consistent move to access and analyse smart technology data, and to use the findings to implement change. Analysing data produced by gas monitoring and detection devices offers valuable insight that will allow for better, more informed decision-making, both in the short and long-term. This data can also be evaluated to serve as the basis for more effective risk assessments and health and safety policies.

Other factors to consider when selecting an appropriate gas detector is the range of concentration anticipated and whether the presence of other gases may affect readings or even damage the sensor.

It is also essential to build flexibility into gas safety planning to ensure it can adapt in future, whether to add additional devices, or to introduce new functionality to capitalise on innovations or developments in connected technology.

As referenced earlier, the other consideration is that as we move ever closer to the use of greener fuels like hydrogen, the different challenges presented by these fuels need to be considered as we become clearer on the safety risks - such as those associated with storage and the way hydrogen behaves in certain scenarios. We know that some of the properties of hydrogen require additional engineering controls to ensure its safe use. Specifically, hydrogen has a wide range of flammable concentrations in air (upper explosive limit (LEL) per cent- upper explosive limit (UEL) 74 per cent) and lower minimum ignition energy (0.019 mJ) than gasoline or natural gas (methane LEL per cent- UEL 14.3 per cent), which means it can ignite more easily.

Ignition energy of flammable gases such as petrol, methane, ethane, propane, butane, and benzene is in the order of 0.1 mJ, (Ayumi Kumamoto et al 2011). To put this into perspective, a static shock that you can feel would be in the order of 1mJ!

Add to this that it’s colourless, odourless, tasteless, non-toxic and burns with a flame that is almost invisible to the naked eye, and it’s easy to see how the dangers of hydrogen could be underestimated.

Overall, a gas detection and monitoring device should be easy to use and provide sophisticated functionality; particularly important when connecting it to other devices and control systems for management-level summary data and reporting.

As in many other aspects of business, it’s a case of not necessarily opting for what appears to be the most cost effective solution on day one but planning for the future – whether corporate expansion, or the introduction of new technology or fuel sources which may generate new gas safety risks.

Everards is an independent family brewery based in Leicestershire which has recently opened their new headquarters at Everards Meadows, a 70 acre site just outside of the city which is home to the company’s new state-of-the-art brewery. https://www.everardsmeadows.co.uk/explore/everards-brewery/.

My colleague, James Harmer, the account manager for Everards, worked with the business to plan the gas detection system during the pre-construction phase of the new site. The new system uses smart technology and 15 explosion-proof infrared gas detectors to create a protective ‘wall’ which provides continuous monitoring to safeguard against possible gas leaks.

Jon Elks, head brewer, is responsible for safety at the new site. From Jon’s perspective, carbon dioxide poses the greatest gas risk. It’s produced in the fermentation process of beer making and is used to carbonate bottled and kegged beer. While the carbon dioxide created during the fermentation process is diverted to the exterior of the building, there is still the possibility for the gas to escape inside the building in either situation. A leak of this nature could result in a carbon dioxide rich atmosphere which is highly dangerous.

In addition to the fixed gas detection system, the brewery also has a number of portable devices to give an extra layer of personal protection in areas of high risk and to provide peace of mind.

Jon comments, “As a company, we take safety very seriously so staff who need to come into the brewery are all trained in the use of carbon dioxide monitors. Safety has to be our number one priority as an organisation and gas detection is at the heart of this.”