THE LADDER Association reports that the newly opened Test & Research Centre in Soham has been instrumental in helping Suffolk Trading Standards Imports Team prevent 266 dangerous ladders from entering the UK. 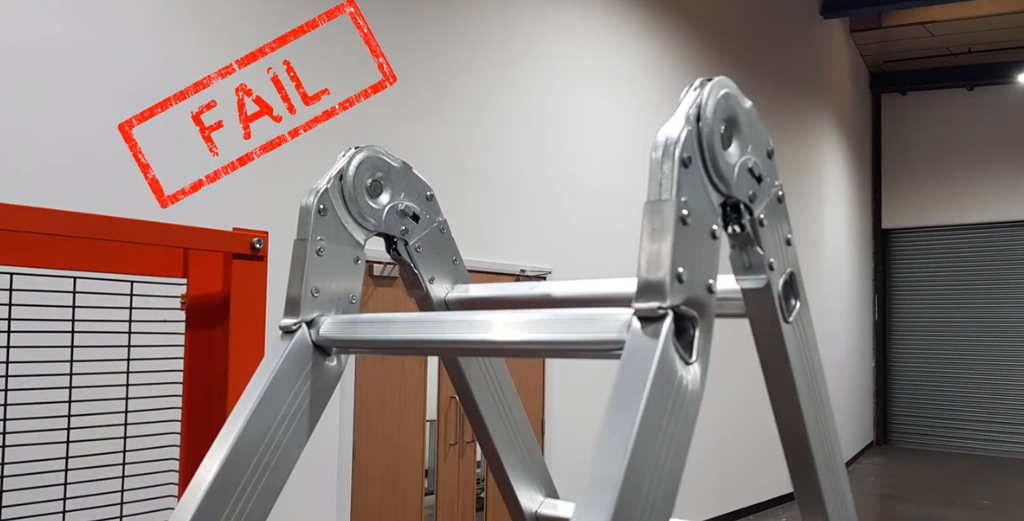 Last month, Trading Standards intercepted a suspicious shipment of ladders at Felixstowe and turned to the Test & Research Centre for assistance.

The suspect shipment contained two ladder products which claimed to be compliant to EN 131 ladder standard. Initially the ladders were held at the port due to missing the name and address of the producer and batch identification - both offences under Regulation 7 of the General Product Safety Regulations1.

However, on further examination, the Trading Standards Officers had other concerns about these ladders. They questioned the multi hinge-joint ladders conformity with EN 131-4, so they contacted the Test & Research Centre for advice. After initial discussions, the ladders were put through “Critical Safety Fault Testing”, where the ladders subsequently failed vertical load, strength and opening restraint tests. This testing has helped Suffolk Trading Standards Imports Team prevent 266 dangerous ladders entering the UK market all likely destined for online sale to unsuspecting businesses and homeowners. Trading Standards have not had a viable solution for an independent laboratory to test ladders – but they do now.

John Darby, Test & Research Centre general manager commented, "It has been several years hard work to get the Test & Research Centre to where it is now. The industry felt that there was a problem with imported ladders not meeting the standards. Above all, they felt strongly enough about it to support the start-up of the Test and Research Centre. It appears from this work that their concerns were correct.

"Ladders fall under the General Product Safety Regulations in the UK. Product producers and suppliers must ensure that products placed on the market are safe. If you are buying and importing ladders into the UK, it is good practice to verify what the Manufacturer has told you. Independent certification, together with batch testing, give suppliers confidence in the supply chain, and would have prevented these dangerous products attempting to enter the UK.

To be able to help Trading Standards as one of our first clients has made the hard work worthwhile and we look forward to helping them in whatever way we can in the future."