A CONSTRUCTION company has been fined more than £800,000 after a worker suffered three fractured vertebrae when he was hit on the head by a large expanded polystyrene block when it slipped from an excavator bucket. 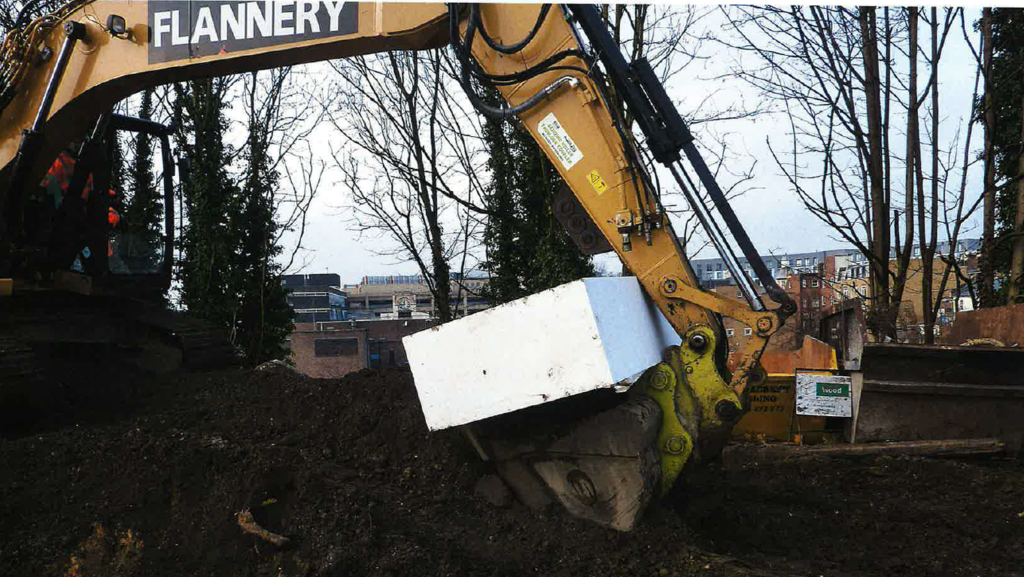 Brighton Magistrates Court heard how on the 20 January 2017 workers were constructing a piling platform at Redhill Station in Surrey from expanded polystyrene blocks when one of the blocks slipped from an excavator bucket whilst being lowered into place, hitting the worker Andrew Stewart.  Mr Stewart is still suffering the effects of the injury and is likely to be on pain medication for the foreseeable future.

An investigation by the Health and Safety Executive (HSE) found that the lifting operation had not used appropriate lifting accessories to transport the load and had simply trapped the load with the bucket against the dipping arm of the excavator.

After the hearing, HSE inspector Andrew Cousins commented, “This incident could so easily have been avoided by simply using appropriate lifting accessories such as chains and strops to carry out the lifting operation. Failure to do so has resulted in the serious injury of Andrew Stewart.”

“Companies should be aware that HSE will not hesitate to take appropriate action against those that fall below required standards.”