A CONSTRUCTION company was fined half a million pounds after a father-of-two was killed when a re-enforced concrete slab collapsed underneath him during a demolition project. 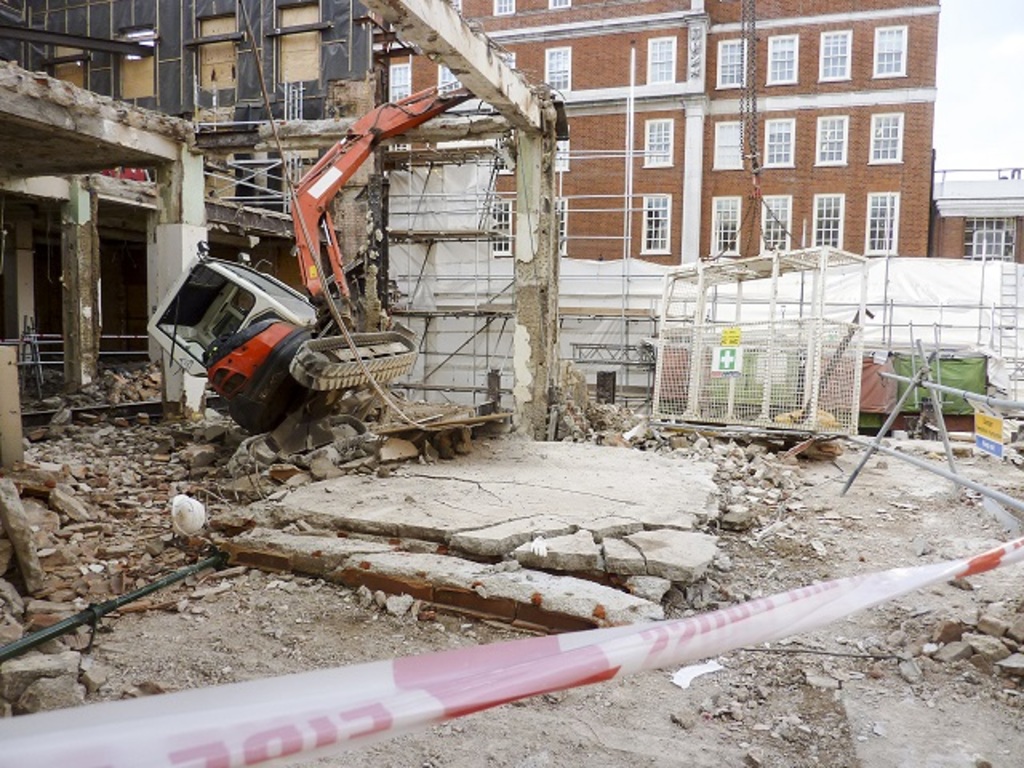 Southwark Crown Court heard that on 14 April 2014, 33-year-old labourer Dainius Rupsys from Lithuania was working with an excavator operator at the site on Grosvenor Square in London, as part of the operation to demolish the existing multi-storey building before 31 residential flats could be built.

Mr Rupsys had been burning through reinforcing steel bars with an oxy-propane lance to assist the excavator operator’s efforts to remove part of the re-enforced concrete slab. Another worker had alerted the supervisor that their work had made the structure unsafe and the demolition was halted. However, the supervisor then ordered the removal of props supporting the remaining slab and less than ten minutes later it collapsed. The Court heard that the 360 excavator may have moved back onto the slab after the props were removed.

Mr Rupsys, the 360 excavator and its operator in the cab all fell with the slab. Mr Rupsys suffered severe head injuries and died at the scene, while the excavator operator injured his back.

An investigation by the Health and Safety Executive (HSE) found that in the weeks before the incident CCTV from overhead cameras showed demolition work had been carried out unsafely, that Mr Rupsys was not adequately trained to use the oxy-propane lance and that he had no training on using the safety harness, which was not attached when the incident occurred.

McGee Group Limited (McGee) of Athlon Road, Wembley, Middlesex, who was the principal contractor for the project, pleaded guilty to a breach of Regulation 22(1)(a) of the Construction (Design and Management) Regulations 2007. The company was fined £500,000 with £66,236.22 in costs.

HSE inspector Andrew Verrall-Withers commented after the hearing, “In the weeks prior to this tragic incident workers were regularly put at an acute risk of falling. This is a case of a company wanting to have good systems to protect the workers, but not paying enough attention to what was actually happening at the site.

“This young man’s death could have been prevented. Mr Rupsys should not have been allowed to operate an oxy propane lance. Employers have a duty to check workers have sufficient skills, knowledge, experience and training before they allow them to use equipment.”