A saw mill in Kettering has been fined after an employee suffered a serious injury to his left hand. 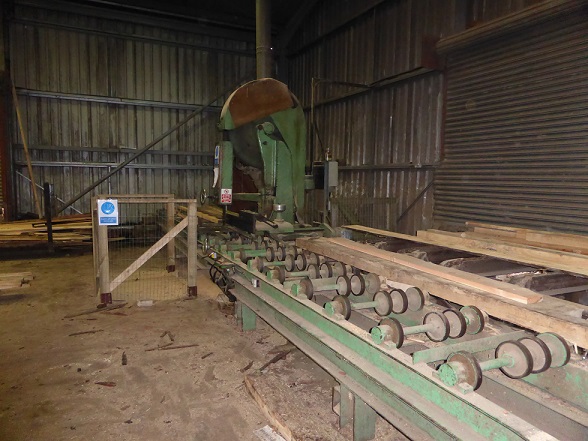 The agency worker, was working at Brigstock saw mill on 14 August 2014 when his hand was drawn into the rotating blade of an inadequately guarded large band saw.

Northampton Magistrates’ Court heard on Tuesday 6 October 2015, that the agency worker had been working on the saw with another employee and he had been levering the material being fed to the saw using a crow bar when he slipped and his left hand was drawn into the blade. His ring finger was badly damaged and later required plastic surgery.

An investigation by the HSE found the company had failed to ensure that effective measures were taken to prevent access to the dangerous parts of the saw.

Following the accident, Brigstock Saw Mill has installed a protective wooden box to ensure that operators are not able to stand within close distance to the blade of the saw.

Midlands Renewable Fuels (Brigstock saw mill), was fined £5000 with costs of £876.50 and a £175 victim surcharge, after pleading guilty to breaching Regulation 11 of the Provision and Use of Work Equipment Regulations 1999.

After the hearing, HSE inspector Jenna McDade, said: "Had the company taken suitable measures to ensure workers did not come into contact with the rotating blade, this incident would have been easily prevented.  Had the saw been properly guarded, the agency worker would not have been injured.”