Business partners fined after worker is blinded in explosion

Northallerton Magistrates heard on 4 August how the explosion at Mason Engineering on 18 November 2013 happened as they were transferring oxygen between pressurised cylinders. 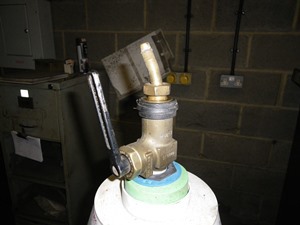 The partners had rigged up a make-shift hose fitting that was not designed for the high risk procedure.  Debris built up in the end of the hose, causing it to overheat and ignite in the oxygen.

One of their workers, aged 48 at time of incident, was caught in the blast and suffered life changing injuries when he was blinded in his left eye and lost his left thumb and forefinger.

Samuel Trevor Mason and Shaun Christopher Mason, both of Blackhorse Lane Swainby, Northallerton, pleaded guilty to breaching Section 2 of the Health and Safety at Work etc Act 1974 and were fined £4000 each and ordered to pay costs of £1171/15 each.

HSE inspector, Geoff Fletcher, said: "This was an accident that should never have happened. Trevor and Shaun Mason admitted to developing their own practice rather than following the manufacturer’s guidelines. Unfortunately their employee has to live with the permanent consequences of their failure to consider the risks of transferring oxygen with in house manufactured components.”