Call for proportionate risk management of heat stress in the workplace

BOHS, The Chartered Society for Worker Health Protection, has called for a proportionate approach to the risk management of heat stress in the workplace following the recent conclusion of an inquest into the tragic deaths of three reservists on an SAS selection march in July 2013. 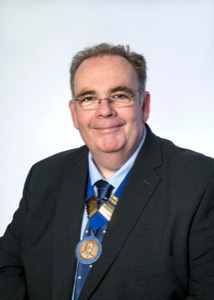 The Senior Coroner for Birmingham and Solihull, Louise Hunt, ruled that Lance Corporal Craig Roberts, Lance Corporal Edward Maher and Corporal James Dunsby died as a result of neglect on the 16-mile march on one of the hottest days in 2013 in the Brecon Beacons in Wales.

The inquest heard all three men would have survived if organisers had followed the Ministry of Defence's own code of practice and called off the exercise when two other men – not among those who died – were withdrawn due to heat sickness shortly after midday.

Commenting on the case, Adrian Hirst, a chartered occupational hygienist and the President of BOHS, said: "This tragic case emphasises just how dangerous heat stress can be in the most extreme circumstances and how important a proportionate response is."

BOHS, The Chartered Society for Worker Health Protection, has warned that a range of workers can be at risk of the effects of excessive heat in the workplace, from outdoor employees such as construction workers and sporting or leisure industry staff, to those in hot enclosed environments such as bakery workers, miners, boiler room workers and factory workers.

The Society says employers may find it useful to distinguish between "thermal comfort' and "heat stress'. ‘Thermal comfort’ describes a person’s state of mind in terms of whether they feel too hot or too cold. This can vary considerably from person to person, with factors such as age, gender, fitness level, size, and weight all potentially having an impact on an individual’s thermal comfort.

Adrian Hirst says: "In most cases, slight thermal discomfort in the workplace is not a serious problem and can be resolved by consensus amongst staff and employers, such as agreement to turn up the air conditioning or putting on an extra jersey."

Adrian Hirst added: "Heat stress is a complex physiological process, which can be affected by many things. Air temperature is a key factor but should not be viewed as the only important aspect. Factors such as work rate, humidity and clothing worn, including personal protective equipment, are also important and can have dramatic impacts."

He concluded: "Some workers may be more susceptible than others to heat stress, because of an illness or condition such as a heart complaint or pregnancy. Equally, certain medications, such as antihistamines, antidepressants and analgesics, can also have effects on thermoregulation and heat tolerance. Psychological factors, such as the ‘individual’s will to succeed’ in a given task, as highlighted by the Coroner in the Brecon Beacons case, should also be considered.

"Employers whose workers are potentially affected by heat stress need to be aware of the relevant symptoms of the condition and have a policy in place to manage the issue. Most crucially, the organisation’s policy on heat stress must be adhered to."