Arc flash accidents are not as rare as is often imagined and the hazards they create are severe. In wind turbines, these hazards are further magnified. Stuart Greenwood looks at how they can be minimised 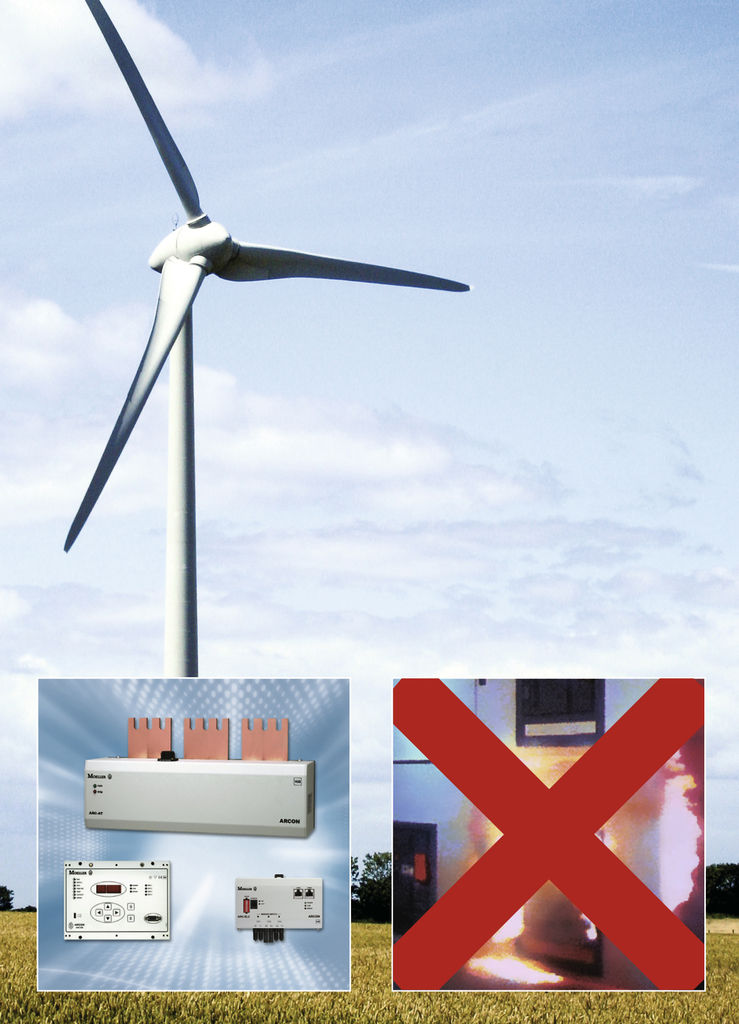 Arc flash accidents are not as rare as is often imagined and the hazards they create are severe. In wind turbines, these hazards are further magnified. Stuart Greenwood looks at how they can be minimised

EU statistics show that between eight and ten arc flash accidents occur in the UK every week.

Almost everyone who works with electricity has heard of arc flash accidents and many know they can be extremely dangerous. But what exactly is an arc flash accident and how does it occur? An arc flash accident happens when a large electrical current passes through ionised air and gasses, for example when a circuit breaker fails during a switching operation. The temperature near the arc increases by around 20,000ÂºC which vapourises copper conductors and, since the volume of the vapour produced is around 67,000 times that of the metal, a dramatic and violent explosion results.

When such an accident occurs, there is a high risk that anyone in the vicinity will be severely injured or even killed.

The equipment involved is also usually damaged beyond repair. In a wind turbine the immediate effects of the arc flash accident are unchanged but dealing with the consequences is much more difficult. For example, getting medical treatment to an injured person in a nacelle many metres above ground is not easy, while replacing damaged switchgear is difficult and costly.

Reducing the risk To minimise these events, the first step is to try eliminating the conditions under which arc flash accidents occur.

Regulation 14 of the Electricity at Work Regulations makes it clear that live working should not be the norm and must only be sanctioned under specific conditions. However it's worth bearing in mind that arc flash accidents are not limited to situations where live working is being carried out intentionally. A greater risk is found in situations where an 'isolated' system is accidentally made live while it is being worked on.

Whilst there is no certain way of eliminating arc flash accidents, the risk can be reduced by specifying switchgear that features insulated arc-free busbar assemblies. Unfortunately, such switchgear is larger than conventional equipment and is unlikely to find favour in wind turbine applications. Risks can be minimised by providing those working on electrical equipment with suitable Personal Protective Equipment (PPE). The Protective Equipment at Work Regulations 1992 make it mandatory for employers to provide PPE if a risk assessment indicates a need. The same regulations make it clear that the use of PPE is a last resort because it does not control the problem at source and protects only the wearer.

So what else can be done? A popular option is the use of electrical/electronic systems that quench the arc produced in an arc flash accident so that there is no time for it to cause damage. The time scales involved are very short: to be effective, quenching must take place in 5mS or less. No circuit breaker can clear a fault that fast, so a different approach is used: a bolted short-circuit is placed across the supply within milliseconds of the arc being initiated. This effectively 'robs' the arc of the energy it needs to develop and become dangerous. The upstream circuit breaker will subsequently trip and clear the fault within about 50mS.

Devices that can place what is, in effect, a bolted fault across the supply within as little as 2mS of being triggered are now available. They are used in conjunction with a high-speed detector that reacts to the arc in its very earliest stages. In the Eaton Arcon system, for example, which is confirmed by the IPH testing institute in Berlin as an effective choice for use in wind turbine applications, the detector comprises a photoelectric system with a flexible fibre-optic cable that can be routed through all the areas of the switchgear where an arc fault could develop. This cable detects light over its entire length and responds to the characteristic light of an arc by sending a signal to a logic module that also monitors current. Only if the photodetector signal is accompanied by a rapid increase in current is the short-circuiting device triggered - an arrangement that ensures reliable response to real faults with freedom from false operation.

No method of preventing arc flash accidents can ever be described as totally effective, but suppression systems of the type described come much closer than any alternatives with the benefit of protecting everyone in the vicinity and virtually eliminating equipment damage.

These benefits are important in every application and in wind turbine applications might well be considered indispensable. Arc fault suppression is, an important tool for enhancing wind turbine reliability and protecting the safety of those who work on them.