Practical application and background theory are both important when it comes to health and safety training, explains Jim Phelpstead. 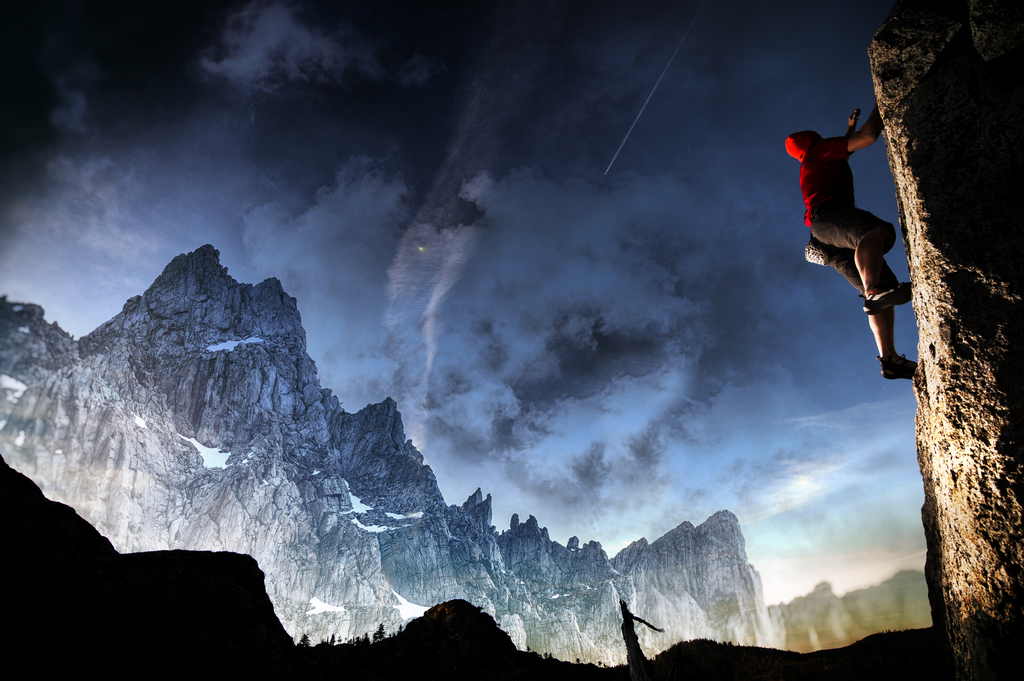 IN MY early twenties I went on a week-long winter mountaineering course at the Scottish National Outdoor Training Centre in the Cairngorms. On the first day of the course we spent a lot of time practicing ice axe arrests. This involved flinging ourselves down a steep icy slope at the head of a valley and then manoeuvring whilst sliding down the ice so as to embed the pick of the axe in the ice to slow and stop the slide. This practice was exhausting, bruising, but great fun to do.

On the final day, on the final decent of a steep snowy slope I slipped and fell. Without any conscious thought I twisted as I fell and plunged my ice-axe pick into the snow. A perfect ice-axe arrest.

This is an example of a learned behaviour that has been practiced to the extent that it becomes automatic. It was not a reflex action because true reflex actions are innate and do not have to be learned. Salivating when you put food in your mouth is a reflex action.

To use the label of the influential human-factors professor Jens Rasmussen I had just demonstrated a skill-based behaviour; i.e. a behaviour that required little conscious thought on my part. These types of behaviour usually occur in response to simple triggers. In my example, slipping and falling down the slope.

Skill-based behaviours are rife in our world. When you drive a car you are demonstrating a myriad skill-based behaviours almost continually. Such as changing gear. When first encountered changing gear can be tricky. But after a while no conscious effort is required other than the trigger decision to change up from 2ndto 3rd, 3rdto 4th, etc. The complex coordination of clutch and gear lever all happen automatically. Auto-pilot mode.

As my ice axe arrest example shows skill-based behaviours can be taught. Or, perhaps I should more correctly say, they can be learned. This normally involves training in a safe environment through the process of repetition. “Practice makes perfect” as they say. Though in reality a more accurate phrase would be “practice makes permanent”. To achieve perfection requires practice, criticism and feedback, followed by modification of behaviour and more practice. Perfection evolves through modification of practice.

In the world of work there are countless skill-based behaviours that can be acquired through training and instruction in safe environments. This is one part of the work of a wide range of vocational trainers, teachers and instructors, such as forklift truck, fire-fighter and military flying instructors.

We practice rule-based behaviours all of the time. Some of the rules that we have acquired have been learned through experience. For example, <IF> red light on ceramic cooker hob is on <THEN> do not put hand on apparentlyinactive hob. Others we have been taught. For example, when driving a car, <IF> need to change lane <THEN> mirror, signal, manoeuvre. Some of the rule-based behaviours that we have acquired over our lifetimes have been practised so much that they become skill-based, i.e. almost unconscious and automatic.

However skill and rule based behaviour will only get you so far. As soon as you encounter a complex situation, or a problem where something has gone wrong, skill- and rule-based behaviours can let you down. If a conscious decision needs to be made – that’s not what skill-based behaviours address. If there is no rule for the set of circumstances in front of you… Or there are multiple rules that might apply… Or the rule only applies some of the time… then rule–based behaviour might not help you.

For example, the spelling rule “i before e except after c” does not work if the word you are trying to spell correctly is “veil”. In fact there are many English words that do not obey this particular spelling rule (e.g. neither weird nor caffeine). The rule only applies some of the time.

Then you have to turn to what Rasmussen labelled knowledge-based behaviour. This requires a more reflective approach where careful thought and analysis is required to decide on the correct course of action. This is where problem solving comes to the fore. And for this kind of decision making to work you need underpinning knowledge. You need to know how things work. You need to know why things are the way they are.

You can train a rat to press a lever in a Skinner box, but you can’t teach it how the lever works. It will no more understand the how or the why “…than a tea-leaf knows the history of the East India Company” (to misquote Dougal Adams).

I am a lead tutor for RRC International. We call ourselves a health and safety training company. Though in reality a more accurate title might be education company. I teach level 3 Certificate and level 6 Diploma courses. These course are largely about the how and the why. They are very much concerned with underpinning knowledge.

Because the reality of many people’s jobs is that they do have to exercise some personal judgment in the application of rules. And they will encounter situations that aren’t in the text-book.

To give a simple example. You can instruct a vehicle breakdown recovery mechanic that every time they step from their vehicle they must be wearing their high-viz. And you can enforce that rule without exception. But you have to let them exercise some judgement about whether it is safe to take a spare wheel out a customer’s boot. There might be hazardous materials in the boot such as hypodermic needles. Or there might be animals present, such as an unrestrained dog. Do you want them to open the boot and let the dog run across a live carriageway? Guidelines can be issued but some personal judgment will have to be exercised by the individual.

Skill- and rule-based behaviours are essential but they will only get you so far. There are often too many variables in complex situations for simple rule-taking behaviour to work effectively. Guidelines can be developed to deal with typical situations. But an element of personal autonomy has to be maintained to deal with situations that those guidelines do not deal with.

This is very much the case for decision makers and those in charge in fast-moving dynamic situations, such as when dealing with emergencies, breakdowns or circumstances that are outside the norm. Flexibility and operational discretion are necessary. This leads to formal dynamic risk assessment where the rules and the guidelines are being applied on a continual ongoing basis as events unfold and information comes to light. Emergency responders are often very good at this.