EVERY NEW All Lane Running (ALR) motorway will open with radar technology in place to spot stopped or broken-down vehicles quickly. 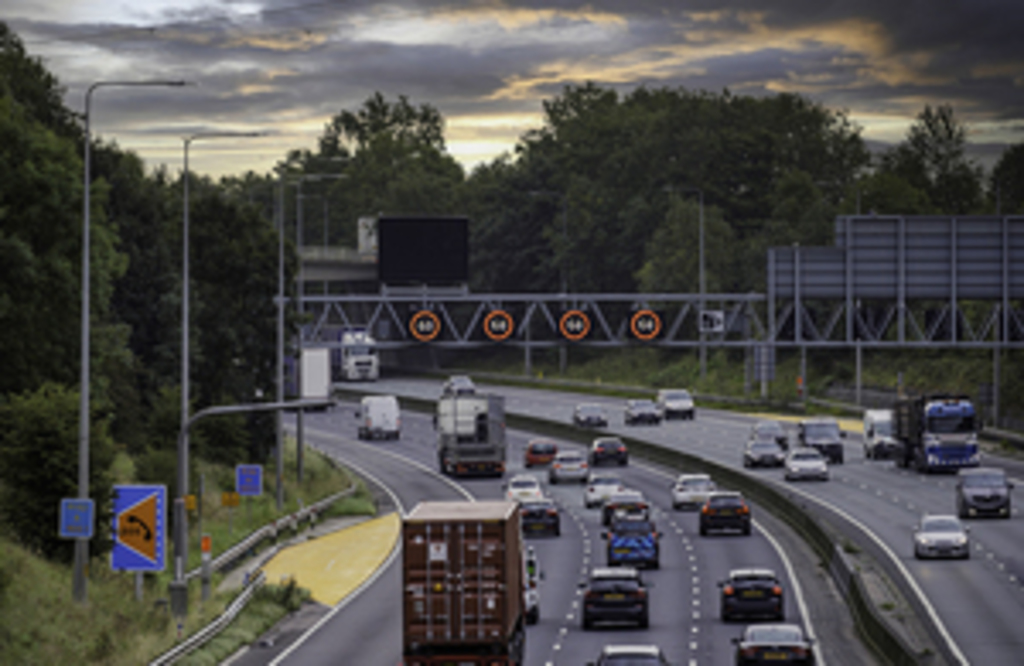 Every new ‘All Lane Running’ (ALR) motorway will open with technology in place to spot stopped or broken-down vehicles quickly, while all existing ALRmotorways will have the technology fitted six months earlier than originally planned.

The pledge comes as Highways England publishes the Smart motorways stocktake first year progress report 2021 setting out the progress it has made against an action plan published last year to boost safety and backed by a £500 million investment. The first-year progress report includes commitments to speed up the completion of safety measures, as well as the latest safety data.

ALR motorways – which don’t have hard shoulders – are fitted with technology and features not seen on conventional motorways, such as set-back emergency areas, and red X signs on gantries to close live lanes. Radar detection to spot stopped vehicles is also being rolled out.

To accelerate improvements, by the end of September 2022, Highways England will:

Work to update the Highway Code to provide more guidance about driving on ALR motorways will also be bought forward and is due to be published this year, ahead of schedule.

Data from the progress report, covering the 5 years from 2015 to 2019 inclusive, shows that ALR motorways are one of the safest types of road in the country. Drivers on a conventional motorway are 33% more likely to be involved in a fatal accident than drivers on an ALR motorway.

The data also demonstrates that the fatality rate on strategic road network A roads is three and a half times that on ALR motorways.

The figures have been compiled on a 5-year basis because single-year figures are too low, and fluctuate too much to draw conclusions from. For the year 2019, there were 9 fatalities on ALR motorways, one less than in 2018, and a total of 15 fatalities on motorways without a permanent hard shoulder, 4 more than in 2018.

The increase in fatalities in 2019 was accounted for by so-called ‘Dynamic Hard Shoulder’ motorways, where the hard shoulder operates only part-time. All these motorways are being withdrawn and replaced with ALR motorways.

Despite the data, we know drivers can feel less safe driving along motorways without a hard shoulder, which is why Highways England is pressing ahead to provide reassurance and boost safety measures.

Transport secretary Grant Shapps said, "Despite the data showing that fatalities are less likely on All Lane Running motorways than on conventional ones, this doesn’t mean all drivers necessarily feel safe on them.

"That is why I tasked Highways England last year with delivering an action plan to raise the bar on safety measures even higher. This progress report shows the extensive work already carried out, but we want to do more.

"Alongside the raft of measures already undertaken, today I am announcing that all new All Lane Running motorways will open with stopped vehicle detection technology in place, as well as a programme to speed up the roll-out of the technology on previously built stretches of All Lane Running motorways to next year. This will help us further reduce the risk of accidents on the country’s roads.

"So-called smart motorways started to be built in 2001 and I am determined to ensure that technology and exacting standards are in place."

Highways England’s Acting Chief Executive Nick Harris said, "I want Highways England to continue to be an organisation that listens and puts the safety of road users first.

"We’ve made good progress delivering the improvements set out in the 2020 stocktake, but we are not complacent and are examining ways to improve safety further.

"We will continue implementing the findings, and will work with drivers to make increasingly busy motorways safer for everyone who uses them."

The announcement builds on the progress made by Highways England on the Smart motorway safety evidence stocktake and action plan published by the Transport Secretary in March 2020. This committed to more measures to help drivers and their passengers feel safer and be safer, backed by a £500 million investment.