UKMHA unveils entertainment for the Archies 2022

ARRIVING WITH a new name and at a different time of year, the Archies looks set to be the best Awards for Excellence yet. 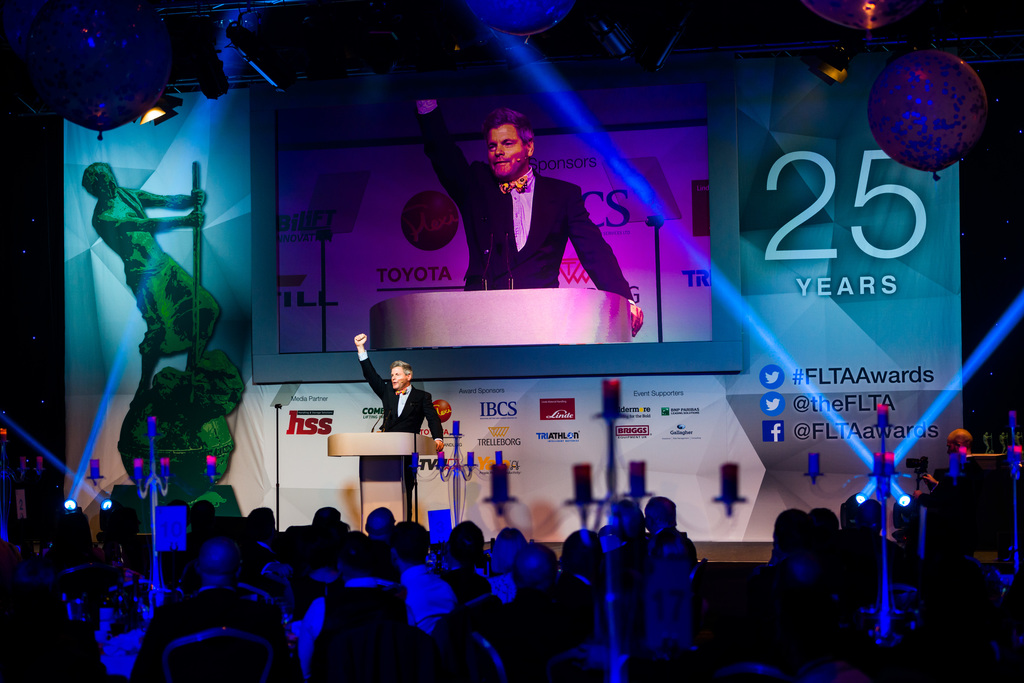 Celebrating its 27th awards, the event will return to its spiritual home – a rejuvenated Hilton Birmingham Metropole on Saturday 15th October.

Handling & Storage solutions magazine is proud to be media partner for the event.

“Having been forced to cancel twice I think everyone is really looking forward to celebrating all that’s best about the materials handling industry in a face-to-face setting once again,” says Tim Waples, chief executive of organisers UKMHA. “And we’re anticipating a full-capacity audience to enjoy the brilliant line-up that’s on offer. Tickets are now on sale and my advice is to book early to avoid disappointment.”

All the glamour of the Oscars

“The standard of entries is exceptionally high,” reveals Tim. “That’s the result of a slightly extended window for nominations but also the fact that we have introduced a series of new categories designed to make the Archies even more inclusive and representative of the entire industry.”

The winners will be revealed in an Oscars-style ceremony. Mark Durden-Smith will be returning as host for the evening, having entertained audiences at the 2019 awards. As Tim notes: “With Mark hosting we’re in for a wild and hilarious ride.”

Mark’s credits include I’m a Celebrity… Get me out of here, Hell’s Kitchen, Soapstar Superstar, as well as the Aviva Premiership Rugby highlights on ITV.

“Mark is in his element with a live audience, as anyone who saw him at our awards in 2019 will testify,” says Tim. “Such was the reception he got last time that we didn’t hesitate to bring him back by popular demand for what is in some ways a reunion event after a two-year hiatus.”

Performing every show as if it’s their last…

What sets the Archies apart from other awards ceremonies though, and what helped it win a national accolade as Event of the Year, is the amazing after-show party.

The music will be provided by what is widely regarded as the UK’s number one event band: the Rick Parfitt Jnr Band. Described as “performing every show as if it’s their last” their sole aim is to leave the audience breathless, exhilarated and crying out for more.

“But if dancing isn’t your style, there will plenty of opportunity to network, meet old friends and make new ones,” adds Tim. “It’s for good reason that it is described as the most important and enjoyable event in the materials handling calendar.”

Tickets for the Archies 2022 are available from the UKMHA website at www.bit.ly/archies_2022_tickets

(UKMHA members must log in to the Members’ Area on the UKMHA website to claim their discount).

For more information about the Archies 2022 visit www.ukmha.org.uk/ukmha-awards-2022-the-archies