There are new strategies for the confined space threat. Jacob Spector says you need think beyond a traditional approach by employing ‘Connected’ devices to enhance safety. 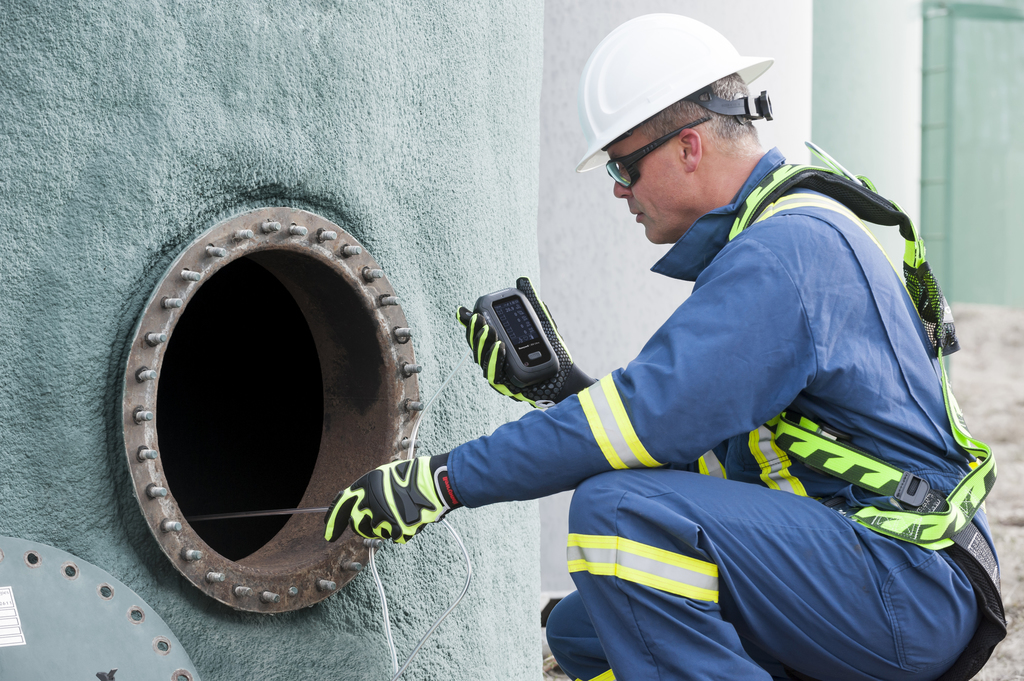 FROM MANHOLE utility chambers to storage containers, oil tanks to elevator shafts, confined spaces come in countless varieties and can be found across many industries. One thing they all have in common: they can be a life-threatening danger to workers who must spend time in them.

The facts bear it out. Over a million workers enter confined spaces each year, with approximately 95 deaths annually being attributed to working in these environments1. In the UK alone, there are approximately 15 confined space fatalities every year2.

Clearly, confined spaces are a global workplace threat that requires vigilant monitoring of atmospheric and physical hazards. Fortunately, a new generation of safety products and software solutions can help minimise the threat.

While many gas detectors monitor for the same risks, how those detectors communicate and who they communicate with can be a considerable advantage in keeping workers safe. “Connectivity” is one of the biggest current trends in industrial safety, and there are several real benefits worth considering for confined spaces.

This powerful new monitoring resource coincides with the development of low-power, miniature sensors and smart electronics in a smaller footprint, combined with longer-performing batteries, which has made it possible to create portable gas detectors that can run for a full two years consecutively.

The new connected gas detectors are smarter and simpler to operate than ever, offering new opportunities for safety manager to enhance the safety of the crew, and these detectors are available in a range of single-gas, traditional four-gas, and five-gas monitoring formats.

Confined space workers typically operate out of sight of the safety manager, who until recently had no way to closely monitor the rapidly changing atmospheric conditions that characterise confined space hazards. Oxygen displacement, along with a mix of flammable and toxic gases, can build up very quickly in confined spaces, posing a potentially fatal threat. Confined space workers need to be monitored constantly, a fact recognised by OSHA when creating standards that mandate the safe arrangement of confined space work by employing at least two people onsite: an entrant and an attendant3, or “hole watch”.

Today, however, connected gas monitors increase visibility by functioning as a digital “hole-watcher” in effect, by providing real-time, up to the second information on worker safety status and atmospheric conditions. With wireless protocol capability, the confined space worker can connect their portable gas detector to their smartphone. With wireless, cloud-based connectivity, the safety manager can monitor the worker’s safety more closely on their laptop or smartphone, pinpointing the worker’s location and collecting valuable data about gas concentration levels, sensor functionality, worker training credentials and man down alerts, all of which are automatically transmitted wirelessly in real time. Many portable gas detectors also support various wireless communication protocols (such as Wi-Fi, Mesh, and GPS) to ensure that confined space, remote and lone workers stay connected even when operating in areas with no network coverage.

The safety manager and confined space worker are beneficiaries of a new wealth of data, which can be used to take pre-emptive action or potentially avert a catastrophe. The safety manager can quickly alert a worker operating in a confined space to step out of a dangerous situation or call for immediate rescue if a “man down” alert is received, and access to more accurate information can likewise limit false alarms, thus potentially also preventing unnecessary spend on unneeded rescue. In short, safety managers can make better, more informed decisions that have a critical effect on worker health and safety.

The benefits of connectivity also can be extended to some older, serviceable gas detectors still in the field, with retrofitting options. For example, a device can connect to the charging port of an older detector, enabling it to be paired with a smartphone via a wireless connection protocol. Beyond the benefits of equipping the safety manager to respond to emergencies that may arise, data culled from the new connected devices can also help safety manager take a more proactive approach to identify long-term trends. Safety managers can run reports on hundreds of workers on a jobsite and monitor their exposure to hazardous substances over time. For example, information can be used to inform decisions about working patterns to help reduce worker exposure levels over a particular shift. This monitoring pattern may even reveal trace gas leaks in certain areas.

The interactivity and ease of use that comes with connected devices can facilitate the rapid pace of adoption among workers. Millennial workers can employ the same smartphone technology and skills they have acquired outside of work, which eases the burden of having to train new workers on new devices. Users can soon expect to see even more advanced adoptions of millennial-friendly safety technologies, such as augmented reality (AR), allowing for the ability to “float” task-specific information or checklists right in front of workers on their helmet in real-world environments, adding a dimension beyond VR safety training. Apps and touchscreens should proliferate, making safety measures easier to access and execute for all workers. These technologies will connect to more and more implementations of smart PPE and connected safety software.

For example, wireless near field communication (NFC) capabilities — which allow a card or smartphone to establish ID when waved within 4 cm of a terminal 4— could be added to eyewear, fall protection gear, hardhats, and other PPE. This technology has the potential to assist users in numerous functions, including accessing equipment’s maintenance/replacement dates, or where it can/should be worn in the plant. Another advancement in the offering: wearable micro-sensors that could help managers continually monitor every worker’s health and safety variables, such as noise levels, radiation exposures, and perhaps even posture or acceleration impacts.

The future of connectivity

The number of connected devices on the internet is expected to exceed 50 billion by next year and by 2022, 1 trillion networked sensors will be embedded in the world around us, with up to 45 trillion in 20 years5. One advantage of the connected safety approach is its scalability, which means that other PPE, from helmets to safety harnesses, may be used to gather information helping create a holistic view of the worker’s health and safety.

Inevitably, the growth of connected safety devices will move in lockstep with the tremendous growth of the larger digital-hardware macrotrend. Advances in cloud technology and software engineering will further automate and speed up the uptake of information, aggregation of information, and incident response.

The development of the smartphone infrastructure, combined with the growing power and accessibility of wireless connectivity, will increase the presence felt in the confined space challenge and help simplify and streamline the safety compliance process.

Over the coming years, connectivity can further improve the health and safety prospects of confined space workers by delivering even greater visibility over confined space environment. The cardinal rule, as always, is to help return the worker safely to home and family, each and every day.