Harnesses play a vital role in safely arresting a worker's fall, so it is essential that the equipment undergoes regular inspections and tests. Here, Daniel Harrison gives an insight. 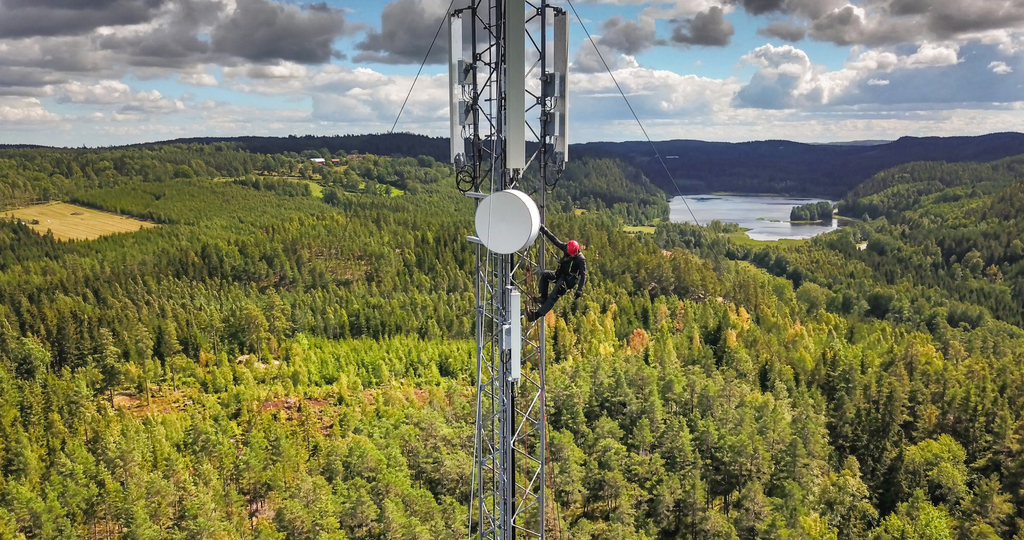 A HARNESS is the means by which the user is safely connected to the rest of a system when working at height where the potential for a fall exists. These systems can be thought of as a chain, with the anchor point at one end, a number of links in between, and the harness at the other end.

There are many different kinds of safety measure which may be in place to keep workers at height safe, and any system requiring PPE will require a harness to be worn by the worker.

If a fall occurs, the harness plays a vital role in safely arresting the fall and preventing the user from hitting the ground, and it is the harness to which all other elements of the system such as lanyards and shock absorbers must be attached.

There are a number of different types of harness available for multiple purposes, each with varying attachment point locations. At its most basic a harness will have at least one attachment point, for connection to a system and will fit securely to the user. Harnesses can be “full-body”, with straps in the shoulder and thigh areas, and sometimes a waist belt; or they may cover only the lower half of the body (not to be used for fall arrest), consisting of a waist belt and thigh straps only.

For workers operating in confined areas, such as down manholes, or for marine applications where movement on and off vessels may be facilitated by means of overhead winches, an additional “rescue” attachment point may be provided. This usually consist of attachments on each shoulder of the harness, that are connected together over the wearer’s head to the winch or rescue mechanism.

Harnesses may be provided with a sit attachment – a connection point at the front of the waist belt that when fixed to a suitable lanyard, allows the user to lean back into a comfortable sitting position while working at height.

All harnesses must keep a user safe, either in the event of a fall or keep them in the correct position to prevent a fall, and so the choice of harness and attachment point must be considered for each application.

There are a number of standards that specify the testing and performance requirements for harnesses:

The tests described in this standard must be carried out on each fall arrest attachment point on the harness, to ensure that each is fit for purpose in the event of a fall

In addition to a design assessment, harnesses are subject to a dynamic drop test designed to simulate a worst-case fall scenario.

The harness is fitted to a torso dummy weighing 100kg, and connected to a suitable anchor via a 2-metre reference lanyard. The dummy is then subjected to two 4 metre free fall drops: first in a legs-first orientation, followed by a head-first orientation. The harness must arrest the dummy’s fall and must maintain the user in an upright position after the drop – within 50° of vertical.

Each attachment point must also pass two static tests, where loads of 15kN and 10kN are applied in an upwards (towards the neck) and downwards (towards the floor) direction respectively. The harness must withstand these two tests for three minutes without releasing the torso dummy.

In addition, any metallic elements of the harness must be tested for their resistance to corrosion, which is done by subjecting them to 24 hours in a salt corrosion machine in accordance with ISO 9227: 2017.

For the static testing, the harness is fitted to a metal cylinder, rather than the waist area of the dummy, and a static force of 15kN applied between the cylinder and the attachment point. Static loads are applied for three minutes.

Metallic elements are also subjected to the same corrosion test as in EN 361: 2002 but for 48 hours.

This standard is used to test the sit attachment point of a full body harness or the attachment of a lower body harness. Two ergonomic subjects are suspended in turn from the sit attachment point, and their opinion on the comfort of the harness is sought by means of a questionnaire. Testing the attachment point on the front of the waist belt, the harness is then required to withstand a 2-metre dynamic drop test on a 1 metre reference lanyard. Although the standard 100kg torso dummy is normally used, if the manufacturer claims a maximum user weight greater than 100kg, then this mass should be used for the dynamic drops. A static test of at least 15kN (or ten times the maximum user weight) is also required, with the torso dummy anchored to the floor and the force applied upwards from the sit attachment point. Metallic elements are also subjected to the same corrosion test as in EN 361: 2002 but for 48 hours.

This standard is used to test the rescue attachment points of a full body harness. Two ergonomic subjects are suspended in turn from the overhead rescue attachment point(s), and their opinion on the comfort of the harness is sought by means of a questionnaire. Dynamically, the harness is expected to withstand two 1 metre drops on a 2-metre reference lanyard, one after the other. As with EN 813, these tests are to be carried out on a dummy with mass equal to that of the maximum user weight. Afterwards a static test of at least 15kN, or ten times the maximum user weight is to be carried out. Metallic elements are also subjected to the same corrosion test as in EN 361: 2002 but for 48 hours.

Testing and approval for American Market

This standard incorporates testing of the majority of attachment points possible on harness into one document. All applicable clauses are required to undergo Qualification (triplicate) testing before a product can be marked as compliant and verification testing at suitable intervals must be carried out.

For the dynamic testing of fall arrest attachments, drop tests are carried out to obtain a force between 16kN-17.7kN. During the test, at least one of the fall arrest visual indicators fitted to the harness must permanently deploy, and after testing the torso dummy must remain safely suspended in the harness for 5 minutes. The final height of the dummy after this 5 minute suspension is also recorded, and is then subtracted from its starting position in order to establish the degree of stretch/elongation in the harness. The torso dummy at rest should not exceed 30° from vertical.

A static test must also be carried out on these attachment points, applying a force of 16kN for one minute. There must be no tearing of straps, and slippage through buckles must be less than 25mm.

Shoulder attachments for rescue and retrieval purposes, waist rear attachments for work restraint and hip attachments to be used as a pair for work positioning all need to be tested with a static test of 16kN for one minute, without tearing, and with a maximum slippage through adjustment buckles of 25mm.

SATRA is able to carry out testing to all of these standards, including many other related fall arrest test methods too. We have test facilities that include; an internal test pit; an external test area with a 9 metre tall test tower; several tensile testers allowing testing up to 100kN; dynamic and static load cells which are used for many tests to record and display forces during fall arrest testing; and a range of fall arrest dummies which are available for testing, meeting all the requirements of the above standards, as well as a number of full-limbed dummies.

SATRA is a European Notified Body and has a team of experts on hand to assist with the process of testing and certification of products to meet the requirements of the PPE Regulation, including harnesses. A technical assessment of the product is required for all the European standards mentioned above, and all the requirements of the standards and the PPE Regulation (EU) 2016/425 must be met before an EU type-examination certificate is issued. This then allows the CE mark to be applied and the product can go on sale in Europe.