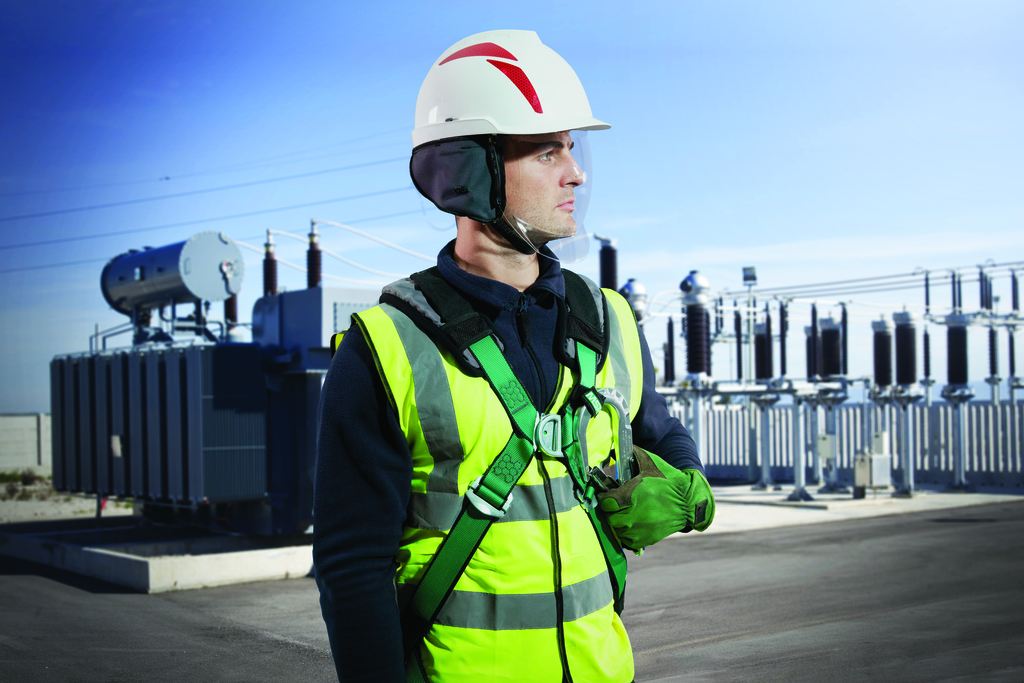 IN THE UK, the Health and Safety Executive has estimated there are 400 arc flash incidents a year, resulting in two fatalities, an average of 36 burn injuries and more than 230 injuries causing people to be off work for seven days or more. The most recent HSE statistics for 2018/19 record four worker fatalities due to contact with electricity or an electrical discharge, 2.7% of all worker deaths.1

So what is arc flash and why and when does it happen? The phenomenon occurs when electric current passes through the air between two conductors – often because a conductor was accidentally touched, or a tool slips or is dropped. Electrical equipment and services carrying 400 volts or more have the potential to be an arc flash hazard, and the risk of arc flash rises as the level of current increases.

Immediately an arc fault starts, an immense amount of heat and light energy is released as the current flows through ionized air. An arc flash will instantly vaporize steel and copper, spraying out droplets of molten metal at speeds of over 700mph and igniting any flammable materials. Arc flash temperatures are extreme – as high as 19,400 °C, which is around three times hotter than the sun’s surface. The cloud of plasma and ionized particles produced by arc flash can cause severe or fatal burns, including damage to the lungs if inhaled.

As the arc flash temperature increases, the electrical resistance between the conductors falls, drawing more current from the system. An arc flash will only stop when the circuit is broken by a protective device or something else stops the flow of current.

Arc flash also fuels a further phenomenon. As metals rapidly expand when vaporized, the expanding gases and hot air can create a loud and powerful supersonic pressure wave and sound blast known as an arc blast. The blast is effectively an explosion: it can carry a shower of molten metal, debris, and shrapnel, and easily throw workers and objects across a room.

The combination of factors present in an arc flash and arc blast often result in very serious injury or even death. The extreme temperatures and radiation can ignite ordinary (non-PPE) clothing even 3m from the arc, so skin burns are typically severe or fatal.

Molten metal and debris from the arc will spray out at high speed, penetrating and skin and standard protective clothing. The shockwave blast from the sudden air explosion can knock workers over or off ladders with the risk of injury and concussion. The noise of the arc blast standing in close proximity can be as loud as 140 dB, which is loud enough to potentially rupture the eardrums causing permanent hearing loss. For comparison, a jet engine is between 120 to 140 decibels. Lastly, the high arc flashlight intensity includes hazardous ultraviolet frequencies, which, without correct protection, may cause temporary or permanent eyesight damage or loss.

There are several potential ways that current flow can occur via an arc flash. These include:

Clearly the only way to eliminate all risk of arc flash is to fully power off equipment before electrical work commences, but often this is not possible or practical. When this is the case it’s essential that workers are fully qualified, assess and understand the specific arc flash risks, follow the appropriate safe operating procedures and wear arc flash rated Personal Protection Equipment.

Currently, UK legislation addressing arc flash risks falls to Regulation 4(1) of the Electricity at Work Regulations 1989. It states that ‘All systems shall at all times be of such construction as to prevent, so far as is reasonably practicable, danger’. The regulations also stipulate electrical systems are to be maintained if danger may otherwise exist, for safe systems of work to be in place and for protective equipment to be provided. Additionally, HHSG47 outlines the dangers which can arise from work near underground services (low and high voltage cables and pipes) and gives advice on how to reduce the risk.

Employers must identify any arc flash hazard for works and, if conditions cannot be made safe, assess the risk and put appropriate measures and protection equipment in place. Arc Flash Calculations are used to understand the potential energy involved in work area.

All categories of PPE equipment sold in Europe must meet specific performance and production requirements set out originally in PPE directive 89/686/EEC, which has been replaced by PPE regulation (UE) 2016/425.

When work is occurring on an electrical energised circuit, the likelihood of an electrician’s head and face being relatively close to potential sources of an arc flash is inevitably high. In fact, in more than 50% of arc flash accidents, thermal injury burns occur to the face or head.2

Despite this, there is no common PPE global standard against arc flash hazards. EN standards do however require electrician's visors to protect the face against arc flashes (EN166 marking "8" which does not consider the high radiation/temperature consequences of arc flash).

Meanwhile electrician's helmets are tested to ensure insulation when in contact with live wires:

Present EN standard arc flash protection requirements are for the visors; they do not include the helmet.

Arc flash is perhaps one of the most easily overlooked and under-recognised hazards when undertaking works that necessitate maintaining a live electrical supply. It’s essential that arc flash risk assessments are completed carefully, and that levels of risk mitigation and PPE protection are appropriate for the potential energy from an incident.

Given the challenges and risks associated with electrical safety, the demand for integrated head and face protection has, arguably, never been so high. It would seem there has been increased recognition of the value of equipping workers with fully integrated solutions. For an industrial electrician, a hard hat is way more than just a piece of PPE - it’s a companion and a lifesaver. Hard hats need to be robust and comfortable and above all else, an electrician's safety helmet needs to keep him or her safe - especially in potentially hazardous industrial settings.

With the introduction of the integrated approach, there is hope that the efficacy and safety of PPE, rather than cost, is firmly placed at the top of the agenda.

2. Source: ISSA Section for Electricity - Guidelines for the selection of PPE when exposed to the thermal effects of an electric fault arc