How to gain the benefits from sit-stand desks

The sit-stand desk has become increasingly commonplace in offices over recent years – but are they being used correctly? Guy Osmond, managing director of Osmond Ergonomics, gives an insight. 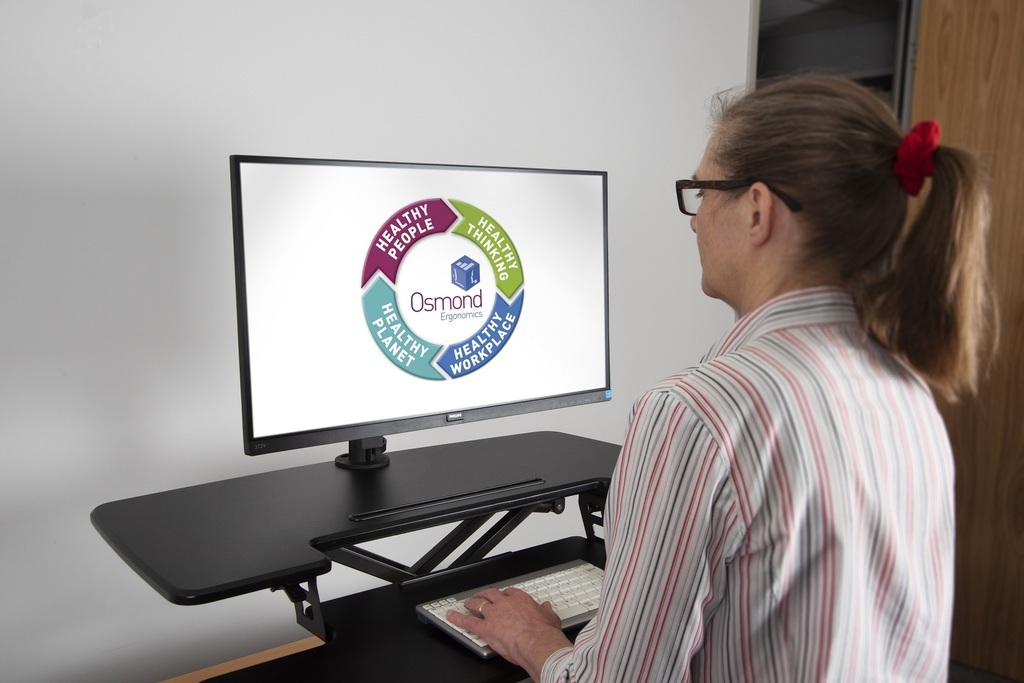 We know sitting for long periods is bad for us and linked with a host of negative health impacts, from musculoskeletal issues to a greater risk of diabetes. Yet office workers spend 70-85% of time sitting down.

The sit-stand desk is a widely-adopted intervention to tackle this problem, and while the evidence shows that when used correctly, sit-stand desks improve workers health and productivity, in many cases they are being under used or used inappropriately.

Explains Guy Osmond: “Too many suppliers just sell sit-stand desks with virtually no support around how to set them up correctly, or how to use them effectively.

“Our team of assessors and trainers go into workplaces and find issues ranging from poor posture and incorrect height settings to people standing for too long. Often they have completely failed to understand that the key benefit is not the ‘standing’ itself – but the ‘standing up’, the movement of the body from one posture to another.”

So how can the health benefits of a sit-stand desks be optimised?

It is far too easy to replace a poor sitting posture with a poor standing posture, says Guy: “Many users set the desk too low, and end up slouched forward, leaning on the desk with their head tilted up at the screen creating a very uncomfortable ‘vulture neck’. Many people also lock their knees which restricts blood flow.

“With a sit-stand desk, you should stand upright with your legs apart and slightly bent with one foot marginally in front of the other. Your elbows should be level with the desk. It may be necessary to raise or tilt the monitor slightly to the visible screen top is just below eye level in order to avoid tipping your head forward.”

The other mistake people make is seeing it as a binary - standing is not a ‘cure’ to sitting, adds Guy: “You have people standing for hours, thinking they’re being kind to their bodies but standing for long periods can be bad for you too, potentially leading to varicose veins, or foot problems for example.

“Whenever we supply sit-stand desks we ensure that the customer understands that movement is the key – and they need to mix sitting and standing; five to six minutes of standing for 30 minutes sitting is recommended.”

Crucially, transitioning to sit-stand desks is much more than a change of furniture; ‘it’s actually a culture change,” adds Guy.

“Installing the desks and training people is not the final step – you need to empower staff to use them by building a culture where people take breaks, and movement is accepted and encouraged.

“Encourage good habits by inviting workers to set reminders on their phones, or to stand for certain tasks and activities – sorting paperwork for example, or when a colleague comes over for a quick conversation.

“Introduced in the right way, sit-stand desks can be the catalyst for a far less static way of working which can help protect workers’ health.”

To discover more about sit-stand desks and a host of other ergonomics solutions to help support health, safety and wellbeing in the workplace visit https://ergonomics.co.uk/