Over the years, the importance of PPE has gained momentum and the sector is experiencing huge industrial growth. Here, Coralie Mortimer provides an insight into the two new pieces of legislation affecting industrial gloves in 2019. 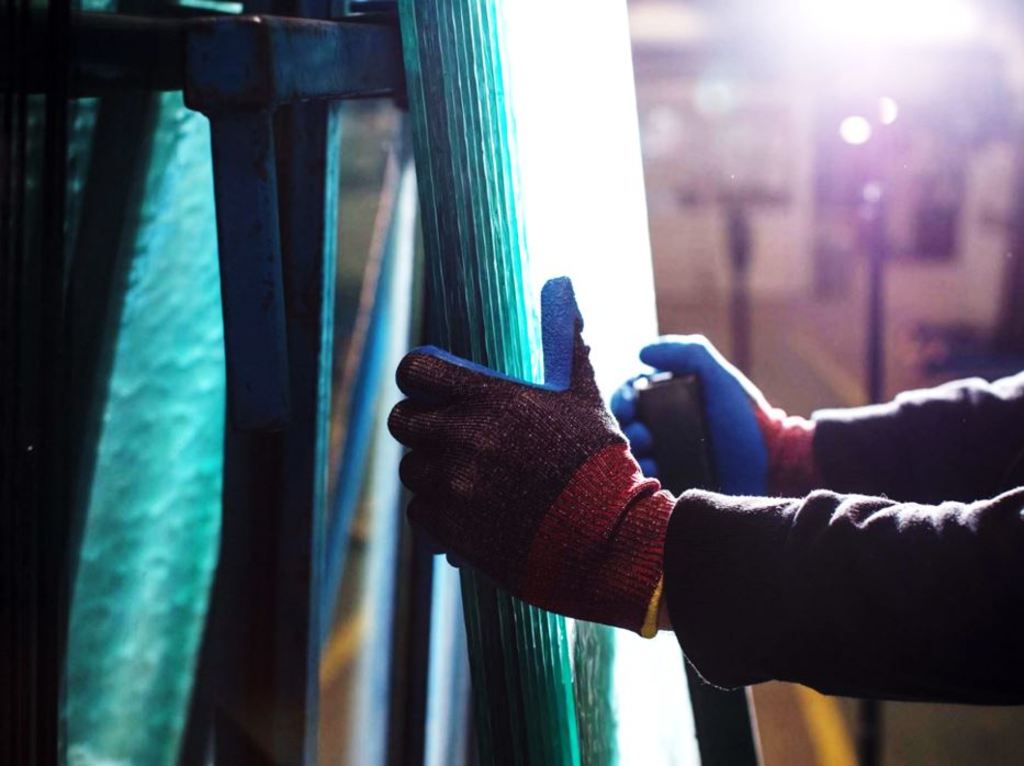 IT'S INTERESTING to reflect on how industry has evolved and along with it, our attitude towards human safety. Imagine living in the early days of the Industrial Revolution when lifestyles saw such a dramatic change. The population moved away from agriculture and simple rural communities to work in factories and mills where conditions were harsh with little or no regard for the workforce. Employee welfare was of no consequence; profit was the only goal. The pressure to work quickly, without disruption was immense and workers would risk life and limb on a daily basis to line the pockets of their employer.

Slowly, over the years, industry has realised the value of its workforce and the ethical compass has adjusted to reflect more modern thinking. Personal Protective Equipment, or PPE as it’s commonly known, is now an essential part of everyday working life. However, hazards faced in the workplace today are still multiple and vary hugely in severity. We strive to avoid or minimise incidents and prevent injury and illness as part of a continuous effort to reduce the loss of precious working days.

Advancements in technology and manufacturing techniques constantly provide us with new ways to protect ourselves and the range of PPE now available is almost infinite. The industry that’s built up around it is growing and the ‘Health & Safety’ message continues to gather momentum.

Huge scientific developments in materials and components mean that PPE is now manufactured using a multitude of different substances, each offering valuable protective properties. Hand protection is one particular area of PPE that’s invested heavily in scientific research. This has resulted in a massive variety of safety gloves available for different tasks and operations across the industrial spectrum.

All gloves classed as PPE must comply with the European Standard EN420 which ensures they are safe to wear, fit for purpose, and that gloves themselves do not impose a risk or cause injury. EN420 outlines product design, size, construction, comfort and efficiency, it also stipulates that levels of innocuousness are specified. Glove manufacturers must be able to prove that their products are non-hazardous by extensive testing of materials and construction.

As we’re constantly learning, we’ve become aware that some of the raw materials used in glove manufacturing come with their own set of hazards. Ironically, we now find ourselves needing protection from workplace dangers and the possible dangers of PPE itself.

Yarns and coatings commonly used to manufacture many different forms of hand protection rely on a range of complex chemical components. These chemicals enable the product to achieve necessary levels of protection, comfort, dexterity and grip. Glove manufacturers are aware of one particular compound that’s a definite cause for concern – Dimethylformamide, or DMF for short; a component of polyurethane widely used as a glove coating.

DMF is a clear, colourless liquid with a distinctive and very slightly unpleasant odour. It’s particularly attractive in the manufacturing process because of its high dielectric constant and its stability as a compound. It’s regarded as a universal solvent and a vital part of the PU manufacturing process. It would be impossible to achieve the required level of performance without using it but, unfortunately, there are hidden dangers!

DMF is thought to have detrimental effects on health if high levels come into contact with the skin. Scientific research is ongoing with regards to the exact nature and extent of these effects. However, minimising its presence in any product is of paramount importance.

In 2019 new EN388 regulations are due to come into force to place an official maximum limit on the amount of DMF that can be present in a glove. The limit is expected to be set at less than 10 parts per million. This will become law and gloves will be tested to ensure they do not exceed this limit.

All glove manufacturers must comply with the new DMF regulations by 2019. Although most of them currently do address the DMF issue to some degree; further action must be taken to achieve the new standards. They must refine or modify production to incorporate a far more efficient DMF removal process.

One manufacturer that has been particularly proactive is Tornado Gloves. Tornado technicians were aware of the pending change in the law some time ago. They also felt it necessary to improve the quality of their PU dipped gloves as a duty of care to their customers. They’ve developed their own unique method of almost completely eradicating DMF from their gloves. Its known as Clean Polyurethane Technology (CPU) and they’ve been successfully using it for a number of years.

This state-of-the-art cleaning and filtration system eliminates residual chemicals and solvents from the coating to provide the end user with a ‘super-clean’ glove with a DMF content of less than 4 parts per million. With the new limit set at 10 parts per million, this is a significant achievement and guarantees that there is zero transfer of any residual chemical to the hand during glove use.

The Evolution of PPE Regulation

Industry is moving fast, changing and evolving all the time, especially in the manufacturing sector. Standards that were once acceptable are now challenged with the introduction of new methods and the development of new machinery. Raw materials and components can become more resilient and pose a greater threat to safety and other areas of risk may diminish or disappear completely. New knowledge fuels the rollercoaster of progress so it’s vital that PPE Regulation keeps up with the pace.

As we’ve moved forward from the naive and irresponsible days of the Industrial Revolution, hand protection has been regarded with ever-growing importance. Today there’s a massive array of choice available when choosing a glove. In order to identify the correct hand protection for any given task, all reputable safety gloves are tested to EN388 (Protective Gloves against Mechanical Risks). Historically, the test has been is split into four different parts each testing a different element of protection. Gloves were tested for Abrasion, Cut (also referred to as ‘Coup’), Tear and Puncture, the results of which were used to achieve a numeric score in each category. An EN388 score was represented by four numbers forming a pictogram which must be clearly visible on each individual glove.

From 2003 this four-part test was recognised globally as the official standard for industrial safety gloves. Manufacturers adhered to the testing structure and glove users understood the information it provided.

However, over time, it became apparent to the Testing Houses that some gloves could bypass the system. Gloves manufactured with steel or glass fibre, by their very nature, were able to blunt the Coup Test blade. With the blade blunted, the fabric of the glove was able to withstand far more revolutions hence appearing to be more cut-resistant. A higher, false score was recorded hence providing unreliable information to the end-user.

In 2016 legislation took positive action to remove the issue of the inaccurate Coup Test and also improve the testing to keep up with modern industry requirements. An additional layer of testing was applied to EN388:2003 to create EN388:2016. The addition was two-fold; firstly, the TDM-100 cut test was introduced to identify the level of cut-resistance far more accurately. Secondly, a completely new test for impact was added.

TDM-100 is used in addition to the existing Cut (Coup) Test which remains hugely important. Coup is now used to determine when a glove should be elevated to the new TDM test. Strict testing criteria determines the sharpness of the Coup Test blade and a mathematical equation determines the level of cut performance of the glove by exerting a standard 5 Newtons of force against a circular rotating blade. Test criteria then deems that the product should be placed under the new TDM-100 test parameters if a dulling of the blade sharpness is calculated. The TDM cut test becomes compulsory if 60 cycles are recorded at this point.

This new test is carried out by using a constant blade speed of 2.5 mm/s, with a new rectangular blade over a 20mm distance with Newtons of load applied. An alphabetical rating of A-F is then recorded based on the Newtons of load. This is now a means of identifying higher cut resistant gloves which would previously dull the blade within the original EN388 test.

How to recognise the new test

The additional test means that gloves will carry new coding that can be identified by a 5 or 6 digit score. It’s optional for the manufacturer to state the old levels 1-4 of cut (coup) resistance as the second digit on the glove score. If the TDM test is conducted an X can be placed at digit 2 within the sequence. However, it’s compulsory to state the alphabetic level at digit 5 of the sequence if the TDM test was conducted, for example:

The addition of impact testing

The opportunity was taken at this point to improve things further by adding an extra test for impact resistance. As impact was not included in the original EN388:2003 test, this adds value and provides even more useful information for the end-user. The impact test means a sixth digit may also be present in the score. This test is only necessary if the glove is intended for impact protection; a specific requirement in some industries. The test quantifies a straightforward pass or fail, denoted by P or F.

From April 2019 all gloves must be tested to the new EN388:2016 standards and carry the new style pictogram. This coincides with the introduction of the new DMF Test resulting in far more robust international standards for hand protection and a far greater degree safety for the workforce.

The high level of importance that we all place on Personal Protective Equipment today is fantastic. Technological developments, new knowledge and advancements in science all help PPE manufacturers respond to the demands of industry and changing requirements of the end-user. All the new standards that come into force in 2019 equate to a very positive step forward for human safety in the workplace that should be warmly welcomed by everyone.