British engineering company Rolls Royce has been sentenced after an employee was diagnosed with a debilitating condition that has left him with permanent nerve damage. 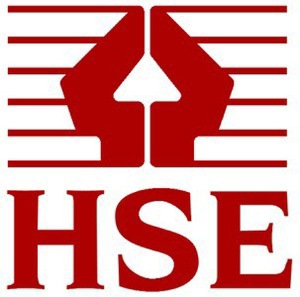 The Health and Safety Executive (HSE) prosecuted the company after Allan Thornewill, 55, from Derby, developed bilateral carpal tunnel syndrome after being exposed to high levels of vibration at the company's premises in Wilmore Road, Derby.

Derby Crown Court heard today (16 August) that Mr Thornewill operated wet blasting cabinets, used to clean turbine blades cast in the Derby foundry, for up to nine hours a day. He had to hold the blades in his hands as they were blasted with water under pressure which exposed him to high levels of hand arm vibration (HAV).

The court was told that after developing pins and needles and then numbness and pain, Mr Thornewill reported the symptoms to his line manager and sought treatment from his GP. In September 2009, he was diagnosed with carpal tunnel syndrome and was unable to work for around four months.

Mr Thornewill has since had four operations on his hands and still suffers dexterity problems in his right hand and weakness in both wrists.

HSE's investigation found Rolls Royce plc did not properly assess the vibration risks faced by workers using the wet blasting cabinets and no suitable control measures were implemented, such as limiting exposure, or providing alternatives.

Mr Thornewill received no pre-employment screening and was not included in the firm's health surveillance list.

Mr Thornewill has since returned to work at the company in a different role that doesn't involve working with vibrating machinery. In 2012, Rolls Royce installed an automated system to replace the use of the Vapormatt cabinets.

Rolls Royce Plc of Buckingham Gate, London, was fined a total of £60,000 and ordered to pay £18,168 in costs after pleading guilty to a breach of the Control of Vibration at Work Regulations 2005, and a breach of the Health and Safety at Work etc Act 1974.

"Hand Arm Vibration Syndrome and carpal tunnel syndrome linked to vibration exposure are preventable. However, once the damage is done, it's permanent with no cure.

"Proper health surveillance is vital to detect and respond to early signs of damage. Rolls Royce plc failed to take action to prevent damage caused by the vibrating wet blasters, failed to provide Mr Thornewill with health surveillance and then failed to respond when he reported ill health. This has led to him suffering prolonged pain and discomfort with some permanent damage which affects the quality of his life.

"The company should have properly assessed the level of vibration exposure and limited the amount of time workers spent using the wet blasters."

Almost two million people in the UK work in conditions where they are at risk of developing vibration-related ill health such as Hand Arm Vibration syndrome and carpal tunnel syndrome. Information on preventing the condition is available at www.hse.gov.uk/vibration/hav
MORE FROM THIS COMPANY